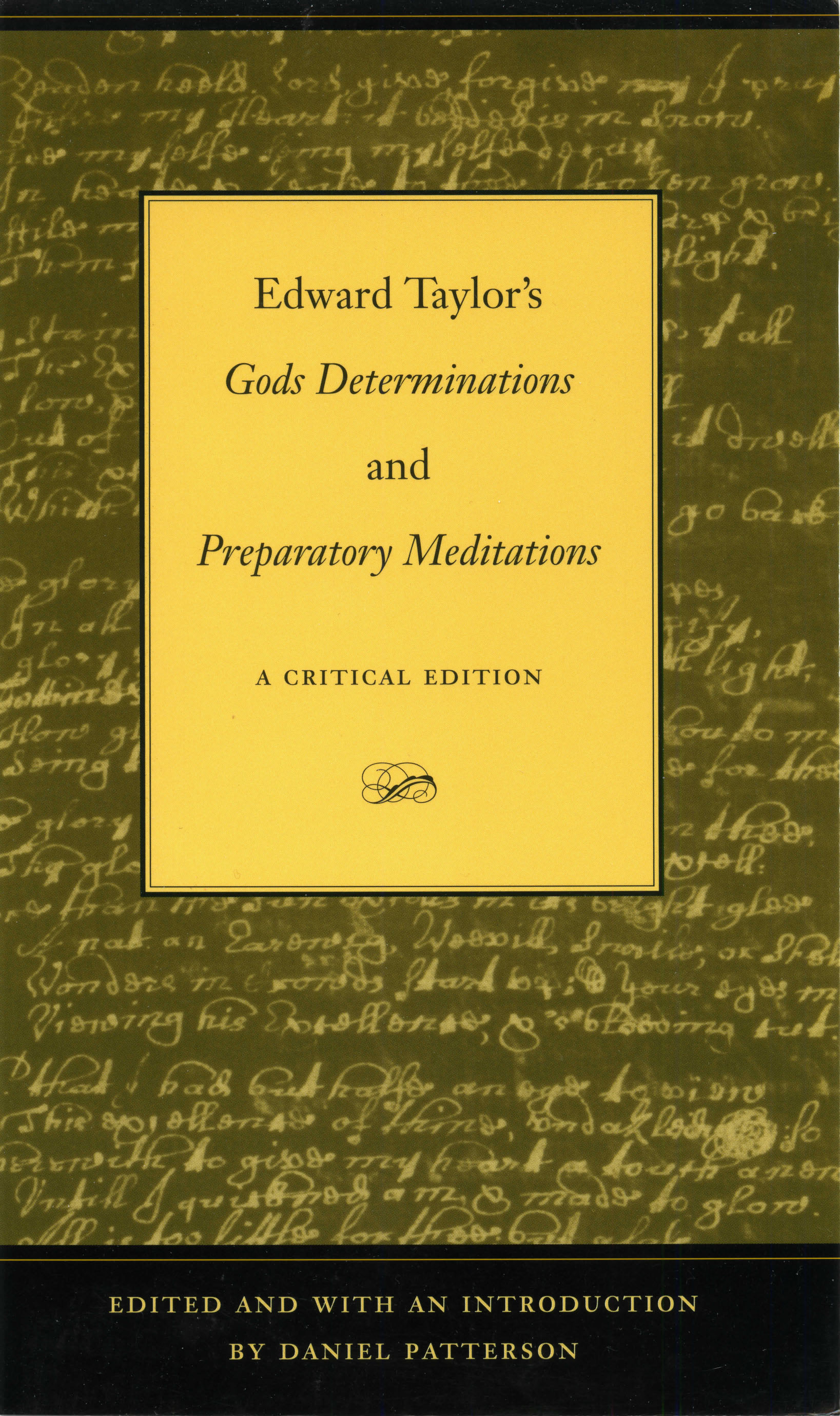 Daniel Patterson's Edward Taylor's Gods Determinations and Preparatory Meditations: A Critical Edition reconsiders the texts of Taylor's two major works for the first time since Donald Stanford's 1960 edition. This volume also offers the first complete text of all of the Meditations that Taylor transcribed into his "Poetical Works" manuscript. The restoration of Taylor's text, however, is the most enduring value of this edition, which is designed to become the new standard edition of these poems.