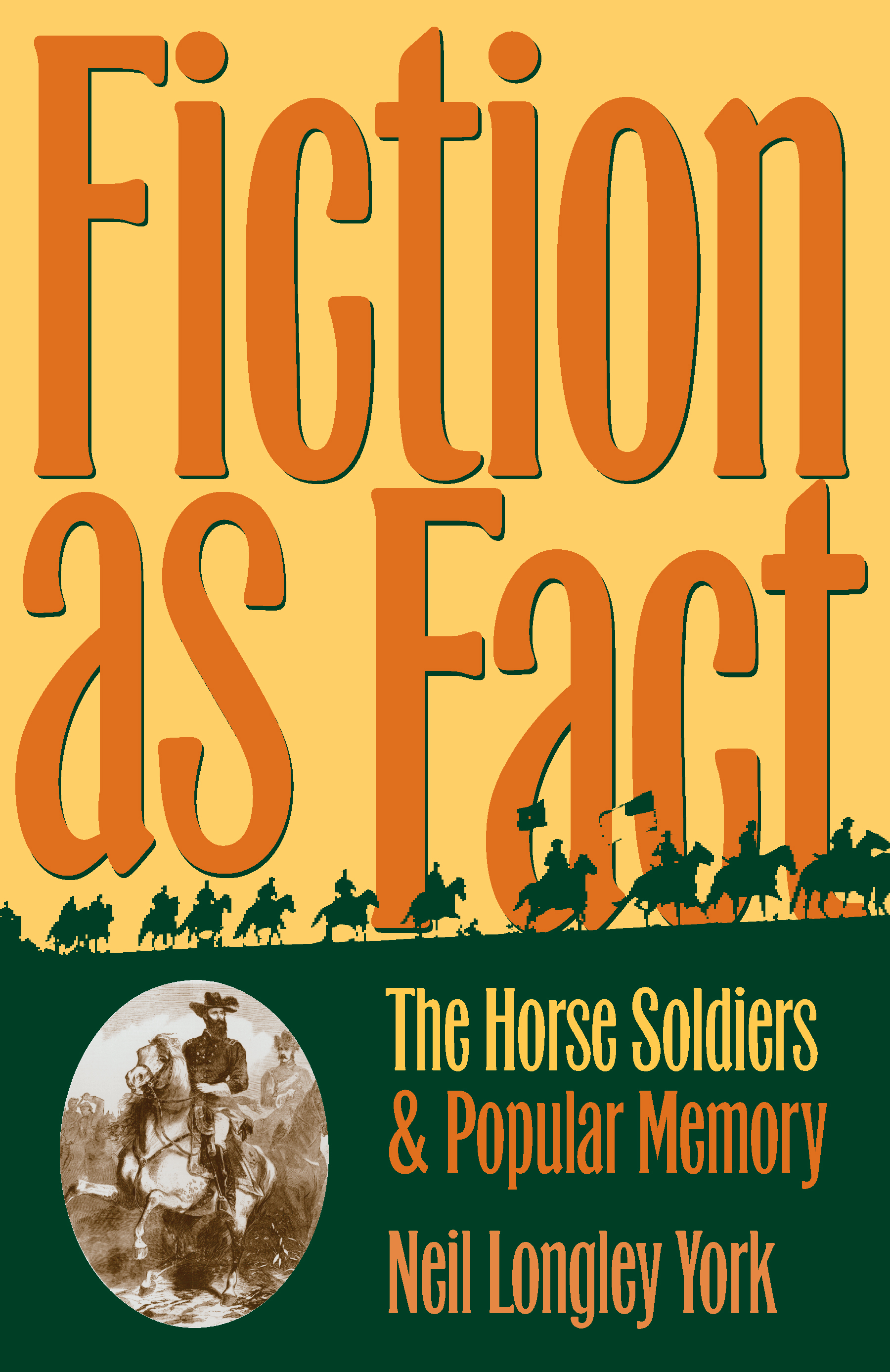 "The Horse Soldiers" and Popular Memory

Colonel Benjamin Henry Grierson led a cavalry expedition that General Ulysses S. Grant hoped would distract Confederate forces while the Union Army made its move toward Vicksburg. In the spring of 1863, setting out from LaGrange, Tennessee, Grierson took a column of Yankee troopers south the length of Mississippi, destroying rail lines and rolling stock, torching supply depots, and disrupting Confederate communications.

Fiction as Fact: “The Horse Soldiers” and Popular Memory is a thorough examination of this famous military action through three genres—Dee Brown’s 1954 historical account, Grierson’s Raid; Harold Sinclair’s 1956 novel The Horse Soldiers; and John Ford’s 1959 film of the same name. Neil Longley York demonstrates how historical “truths” are often omitted, fragmented, and altered before being assimilated into popular culture and how the events of our past are often molded to fit the constraints of the present.