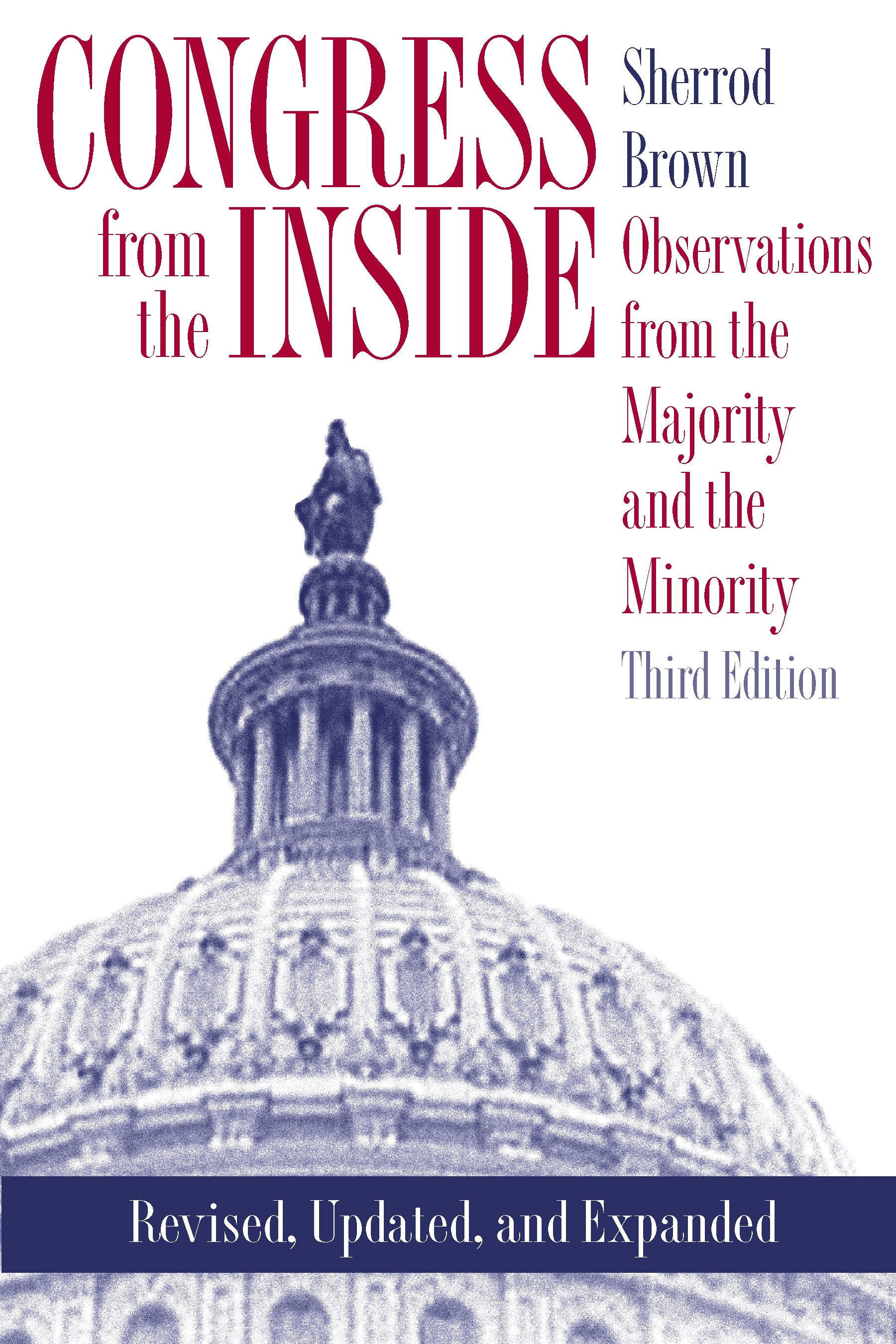 Four decades of Democratic control of Congress abruptly came to an end with the 1994 elections, which propelled the Republican party to an unfamiliar role as the majority party in both houses of Congress. Second-term congressman from Ohio Sherrod Brown was thrust into this frenetic first 100 days which were very partisan and often very nasty. Congress from the Inside takes freshman Congressman Brown through the halls of the Capitol as he learns his job; depicts the inner-working and deal-making of Congress; shows how legislation is crafted; and visits the offices of other members and small meetings where much of the work of Congress is done. Brown's third term, still as a member of the minority party, exposes the strengths and weaknesses of Congress as an institution, its successes and failures, its diversity and its elitism. This account of the transition from a political majority status to minority status discloses the trauma felt by one party and the exhilaration experienced by the other as one era ended and a new one began.