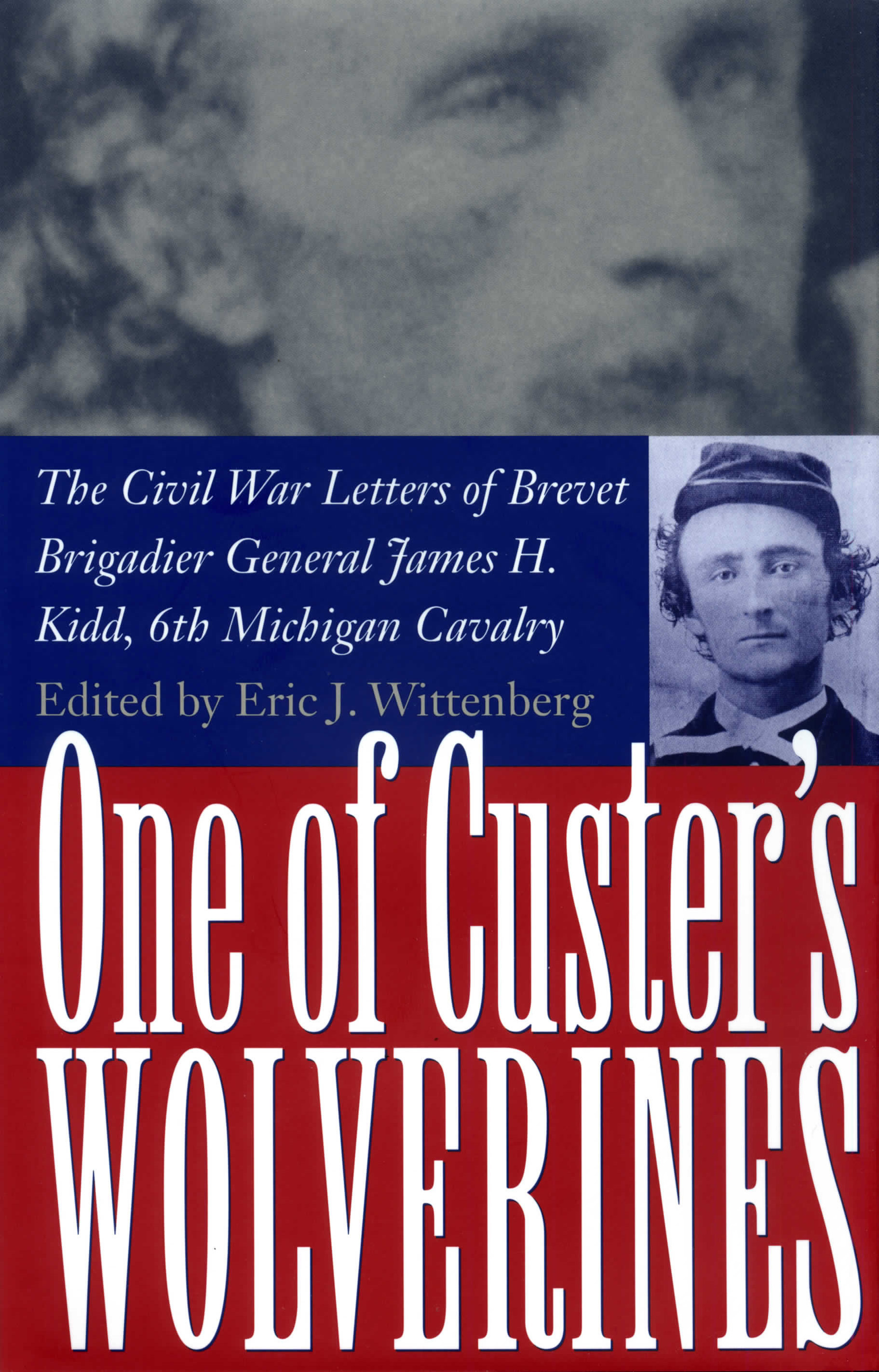 One of Custer's Wolverines

Primarily known for his postwar exploits, most famously his 1876 defeat at Little Big Horn, George Armstrong Custer is receiving renewed interest for his successful Civil War generalship. He led the Michigan Cavalry Brigade in more than sixty battles and skirmishes. Forming perhaps the finest single cavalry brigade in the war, these horse soldiers repeatedly proved themselves as formidable opponents to the Confederates, earning them the nickname of “Custer’s Wolverines.”

Among the Wolverines was James Harvey Kidd, who serves  as an excellent example of the sort of man who followed Custer’s lead. A newspaperman by training, Kidd wrote long, eloquent letters to his friends and family in which he detailed the conditions and experiences of life in the field.

Eric J. Wittenberg is a lifelong Philadelphia Phillies fan and native of southeastern Pennsylvania. Having grown up in the early 1970s, he understands losing baseball teams. He is a lawyer in private practice and an award-winning Civil War historian. He and his wife Susan reside in Columbus, Ohio, where he struggles to follow his beloved Phillies. Michael Aubrecht has dedicated his studies to the histories of major league baseball teams, the Civil War, and the American Revolution. He has written multiple books, as well as hundreds of articles for publications including Baseball Almanac. He produced the documentary “The Angel of Marye’s Heights” and is vice chairman of the National Civil War Life Foundation.