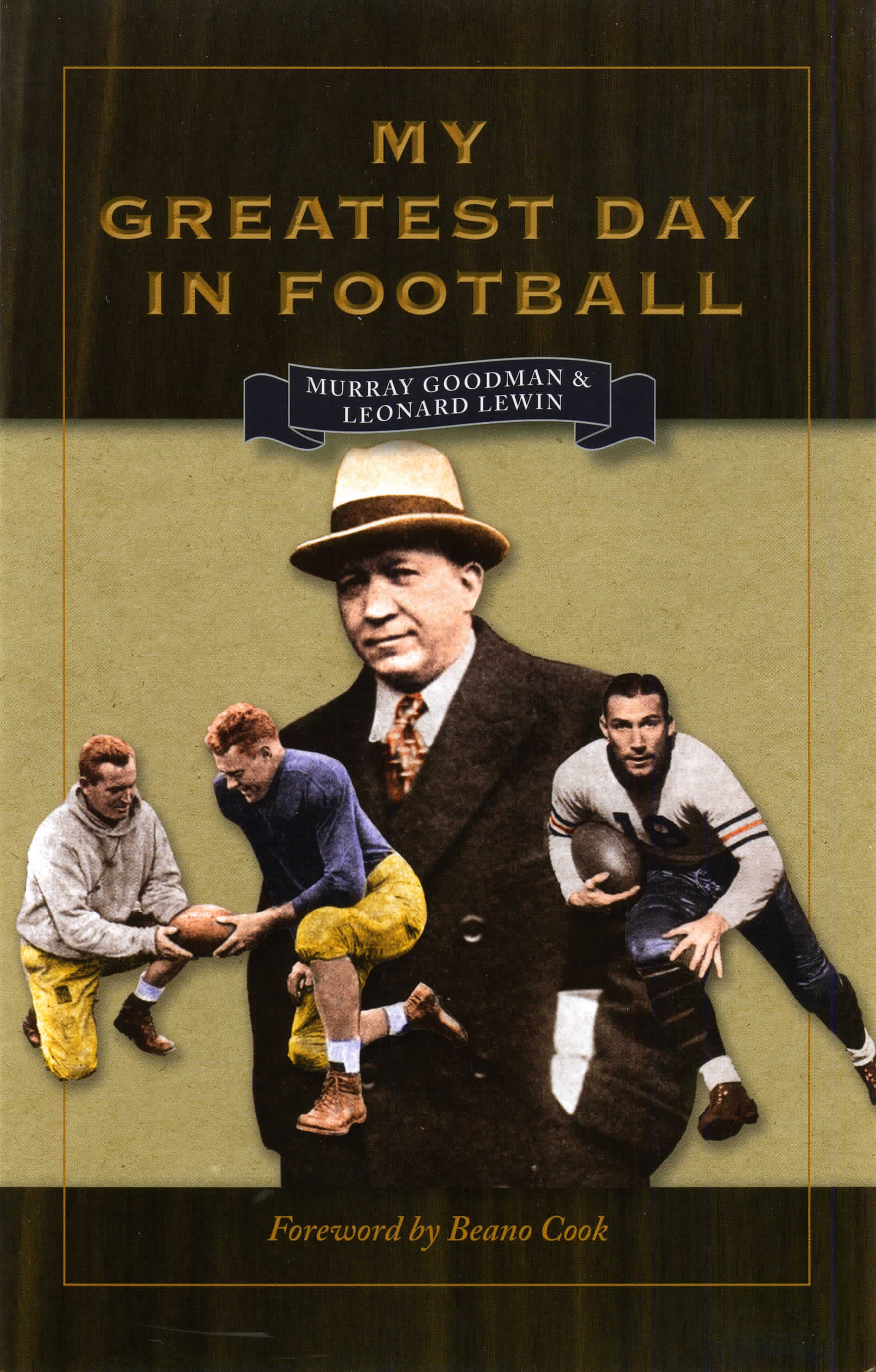 My Greatest Day in Football

“For folks who have been around for a while, this book will conjure up many a great memory. And for younger readers, it will provide a fine history lesson and some excellent insight into the way the sport has evolved.”—From the foreword by Beano Cook

First published in 1948, My Greatest Day in Football is a collection of reminiscences and stories from football’s early stars. College football games were the most memorable moments for many of these players and coaches, though some highlight professional and even high school games. Sam “Slingin’ Sammy” Baugh recounts the National League Championship game played at Wrigley Field during his rookie season; Felix A. “Doc” Blanchard, nicknamed “Mr. Inside” for his powerful running attack, describes the triumphant day when Army ended its thirteen-year losing streak to Notre Dame; and Glenn Scobie “Pop” Warner explains why a tough battle against Cal was his greatest day, even though his Stanford team was not victorious. George “the Gipper” Gipp, Knute Rockne, and Paul Brown, who perhaps provides the most surprising game of all, are all included in My Greatest Day in Football.

While not all of the thirty-five contributors’ names may be immediately recognizable, all their stories are entertaining and rich with nostalgia. Editors Goodman and Lewin introduce each subject with a brief summary of his career and provide the lineup and statistics of each great game. Football fans everywhere will enjoy this flashback to the game’s early days.

Murray Goodman was a sports editor for Universal Service Syndicate before joining the media department at Madison Square Garden and becoming well-known as a boxing promoter.

Leonard Lewin was a sportswriter for fifty years for the New York Mirror and New York Post.