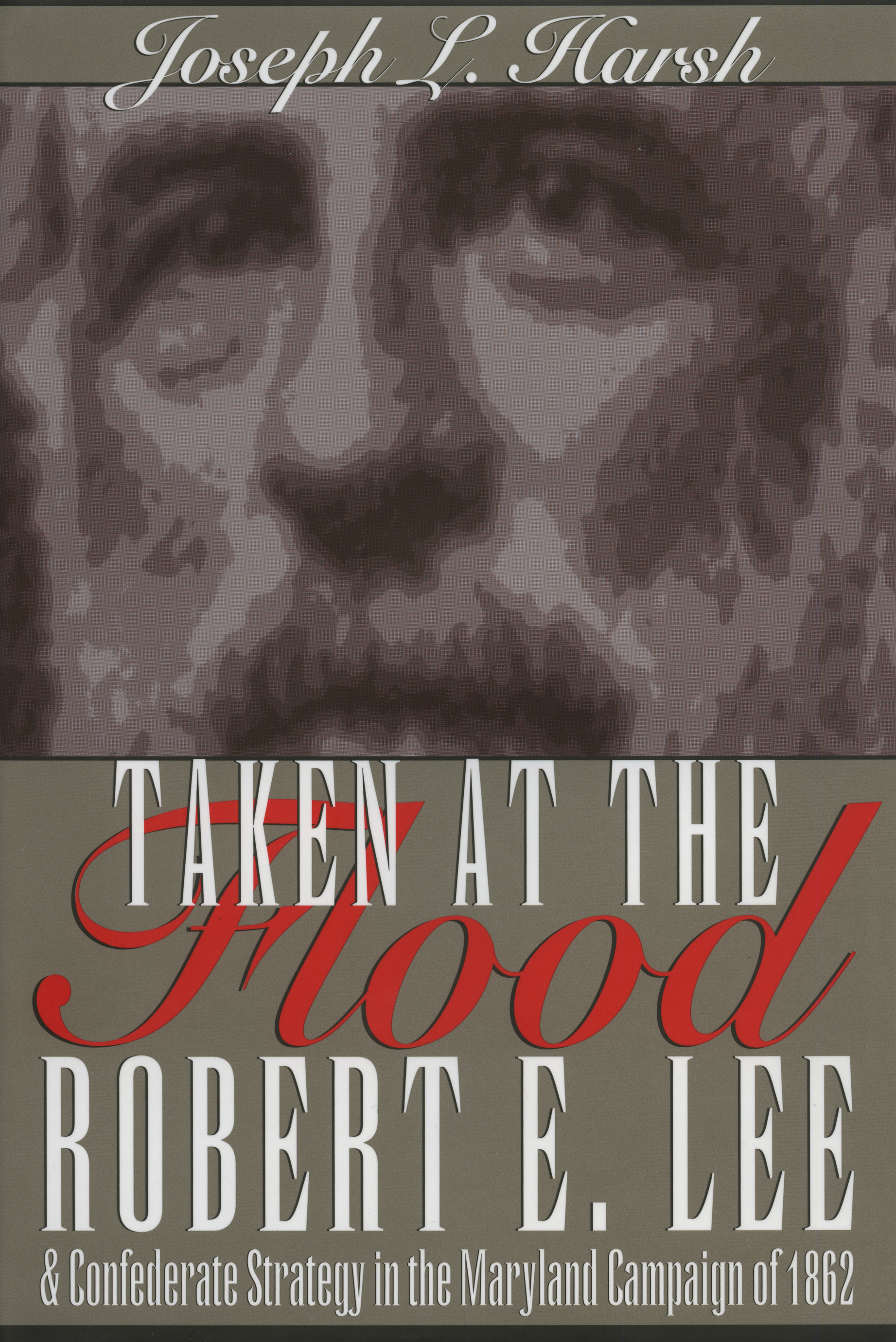 Taken at the Flood

Robert E. Lee and Confederate Strategy in the Maryland Campaign of 1862

Complementing Confederate Tide Rising, which covers the origins of the Maryland campaign, Taken at the Flood is a detailed account of the military campaign itself. It focuses on military policy and strategy and the context necessary to understand that strategy. A fair appraisal of the campaign requires a full appraisal of the circumstances under which the two commanders, Robert E. Lee and George B. McClellan, labored. Harsh attempts to discover what they believed their responsibilities were and what they tried to accomplish; to evaluate the human and logistical resources at their disposal; and to determine what they knew and when the learned it.

Antietam has languished in the long, obscuring shadow cast by Gettysburg. Harsh advocates rethinking the Maryland campaign and promotes the argument that Antietam was one of the most interesting, critical, and potentially enlightening episodes in U.S. history.

The late Joseph L. Harsh was professor and former chair of history at George Mason University. He is the author of Confederate Tide Rising: Robert E. Lee and the Making of Southern Strategy, 1861-1862 (The Kent State University Press, 1998).