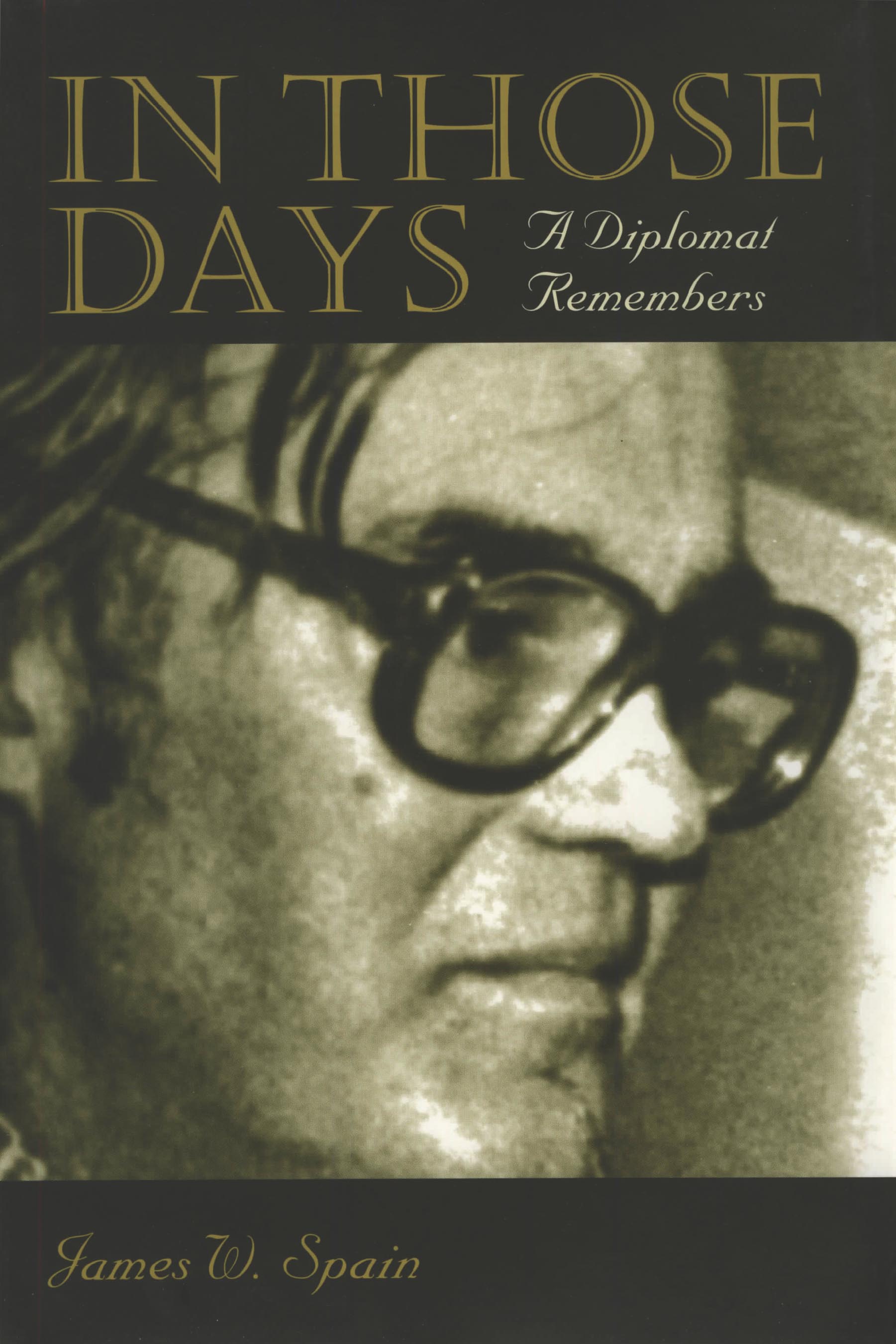 In Those Days is the candid, often funny, autobiography of a twentieth-century American diplomat who spent most of his life in high-level diplomacy in Asia and Africa. The story takes James Spain form an Irish Catholic childhood in gangster-era Chicago through military service as Douglas MacArthur’s photographer in occupied Japan and university life at Chicago and a Ph.D. from Columbia. His Foreign Service career brought postings in Islamabad, Istanbul, and Ankara and four ambassadorships—in Tanzania, Turkey, the United Nations (as deputy permanent representative), and Sri Lanka.

Spain’s memoir offers readers a firsthand account of U.S. diplomacy and of a family that tied its experiences to the events of contemporary history. He writes of personal triumphs and family tragedies and speculates on the meaning of it all, including the joys and tribulations of retirement in Sri Lanka.

Published in cooperation with the ADST-DACOR Diplomats and Diplomacy Series.

In retirement the late James W. Spain was actively engaged in organizing a power and irrigation project in Sri Lanka. He is the author of The Pathan Borderland; People of the Khyber; Pathans of the Latter Day; and American Diplomacy in Turkey.