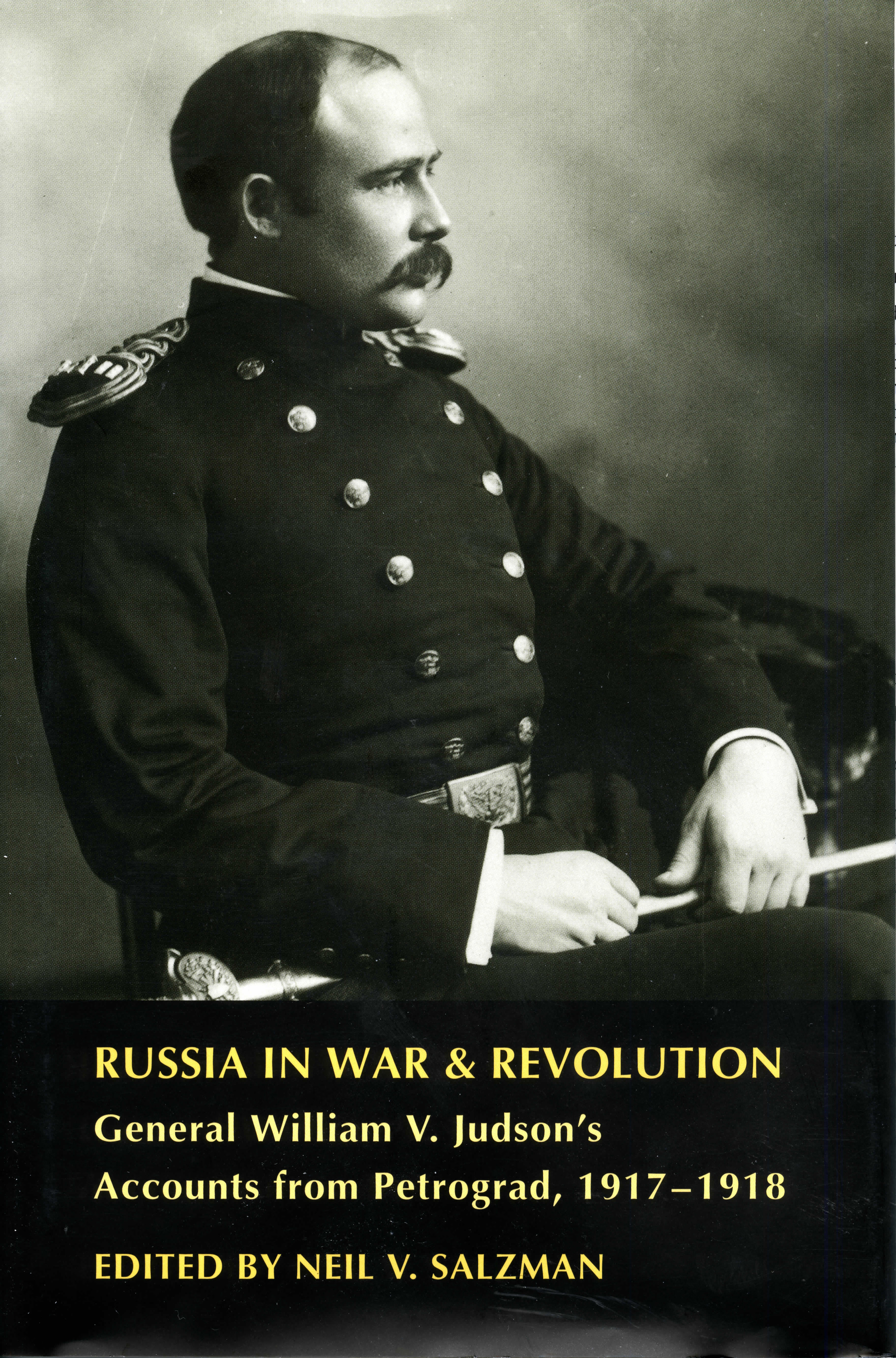 Russia in War and Revolution

General William V. Judson was Military Attache and Chief of the American Military Mission in Russia at the time of the Bolshevik Revolution. His letters, memoranda, and reports constitute one of the most informed eye-witness accounts of war and revolutionary conditions under the Provisional and Bolshevik Governments of Russia after the February Uprising and abdication of Czar Nicholas II, and shed light on the initiation of U.S. Soviet relation. Judson's overriding task was to keep Russia in the war against Germany. His official communications pay particular attention to the organization and battle-readiness of the Russian Army. Published here for the first time is Judson's documentation of his December 1, 1917, meeting with Trotsky, the first official face-to-face discussions between a leader of the Bolshevik government and a diplomatic representative of the U.S. government. Notable as well in this volume are Judson's analyses of the role of the Soviet of Workers Deputies and the Kornilov Uprising. The collection concludes with some of his observations on revolutionary Russia and U.S.- Soviet relations after his return to the States in February 1918. Judson was convinced of the necessity of direct discussions and negotiations between the U.S. and the Trotsky-Lenin government following the Revolution. However, President Wilson and the three republican administrations that succeeded him chose a different course. The publication of these papers will contribute to our understanding of both the Revolution and the American struggle to find an appropriate policy to guide relations with Bolshevik Russia.

Neil V. Salzman is a professor of political science at Fairleigh Dickinson University. He is the author of Reform and Revolution: The Life and Times of Raymond Robins (Kent State University Press, 1991).