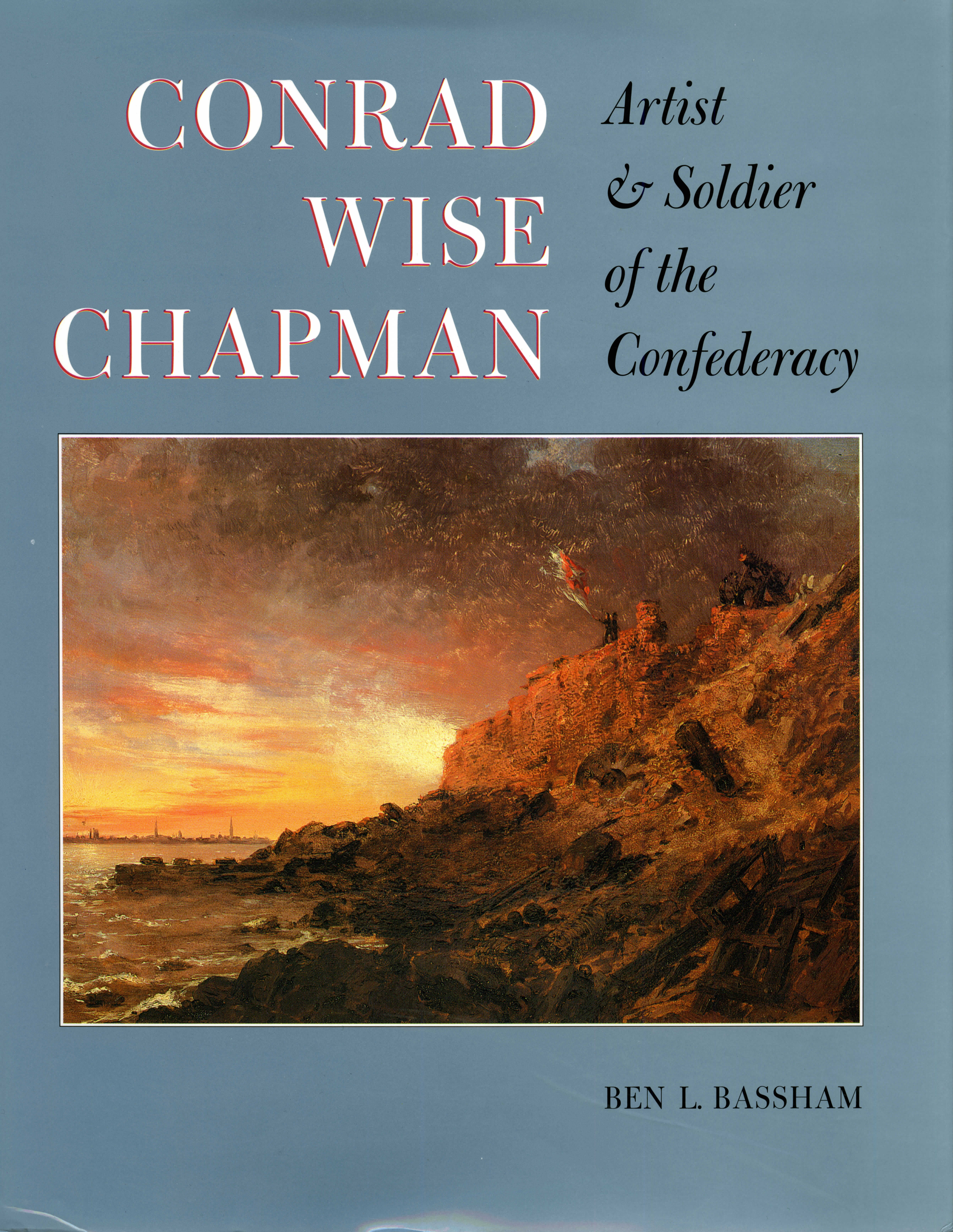 Artist and Solider of the Confederacy

Conrad Wise Chapman (1842-1910) is unique among Civil War artists: he painted and sketched while on duty as a Confederate soldier who served in three theaters of the war. Chapman’s first-hand knowledge is evident in his work. Ben Bassham has written both a critical study of Chapman’s art and a biography, incorporating Chapman’s correspondence and Civil War memoirs.

Conrad’s father, artist and teacher John Gadsby Chapman, moved his family from the U.S. to Italy in 1850. In 1861, Conrad returned to enlist in the Confederate Army. He served for a year in the West and was wounded at Shiloh. Following his recovery, he was transferred to a regiment in Virginia, and a year later he went to Charleston, where he was ordered by General Pierre G. T. Beauregard to create a pictorial record of the Confederate Army’s defense of Charleston harbor. Chapman completed a series of 31 paintings of Charleston as well as many other Civil War-related pictures familiar to historians. In 1867 he wrote his memoirs of his days as a soldier, a record that contains vivid descriptions of camp life, his first taste of battle, and his weeks in Confederate hospitals.

After the war, Chapman spent eighteen months in Mexico, becoming the first American artist to paint that country’s landscape. He lived the remainder of his life in Europe, Mexico, and the United States. The historical importance of Chapman’s paintings as a record of the Civil War cannot be overemphasized, but this study also places Chapman’s art for the first time in the context of Southern as well as American art.