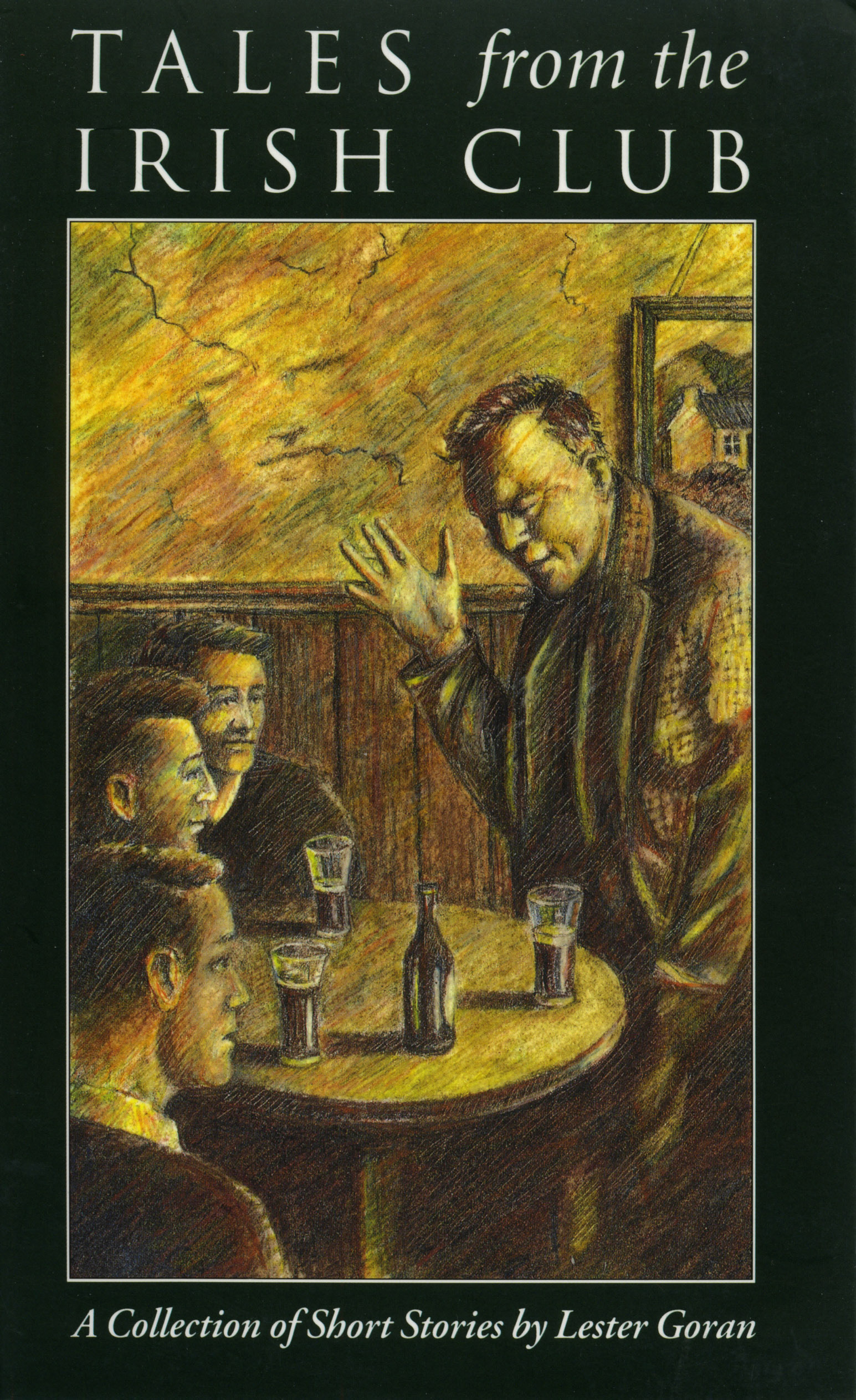 Tales from the Irish Club

A Collection of Short Stories

Tales from the Irish Club contains 11 wry accounts of an enclave of Irish Americans in Pittsburgh during and after World War II. In this first collection of short stories by Lester Goran are the often comic, sometimes tragic tales of Jack Lanahan, the transcendental artist who carves nothing but wooden roosters; Long Conall O’Brien, haunted by the ghosts of prostitutes he has known world-wide; Mrs. Pauline Conlon, famous as the woman who outlives three husbands—until she meets Sailor Kiernan; and the night an image of the Madonna appears on the wall of Local No. 9 of the Ancient Order of Hibernians.

Ranging from the grimly realistic to the fantastic, Goran’s stories examine lives so unheralded that only the Irish Club, Forbes Field—where the Pirates break their hearts, and St. Agnes Church—where they attend school and prepare for eternity—know their joys and sorrows.

“Tales from the Irish Club presents a group of stories so well imagined that one can hardly tell them apart from life…They are meant to overheard, not heard, as if the reader were a child at a wedding eavesdropping on someone’s loquacious, slightly drunken aunt…I abandoned the Hibernian world of Lester Goran’s Pittsburgh with a sense of loss. Closing his book felt like driving away from my own boyhood city after a large Thanksgiving dinner, with improbable stories still echoing in my head. Tales from the Irish Club is a memorable work.”—New York Times Book Review

Lester Goran is a professor of English at the University of Miami. His other publications include The Bright Streets of Surfside: The Memoir of a Friendship with Isaac Bashevis Singer (1994), She Love Me Once and Other Stories (1997), Outlaws of the Purple Cow and Other Stories (1999), and nine novels, including Mrs. Beautiful, The Demon in the Sun Parlor, and The Keeper of Secrets.