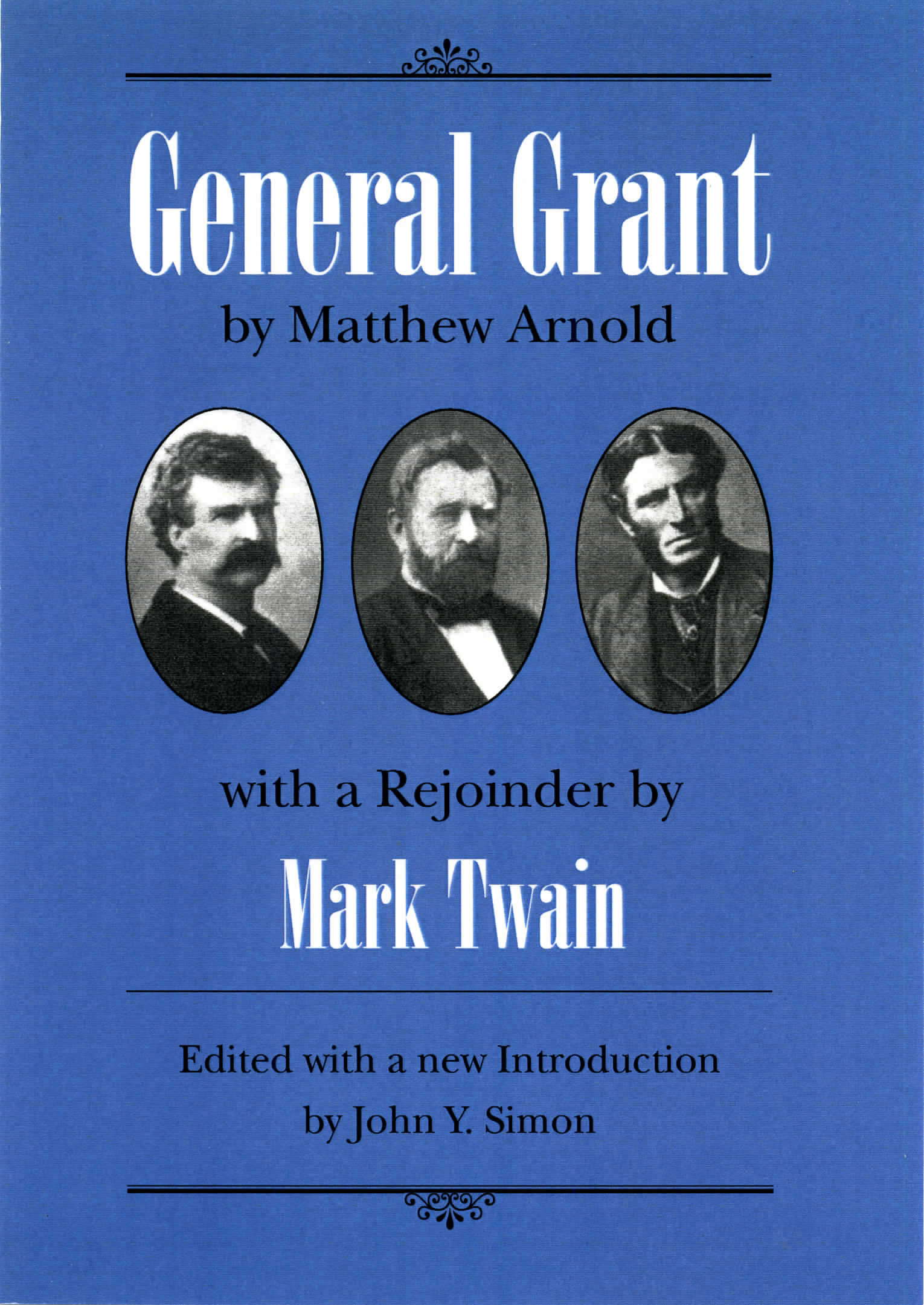 by Matthew Arnold with a Rejoinder by Mark Twain

“The editor has placed the dispute between Arnold and Twain in its historical perspective. The volume is especially significant because it adds a new dimension to Grant; it places him in relation to the literary men of that era.”—Robert A. Waller, Civil War History

General Grant by Matthew Arnold with a Rejoinder by Mark Twain presents conflicting essays and cultures. Matthew Arnold's 1886 essay on Grant praised the general and his posthumously published Memoirs, but to many Americans its tone seemed patronizing of their hero and country. Grant's friend and personal benefactor, Mark Twain, delivered a caustic rejoinder to the Army and Navy Club of Connecticut in April 1887. Thus Arnold became a pet prejudice of Twain's and may have served as an inspiration for A Connecticut Yankee in King Arthur's Court.

In this volume, Twain's rejoinder is published in a correct text for the first time since the Hartford Courant printed his speech.

The late John Y. Simon was professor of history at Southern Illinois University, Carbondale and executive director of the Ulysses S. Grant Association. He was editor of The Papers of Ulysses S. Grant.