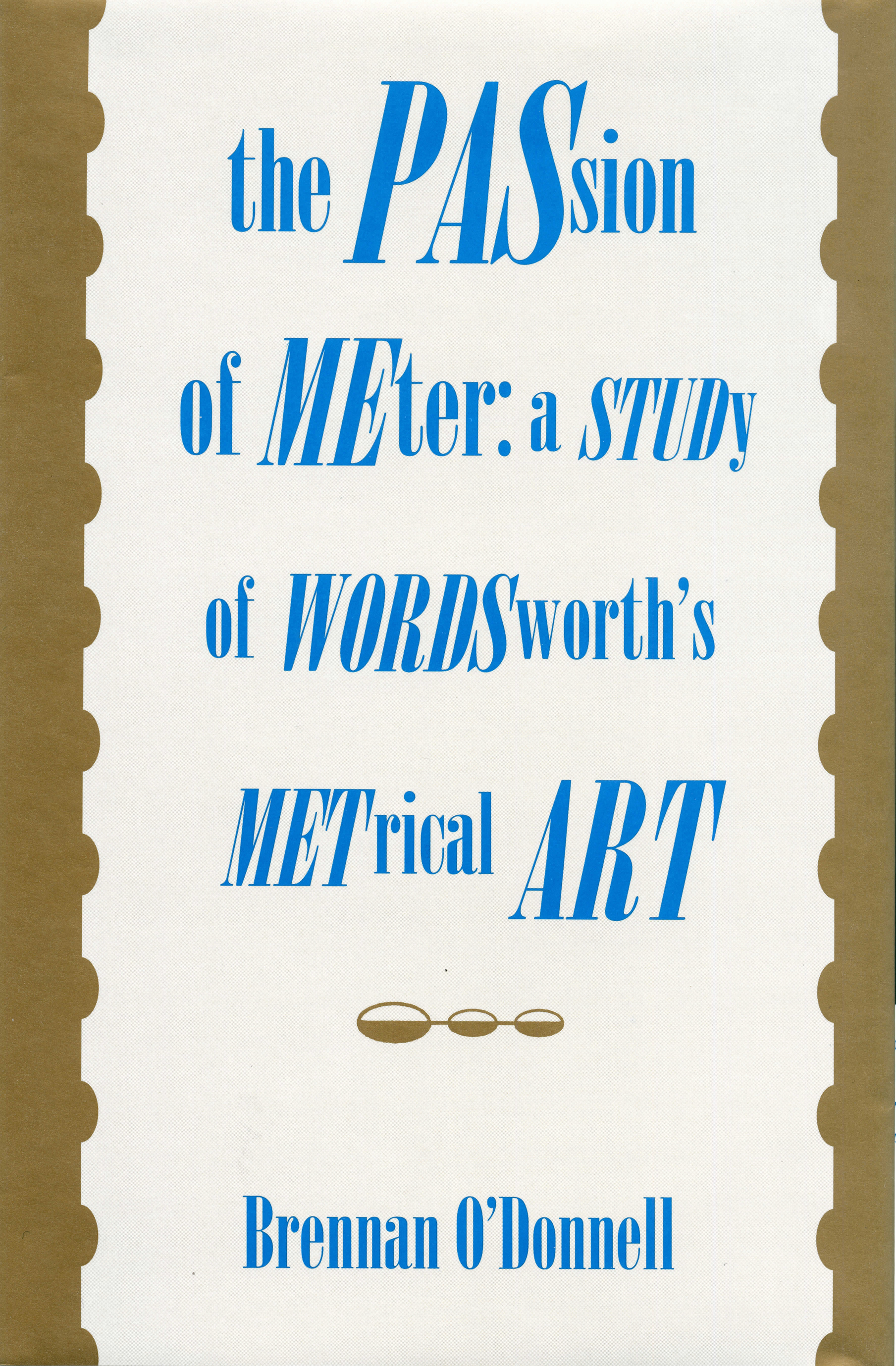 The Passion of Meter

A Study of Wordsworth's Metrical Art

The Passion of Meter is the first extended critical study of Wordsworth's metrical theory and his practice in the art of versification. Until now, relatively little attention has been paid to the relationship between Wordsworth's attempt to incorporate into his poetry the language of "common life" and the highly complex and decidedly conventional metrical forms in which he presents this language. O'Donnell provides a detailed treatment of what Wordsworth calls the "innumerable minutiae" that the art of the poet depends upon and of the broader vision to which those minutiae contribute. Beginning with a reassessment of Wordsworth's frequently misrepresented prose comments about meter, O'Donnell argues that these comments-considered in light of Wordsworth's practice and within their 18th-century context are more unorthodox and challenging than previously thought. In emphasizing the physical body of the poem as the site of a dynamic tension between conflicting passions - "the passion of sense" and "the passion of meter "Wordsworth places issues of metrical form and versification in the foreground of his theory of poetry. The core of this book is dedicated to a close examination of the elements of Wordsworth's craft. It sets forth in detail the rules and conventions that govern the poet's habits of metrical composition, identifying the idiosyncrasies that distinguish his practice from those of his predecessors and contemporaries. It also offers a close reading of a substantial body of Wordsworth's poetry, with careful attention paid to complex relationships between the minutiae of its sensuous forms (metrical form, rhythm, rhyme, assonance, alliteration) and larger thematic, aesthetic, and sophic concerns. As a departure from much contemporary criticism that tends to treat poetry solely as text, The Passion of Meter demonstrates the benefits of studying the details of versecraft. O'Donnell sizes the importance of hearing Wordsworth's poems as sonic performances in time as well as seeing them on the page.