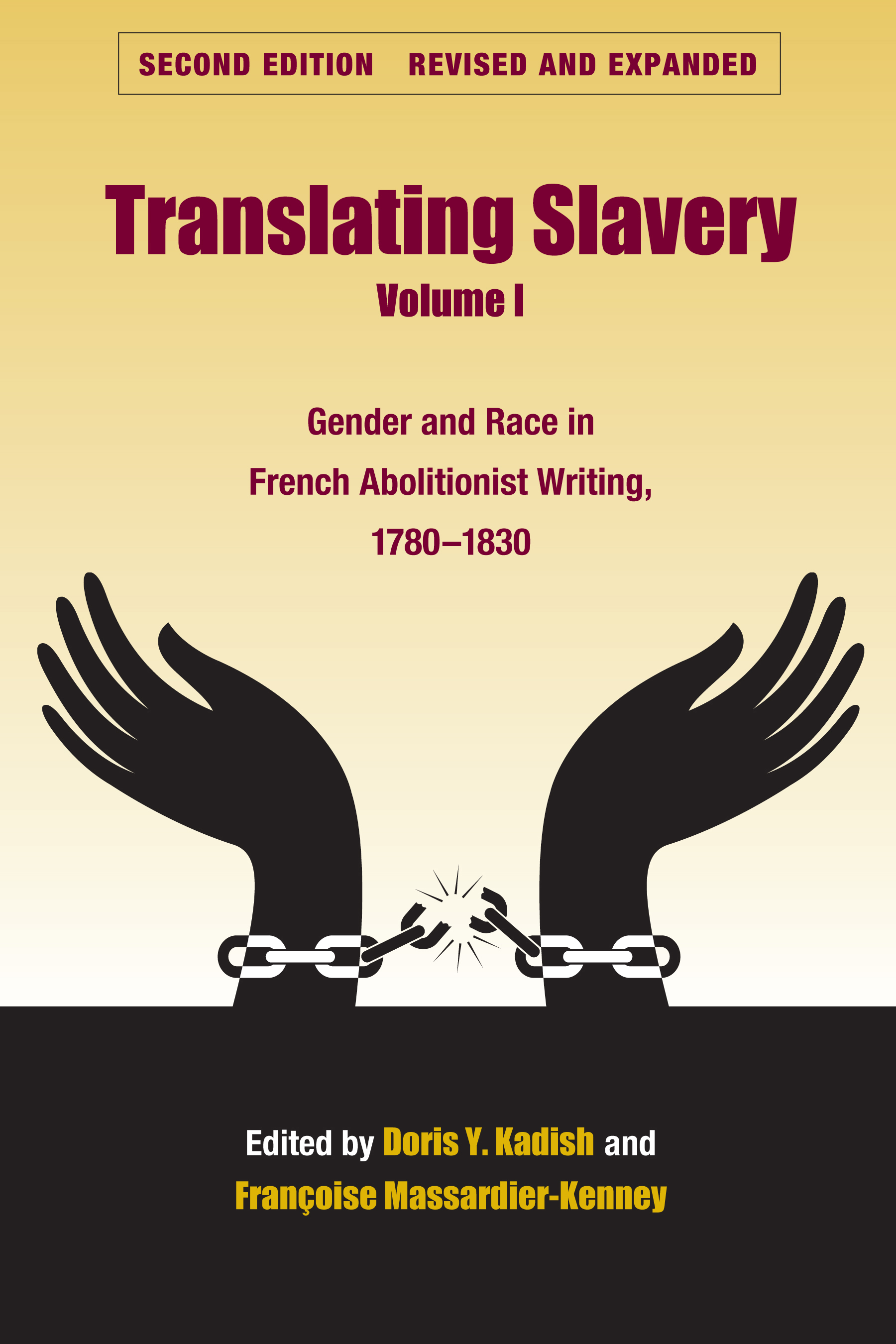 A new, revised, and expanded edition of a translation studies classic

Translating Slavery explores the complex interrelationships that exist between translation, gender, and race by focusing on antislavery writing by or about French women in the French revolutionary period. Now in a two-volume collection, Translating Slavery closely examines what happens when translators translate and when writers treat issues of gender and race. The volumes explore the theoretical, linguistic, and literary complexities involved when white writers, especially women, took up their pens to denounce the injustices to which blacks were subjected under slavery.

Volume 1, Gender and Race in French Abolitionist Writing, 1780–1830, highlights key issues in the theory and practice of translation by providing essays on the factors involved in translating gender and race, as well as works in translation. A section on abolitionist narrative, poetry, and theater has been added with a number of new translations, excerpts, and essays, in addition to an interview with the new member of the translating team, Norman R. Shapiro.

This revised and expanded edition of Translating Slavery will appeal to readers and students interested in women’s studies, African American studies, French literature and history, comparative literature, and translation studies.

Françoise Massardier-Kenney is professor of French and Director of the Institute for Applied Linguistics at Kent State University. She is the editor of the American Translators Association Scholarly Series and coeditor of the journal George Sand Studies. Her publications include the monograph Gender in the Fiction of George Sand (2001) and translations of Sand’s Valvèdre (2007) and Antoine Berman’s Toward a Translation Criticism: John Donne.