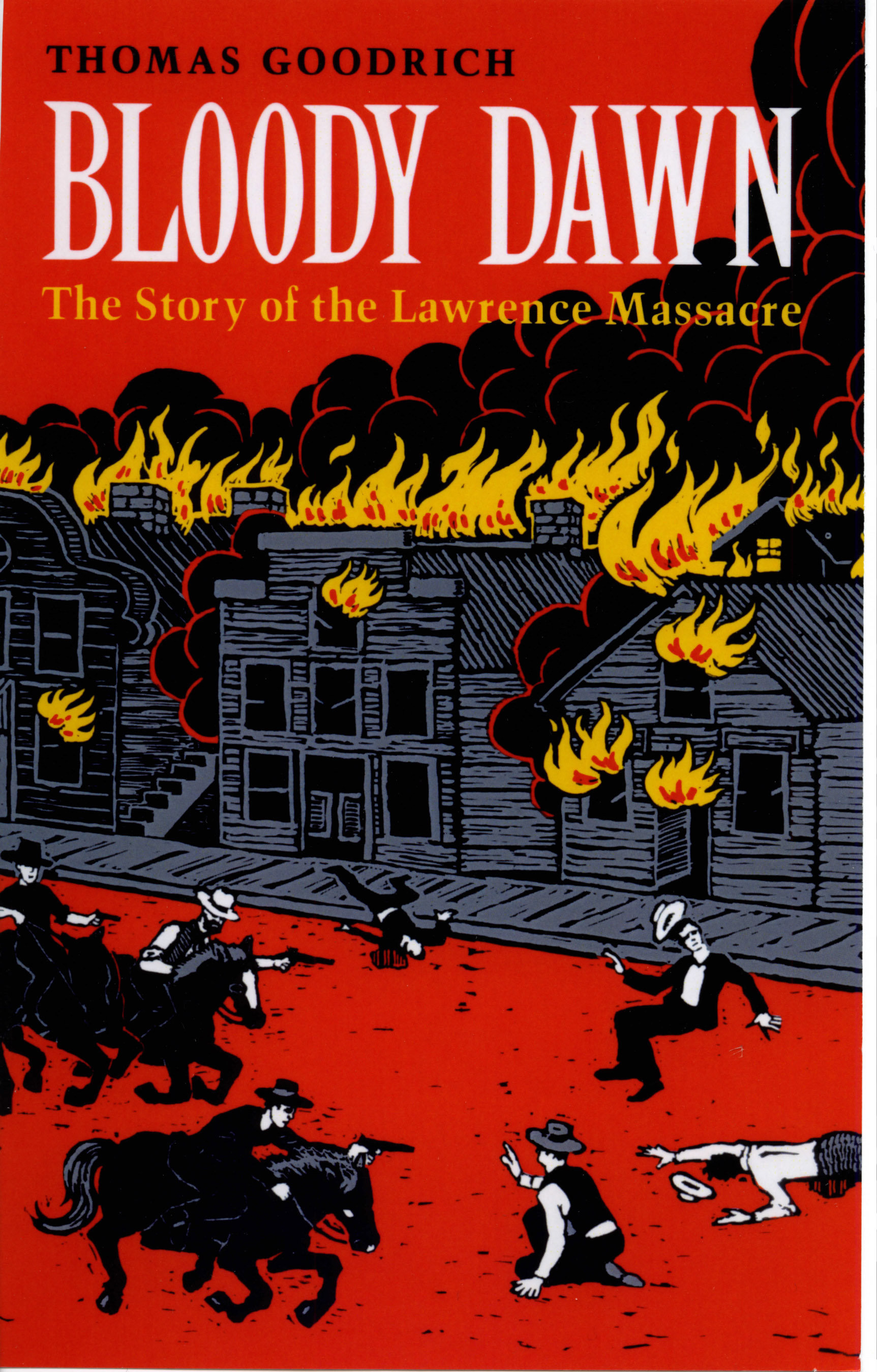 The Story of the Lawrence Massacre

On August 21, 1863, William Quantrill led 400 Confederate irregulars to a rise on the outskirts of Lawrence, Kansas. For two years, the 3,000 inhabitants of this prosperous frontier community had managed to escape the Civil War which raged in the East. At Quantrill’s command, the horrors of that war were brought directly into their homes. The attack began at dawn. When it was over, more than 150 townsmen were dead and most of the settlement burned to the ground.

In Bloody Dawn, Thomas Goodrich considers why this remote settlement was signaled out to receive such brutal treatment. He also describes the retribution that soon followed, which in many ways surpassed the significance of the Lawrence Massacre itself. The story that unfolds reveals an event unlike anything our nation has experienced before or since.