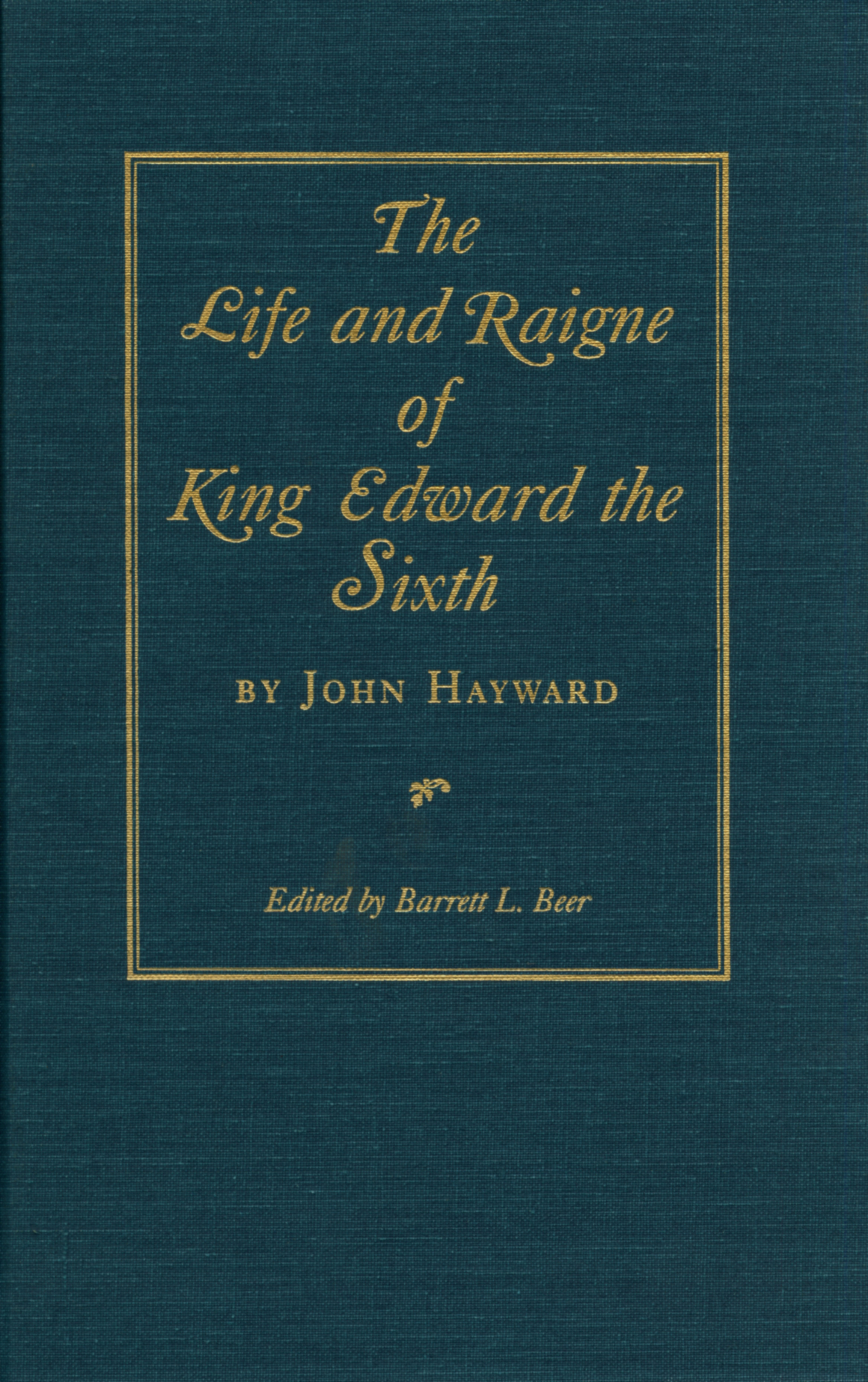 The Life and Raigne of King Edward the Sixth

Barrett Beer here presents the first scholarly edition of Sir John Hayward’s Life and Raigne of King Edward VI, the earliest biography of the last Tudor king.  Originally published in 1630 and again in 1636, Hayward’s account was reprinted in White Kennett’s Complete History of England in 1706. Beer uses the printed editions and unpublished manuscripts to produce a more complete text of Hayward’s book than has ever before appeared in print.  In his introduction he examines the environment in which Hayward wrote and considers the influence this pioneering work has had on attitudes toward the mid-Tudor period.

The only son of Henry VIII, Edward VI (1537-53) ruled during the Protestant Reformation in England, a period not only of dramatic religious change, but also of warfare, political intrigue, and popular rebellion.  Hayward, who was imprisoned by Elizabeth I for his controversial book on Henry IV and his involvement in the conspiracy of the Earl of Essex in 1600, wrote his biography of Edward at the end of the Jacobean period when major challenges were facing the monarchy.  He proclaimed that his narrative was intended to be a “monument” to the “un-perishable fame” of the king and focused his efforts on court politics, foreign policy, and military affairs.

Although few contemporary scholars would accept Hayward’s interpretation of the reign at face value, his work influenced historical thinking for over three centuries.