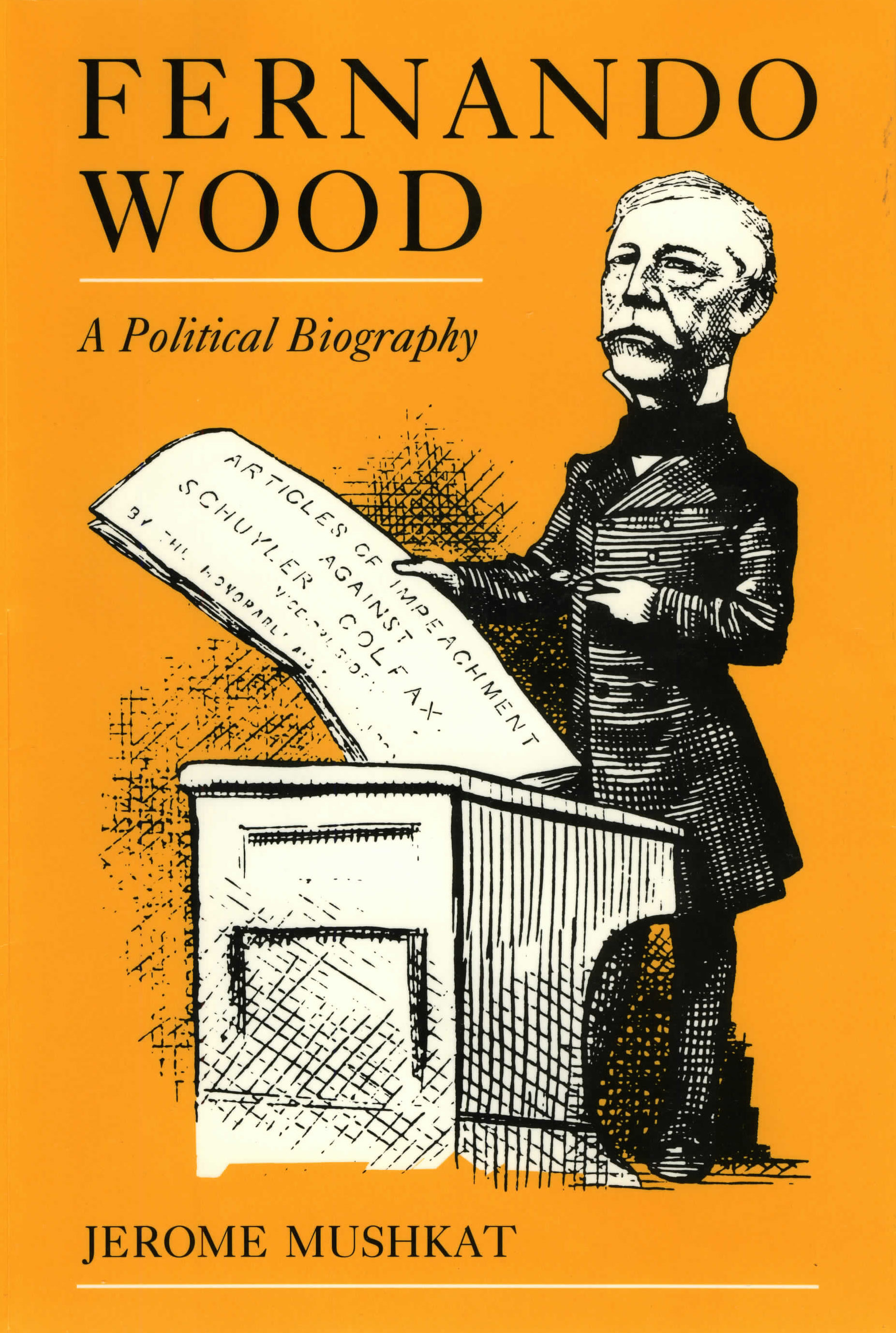 Fernando Wood was one of the most controversial figures of nineteenth-century America. His fellow New Yorkers either respected or despised him, depending whether they considered his policies beneficial or harmful to their interests. The character revealed herein possessed some admirable qualities; high intelligence, sharp analytic skills, great capacity for hard work, and a clear talent to set his executive agenda. But equally evident are Wood’s less admirable qualities; ruthless business practices, shoddy personal ethics, corrupt politics, dictatorial tendencies. What emerges is the story of a very complex person: a successful businessman, consummate politician, resourceful three-time may of New York City, and nine-term congressman, beneath which lurked mean and self-destructive tendencies. Take as a whole, Wood’s colorful career was a unique microcosm of American history both during and after his lifetime. His business achievements mirrored popular beliefs in upward mobility. And Wood’s mayoralty held a promise of revitalizing municipal government, giving it a social conscience, and setting new standards for the future. Despite his shortcomings, Fernando Wood played a major but unappreciated role in the urban and political history of time.