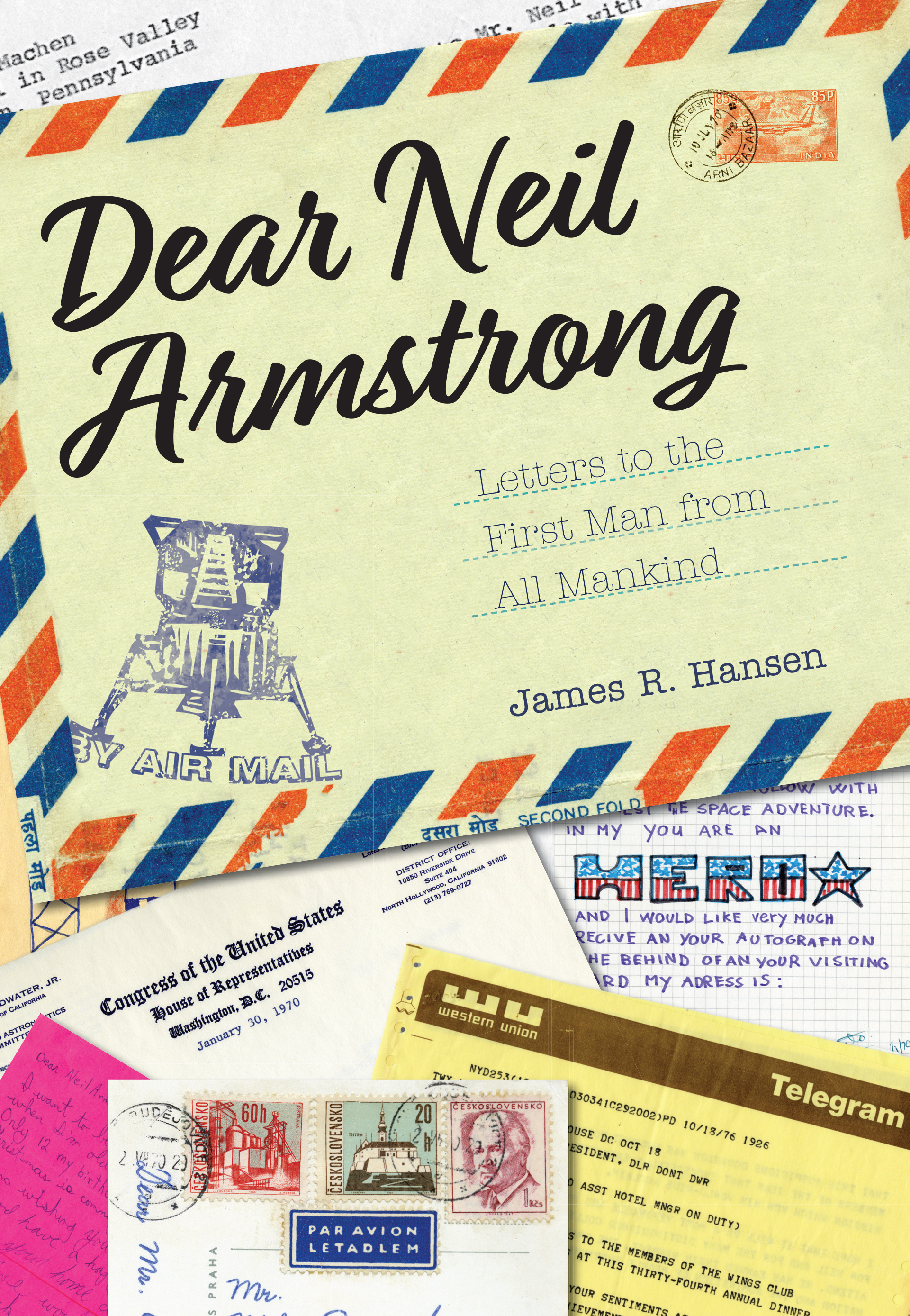 Letters to the First Man from All Mankind

In the years between the historic first moon landing by Apollo 11 on July 20, 1969, and his death at age 82 on August 25, 2012, Neil Armstrong received hundreds of thousands of cards and letters from all over the world, congratulating him, praising him, requesting pictures and autographs, and asking him what must have seemed to him to be limitless—and occasionally intrusive—questions. Of course, all the famous astronauts received fan mail, but the sheer volume Armstrong had to deal with for more than four decades after his moon landing was staggering.

Today, the preponderance of those letters—some 75,000 of them—are preserved in the archives at Purdue University in West Lafayette, Indiana. Dear Neil Armstrong: Letters to the First Man on the Moon publishes a careful sampling of these letters—roughly 400—reflecting the various kinds of correspondence that Armstrong received along with representative samples of his replies. Selected and edited by James R. Hansen, Armstrong’s authorized biographer and author of the New York Times best seller First Man: The Life of Neil A. Armstrong, this collection sheds light on Armstrong’s enduring impact and offers an intimate glimpse into the cultural meanings of human spaceflight. Readers will explore what the thousands of letters to Neil Armstrong meant not only to those who wrote them, but as a snapshot of one of humankind’s greatest achievements in the twentieth century. They will see how societies and cultures projected their own meanings onto one of the world’s great heroes and iconic figures.

James R. Hansen is professor emeritus of history at Auburn University in Alabama. An expert in aerospace history and the history of science and technology, Hansen has published a dozen books and numerous articles covering a wide variety of topics, including the early days of aviation, the history of aerospace engineering, NASA, the moon landings, the Space Shuttle program, and China’s role in space. His book First Man, which is the only authorized biography of Neil Armstrong, spent three weeks as a New York Times best seller in 2005 and 2018, and garnered a number of major book awards, including a nomination for a Pulitzer Prize. Translations of First Man have been published in over twenty languages. A Universal Studios film adaptation of the book hit the silver screen in October 2018, with Academy Award winner Damien Chazelle (La La Land) directing the film and actor Ryan Gosling starring as Armstrong. Hansen served as coproducer for the film.