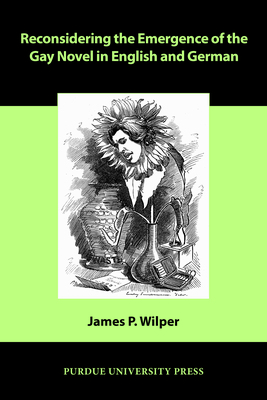 Reconsidering the Emergence of the Gay Novel in English and German

In Reconsidering the Emergence of the Gay Novel in English and German, James P. Wilper examines a key moment in the development of the modern gay novel by analyzing four novels by German, British, and American writers. Wilper studies how the texts are influenced by and respond and react to four schools of thought regarding male homosexuality in the late nineteenth and early twentieth centuries. The first is legal codes criminalizing sex acts between men and the religious doctrine that informs them. The second is the ancient Greek erotic philosophy, in which a revival of interest took place in the late nineteenth century. The third is sexual science (or "sexology"), which offered various medical and psychological explanations for same-sex desire and was employed variously to defend, as well as to attempt to cure, this "perversion." And fourth, in the wake of the scandal caused by his trials and conviction for "gross indecency," Oscar Wilde became associated with a homosexual stereotype based on "unmanly" behavior. Wilper analyzes the four novels-Thomas Mann's Death in Venice, E. M. Forster's Maurice, Edward Prime-Stevenson's Imre: A Memorandum, and John Henry Mackay's The Hustler-in relation to these schools of thought, and focuses on the exchange and cross-cultural influence between linguistic and cultural contexts on the subject of love and desire between men.

James P. Wilper teaches literature at the University of Westminster. His interests in scholarship include twentieth-century and contemporary literature and culture, pre-Stonewall gay and lesbian novels, translation theory and practice, and film adaptation. Wilper's recent publications include articles in Critical Survey, CLCWeb: Comparative Literature and Culture, and Adaptation and in Sexology and Translation: Cultural and Scientific Encounters across the Modern World, 1880-1930 (Ed. Heike Bauer, 2015).