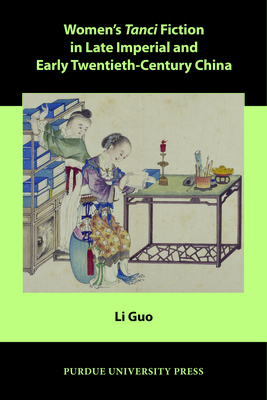 In Women’s Tanci Fiction in Late Imperial and Early Modern China, Li Guo presents the first book-length study in English of women’s tanci fiction, the distinctive Chinese form of narrative written in rhymed lines during the late imperial to early modern period (related to, but different from, the orally performed version also called tanci). She explores the tradition through a comparative analysis of five seminal texts. Guo argues that Chinese women writers of the period position the personal within the diegesis in order to reconfigure their moral commitments and personal desires. By fashioning a “feminine” representation of subjectivity, tanci writers found a habitable space of self-expression in the male-dominated literary tradition.Through her discussion of the emergence, evolution, and impact of women’s tanci, Guo shows how historical forces acting on the formation of the genre serve as the background for an investigation of cross-dressing, self-portraiture, and authorial self-representation. Further, Guo approaches anew the concept of “woman-oriented perspective” and argues that this perspective conceptualizes a narrative framework in which the heroine (s) are endowed with mobility to exercise their talent and power as social beings as men’s equals. Such a woman-oriented perspective redefines normalized gender roles with an eye to exposing women’s potentialities to transform historical and social customs in order to engender a world with better prospects for women.“This work will be a significant contribution to scholarship. Chinese women’s tanci novels in late imperial Qing and early twentieth-century China are numerous in collections; however, their scholarly studies are still insufficient. This book covers some understudied tanci texts and sheds new insights in the studied area. It also brings in association study with other Chinese writing genres during the late Qing period, as well as comparative perspective within the world culture when possible.” Qingyun Wu, California State University, Los Angeles