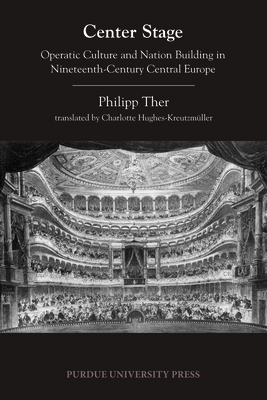 Grand palaces of culture, opera theaters marked the center of European cities like the cathedrals of the Middle Ages. As opera cast its spell, almost every European city and society aspired to have its own opera house, and dozens of new theaters were constructed in the course of the "long" nineteenth century. At the time of the French Revolution in 1789, only a few, mostly royal, opera theaters, existed in Europe. However, by the turn of the nineteenth and twentieth centuries nearly every large town possessed a theater in which operas were performed, especially in Central Europe, the region upon which this book concentrates. This volume, a revised and extended version of two well-reviewed books published in German and Czech, explores the social and political background to this "opera mania" in nineteenth century Central Europe. After tracing the major trends in the opera history of the period, including the emergence of national genres of opera and its various social functions and cultural meanings, the author contrasts the histories of the major houses in Dresden (a court theater), Lemberg (a theater built and sponsored by aristocrats), and Prague (a civic institution). Beyond the operatic institutions and their key stage productions, composers such as Carl Maria von Weber, Richard Wagner, Bed?ich Smetana, Stanis?aw Moniuszko, Antonín Dvo?ák, and Richard Strauss are put in their social and political contexts. The concluding chapter, bringing together the different leitmotifs of social and cultural history explored in the rest of the book, explains the specificities of opera life in Central Europe within a wider European and global framework.