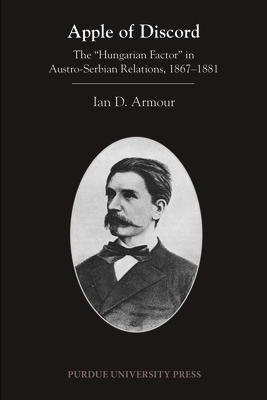 When seeking the origins of World War I, the chain of events in the late nineteenth century that led to the breakdown of relations between Austria-Hungary and Serbia and facilitated the rise of an aggressive Serbian nationalism needs to be understood. This book focuses on the hitherto unexplored Hungarian influence on the Habsburg Monarchy's policy toward Serbia after the 1867 Ausgleich, and it argues that this early period was critical in shaping policy after 1871, down to the imposition on Serbia in 1881 of a system of economic and political control.The Ausgleich, the Austro-Hungarian compromise that reconstituted the Empire as a dual monarchy, gave Hungary a limited voice in foreign affairs; and it was at the request of the Hungarian premier, Count Gyula Andrássy, that the young politician Benjámin Kállay was appointed representative at Belgrade in 1868. Both men were obsessed with the threat posed by Russia and particularly concerned that Serbia might be used as a stalking horse for Russian influence among the Monarchy's South Slavs. They pursued a shadow policy designed to draw Serbia firmly into the Monarchy's sphere of influence, which contradicted that of the foreign minister, Count Beust, and resulted in a serious deterioration in relations with Serbia by 1871. After 1871 Andrássy, as foreign minister, laid the foundations for a more explicit control of Serbia; Kállay, as a senior diplomat, negotiated the treaties that, by 1881, locked Serbia into satellite status for a generation.Through detailed archival research in multiple languages and a painstaking reconstruction of diplomatic events, Armour illuminates a crucial period in Central European history, showing how the origins of a war that claimed millions of lives can be traced to political maneuverings almost fifty years before.

Ian D. Armour was, until his retirement in 2014, Associate Professor of History at Grant MacEwan University, Edmonton; he previously taught in the UK at Staffordshire University and the School of Slavonic and East European Studies, University College London, where he completed his PhD in 1994. He is the author (with Ian Porter) of Imperial Germany 1890-1918 (Longman, 1991), and sole author of A History of Easter Europe 1740-1918: Empires, Nations, and Modernisation, 2nd edition (Bloomsbury, 2012), as well as numerour articles in peer-reviewed journals. He is currently working on A History of Eastern Europe 1918-Present for Bloomsbury Academic, and a study of the Austro-Servian relationship in the period 1881-1903.