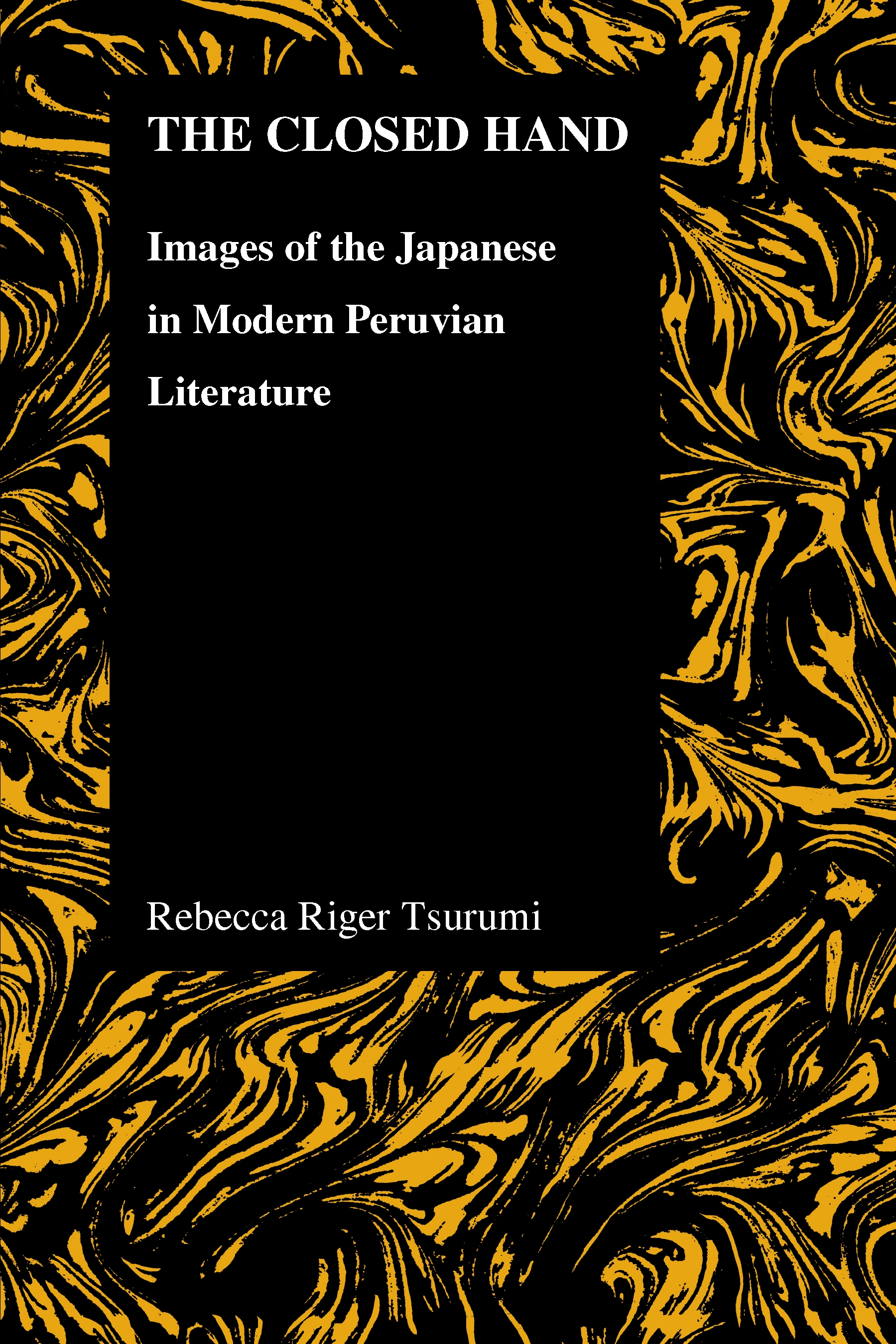 Images of the Japanese in Modern Peruvian Literature

In her book, The Closed Hand: Images of the Japanese in Modern Peruvian Literature, Rebecca Riger Tsurumi captures the remarkable story behind the changing human landscape in Peru at the end of the nineteenth century when Japanese immigrants established what would become the second largest Japanese community in South America. She analyzes how non-Japanese Peruvian narrators unlock the unspoken attitudes and beliefs about the Japanese held by mainstream Peruvian society, as reflected in works written between l966 and 2006. Tsurumi explores how these Peruvian literary giants, including Mario Vargas Llosa, Miguel Gutiérrez, Alfredo Bryce Echenique, Carmen Ollé, Pilar Dughi, and Mario Bellatin, invented Japanese characters whose cultural differences fascinated and confounded their creators. She compares the outsider views of these Peruvian narrators with the insider perceptions of two Japanese Peruvian poets, José Watanabe and Doris Moromisato, who tap personal experiences and memories to create images that define their identities. The book begins with a brief sociohistorical overview of Japan and Peru, describing the conditions in both nations that resulted in Japanese immigration to Peru and concluding in contemporary times. Tsurumi traces the evolution of the terms "Orient" and "Japanese/Oriental" and the depiction of Asians in Modernista poetry and in later works by Octavio Paz and Jorge Luis Borges. She analyzes the images of the Japanese portrayed in individual works of modern Peruvian narrative, comparing them with those created in Japanese Peruvian poetry. The book concludes with an appendix containing excerpts from Tsurumi's interviews and correspondence in Spanish with writers and poets in Lima and Mexico City.

Rebecca Riger Tsurumi has worked as a journalist/editor in Latin America and the United States. A Latinamericanist who focuses on relations between Asia and Latin America, she received a PhD in Hispanic and Luso-Brazilian Literatures and Languages from the CUNY Graduate Center and has taught Spanish language and literature courses at various colleges within the City University of New York, SUNY Purchase College, and Adelphi University. She resides with her family in New York.