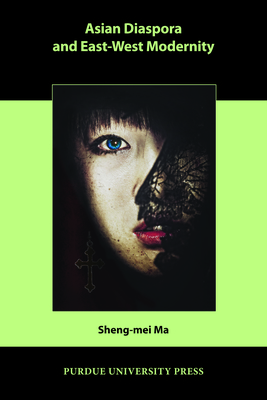 Drawing from Anglo-American, Asian American, and Asian literature as well as J-horror and manga, Chinese cinema and Internet, and the Korean Wave, Sheng-mei Ma's Asian Diaspora and East-West Modernity probes into the conjoinedness of West and East, of modernity's illusion and nothing's infinitude. Suspended on the stylistic tightrope between research and poetry, critical analysis and intuition, Asian Diaspora restores affect and heart to the experience of diaspora in between East and West, at-homeness and exilic attrition. Diaspora, by definition, stems as much from socioeconomic and collective displacement as it points to emotional reaction. This book thus challenges the fossilized conceptualizations in area studies, ontology, and modernism. The book's first two chapters trace the Asian pursuit of modernity into nothing, as embodied in horror film and the gaming motif in transpacific literature and film. Chapters three through eight focus on the borderlands of East and West, the edges of humanity and meaning. Ma examines how loss occasions a revisualization of Asia in children's books, how Asian diasporic passing signifies, paradoxically, both "born again" and demise of the "old" self, how East turns "yEast" or the agent of self-fashioning for Anglo-America, Asia, and Asian America, how the construct of "bugman" distinguishes modern West's and East's self-image, how the extreme human condition of "non-person" permeates the Korean Wave, and how manga artists are drawn to wartime Japan. The final two chapters interrogate the West's death-bound yet enlightening Orientalism in Anglo-American literature and China's own schizophrenic split, evidenced in the 2008 Olympic Games.