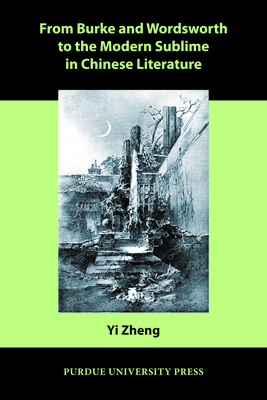 From Burke and Wordsworth to the Modern Sublime in Chinese Literature

This volume presents a historical-textual study about transformations of the aesthetics of the sublime-the literary and aesthetic quality of greatness under duress-from early English Romanticism to the New Poetry Movement in twentieth-century China. Zheng sets up the former and the latter as distinct but historically analogous moments and argues that both the European Romantic reinvention of the sublime and its later Chinese transformation represent cultural movements built on the excessive and capacious nature of the sublime to counter their shared sense of historical crisis. The author further postulates through a critical analysis of Edmund Burke's Inquiry into the Origins of Our Ideas of the Sublime and Beautiful, William Wordsworth's Prelude, and Guo Moruo's experimental poem "Fenghuang Niepan" ("Nirvana of the Phoenix") and verse drama Qu Yuan that these aesthetic practices of modernity suggest a deliberate historical hyperbolization of literary agency. Such an agency is in turn constructed imaginatively and affectively as a means to redress different cultures' traumatic encounter with modernity. The volume will be of interest to scholars including graduate students of Romanticism, philosophy, history, English literature, Chinese literature, comparative literature, and (comparative) cultural studies.