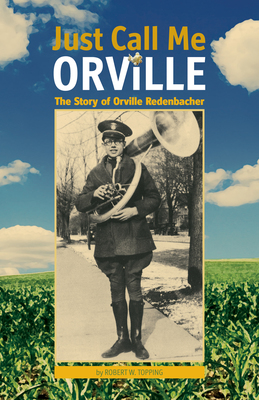 The Story of Orville Redenbacher

Based on extensive interviews and archival research, this book traces the career of Orville Redenbacher, the "popcorn king," from his agricultural studies at Purdue University to his emergence as an American advertising icon. Born in Brazil, Indiana, in 1907, Orville began his lifelong obsession with the development of new strains of seed at Purdue where he earned a degree in agronomy while also playing in the All-American Marching Band. After experimenting with thousands of varieties, Orville and his business partner Charlie Bowman launched Orville Redenbacher's gourmet popping corn in 1970. Through a combination of shrewd marketing and a notably superior product, the partners controlled a third of the market for popping corn by 1976, when their "Chester Hybrids" business was sold to Hunt Wesson Foods. Orville Redenbacher continued to prosper as a larger-than-life brand spokesperson and a symbol of wholesomeness and fun until his death in 1995. Based on interviews conducted in the last few years of Orville's life, this book paints a fascinating picture of a deeply serious agricultural pioneer and marketing genius, whose image can still be found in almost every North American home.

Robert W. Topping was a Purdue staff member and alumnus, and was the author of three published books about Purdue University. He was also a former newspaperman in Michigan and Indiana.