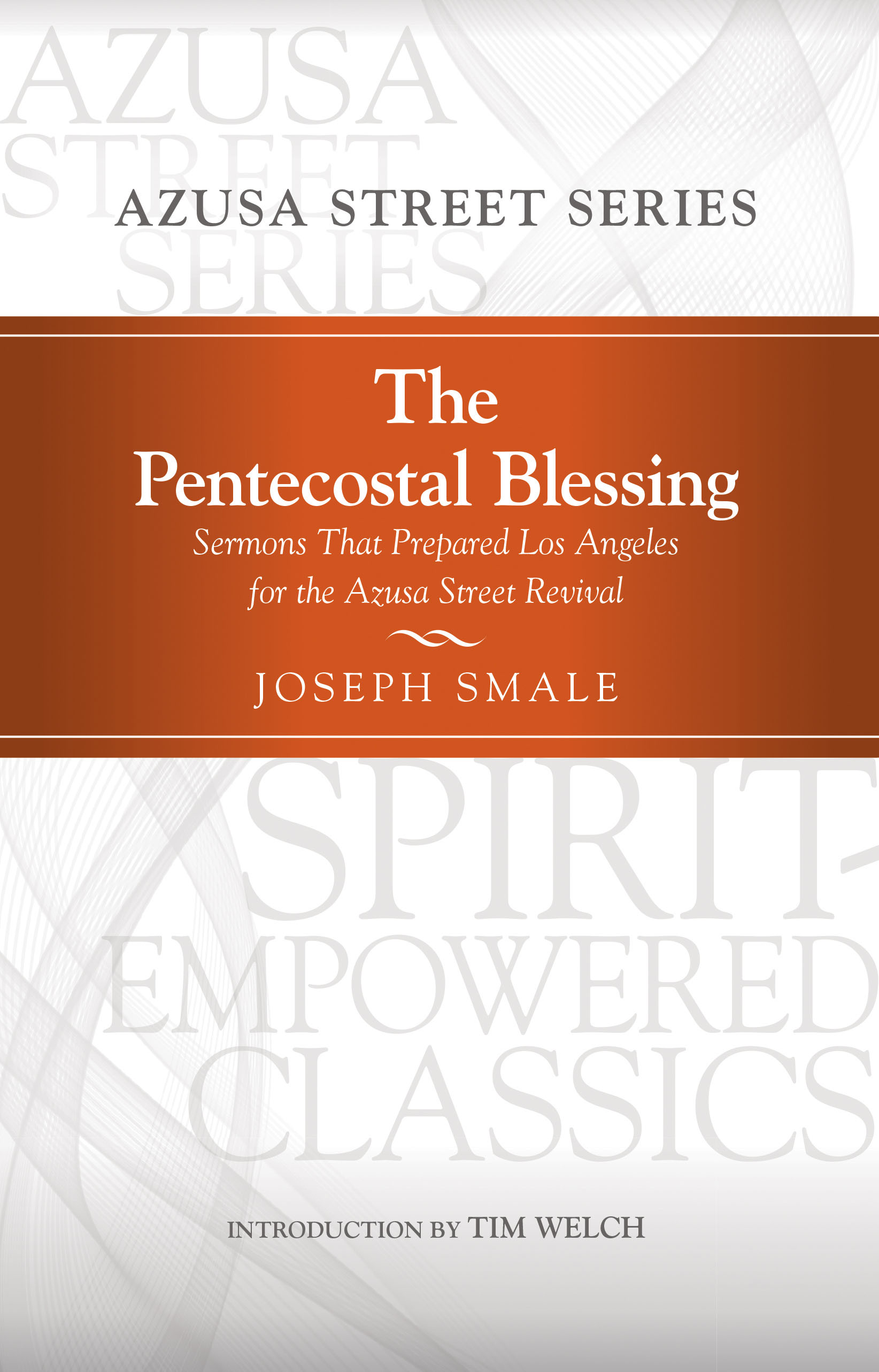 Sermons That Prepared Los Angeles for the Azusa Street Revival

You're holding history in your hands. Are you ready to rediscover it?

Recently, historians recovered the lost sermons that helped prepare Los Angeles for the Azusa Street Revival! This sermon series by Joseph Smale, The Pentecostal Blessing, is republished here for the first time in over 110 years.

As you read these sermons, you'll feel a new connection to those early believers of the Pentecostal Movement. Imagine the possibilities of reaching into the past and finding a better understanding of their worldview and spirituality than ever before. Experience the same rousing call to revival that led to Azusa as you rediscover the vibrant spiritual life available to every Christian today.

About the Author
Joseph Smale (1867–1926), a British Baptist pastor trained at Spurgeon's College in London, was an important catalyst behind the Azusa Street Revival. Smale visited the Welsh Revival in 1905 and was instrumental in sparking a similar spiritual outpouring in California. In the fall of that year, Smale preached a series of sermons, titled The Pentecostal Blessing, in which he encouraged believers to rediscover the deep spirituality of the Early Church. In 1906, Smale and people influenced by his ministry were among the earliest participants at the interracial Azusa Street Revival, which became a focal point of the emerging Pentecostal Movement.

About the Series Editors
Cecil M. Robeck Jr., PhD, is an ordained Assemblies of God minister who has served on the administration and faculty of Fuller Theological Seminary for over forty years. He is currently senior professor of Church History and Ecumenics and special assistant to the president for Ecumenical Relations. He has two academic passions. The first is the Azusa Street Mission and the revival that exploded there in April 1906. The second is working with Christian leaders all over the world on issues related to the unity of Christ's Church.

Darrin Rodgers, M.A., JD, is director of the Flower Pentecostal Heritage Center (Springfield, Missouri), the Pentecostal archives and research center located in the National Leadership and Resource Center of the Assemblies of God. He also serves as editor of Assemblies of God Heritage magazine.

About the Introduction Author
Tim Welch, PhD, is tutor and coordinator of Ministerial Formation at Bristol Baptist College, (Clifton Down, Bristol, United Kingdom). Like Joseph Smale, he trained for Baptist ministry at Spurgeon's College in London.