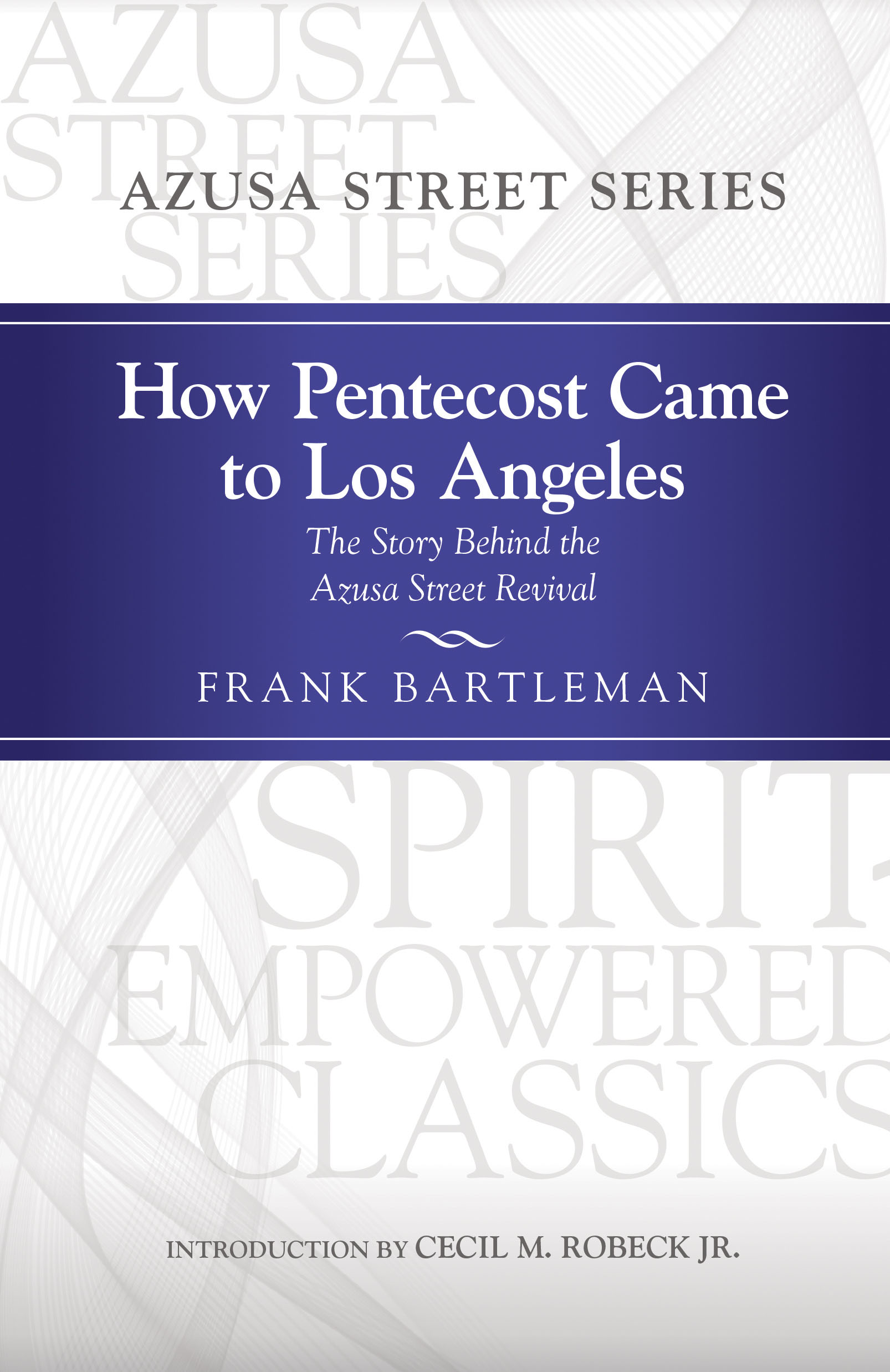 How Pentecost Came to Los Angeles

The Story Behind the Azusa Street Revival

Travel back in time and find out what it was like to be part of the Asuza Street Revival.

Through Frank Bartleman's unvarnished, eyewitness account of Azusa, you'll read about the almost-tangible presence of God experienced by those who were there, as well as the amazing things they saw. Gain insight into the lives and worldviews of early believers and find out how the early twentieth-century Pentecostal Movement swept across Los Angeles, the United States, and, finally, the world.

About the Author
Frank Bartleman (1871-1936) was an early Pentecostal evangelist and participant in the Azusa Street Revival. He studied at Temple College and Moody Bible Institute, and spent his early years in ministry in Holiness and Wesleyan churches. In 1905, Bartleman became involved in a spiritual outpouring in Los Angeles that was sparked by the great Welsh Revival. That revival set the stage for the interracial Azusa Street Revival (1906–1909), which became a focal point of the emerging Pentecostal Movement. A prolific author, Bartleman wrote more than 550 articles, one hundred tracts, and six books.

About the Series Editors & Introduction Author
Cecil M. Robeck Jr., PhD, is an ordained Assemblies of God minister who has served on the administration and faculty of Fuller Theological Seminary for over forty years. He is currently senior professor of Church History and Ecumenics and special assistant to the president for Ecumenical Relations. He has two academic passions. The first is the Azusa Street Mission and the revival that exploded there in April 1906. The second is working with Christian leaders all over the world on issues related to the unity of Christ's Church.

Darrin Rodgers, M.A., JD, is director of the Flower Pentecostal Heritage Center (Springfield, Missouri), the Pentecostal archives and research center located in the National Leadership and Resource Center of the Assemblies of God. He also serves as editor of Assemblies of God Heritage magazine.