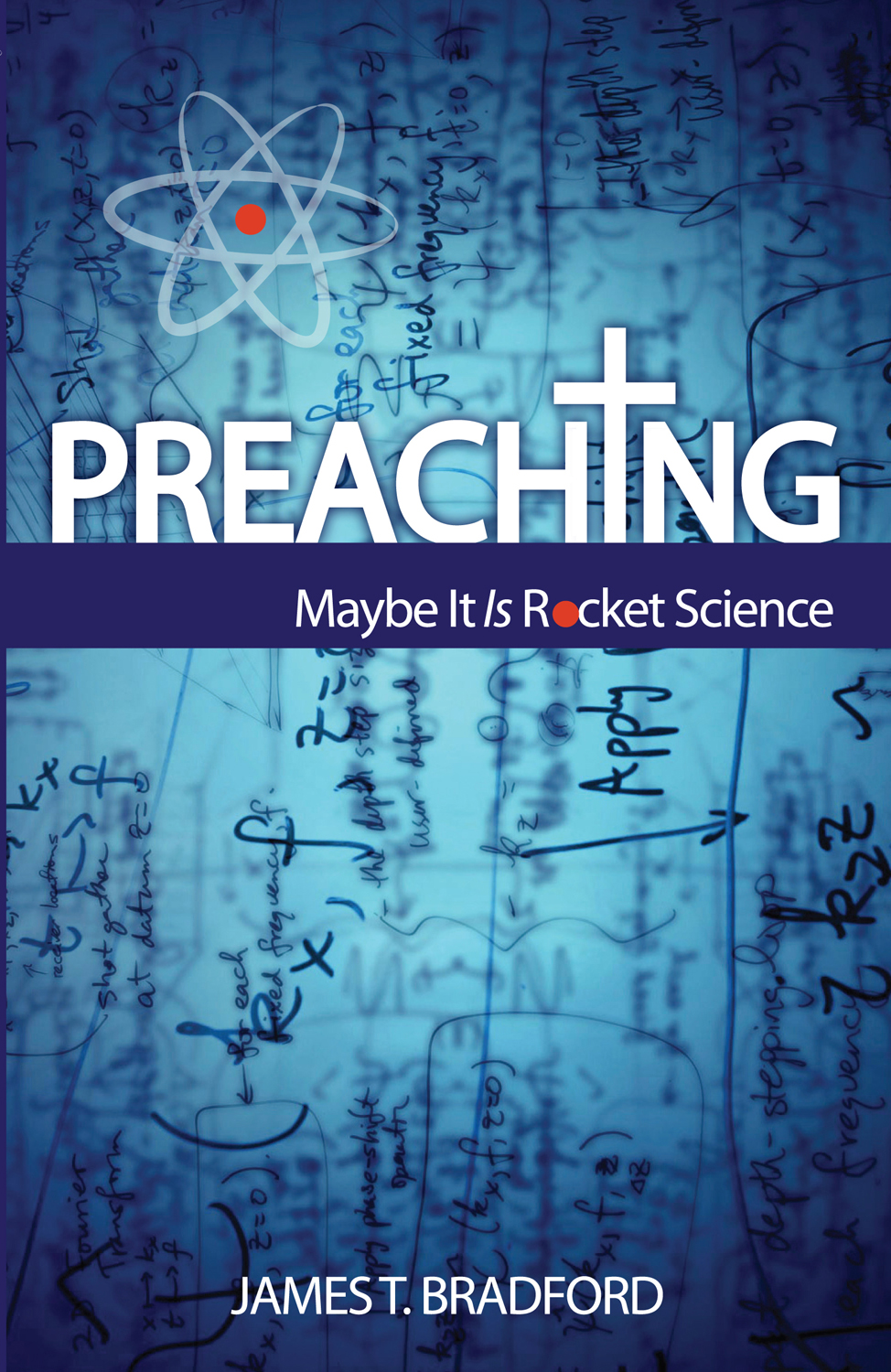 Maybe It Is Rocket Science

“It’s not rocket science.” As a pastor or leader, perhaps there are many areas of ministry to which you have heard this saying applied. However, is preaching God’s Word one of them? Could it be that unfolding the text, developing an outline, and presenting the Bible are much more complex than simple? James Bradford applies his considerable experience in the field of scientific research to answering the tough questions about preaching that many ministers have. Preaching: Maybe It Is Rocket Science is a book that will challenge you to strive for excellence in the study of God’s Word, while at the same time equipping you for a deeper level of ministry. Bradford covers topics that are relevant to the life of the leader, such as training, rebuking, time management, and aligning your life with your message. It is a book that shows that there is more to preaching than meets the eye, and that, just maybe, it is rocket science after all.