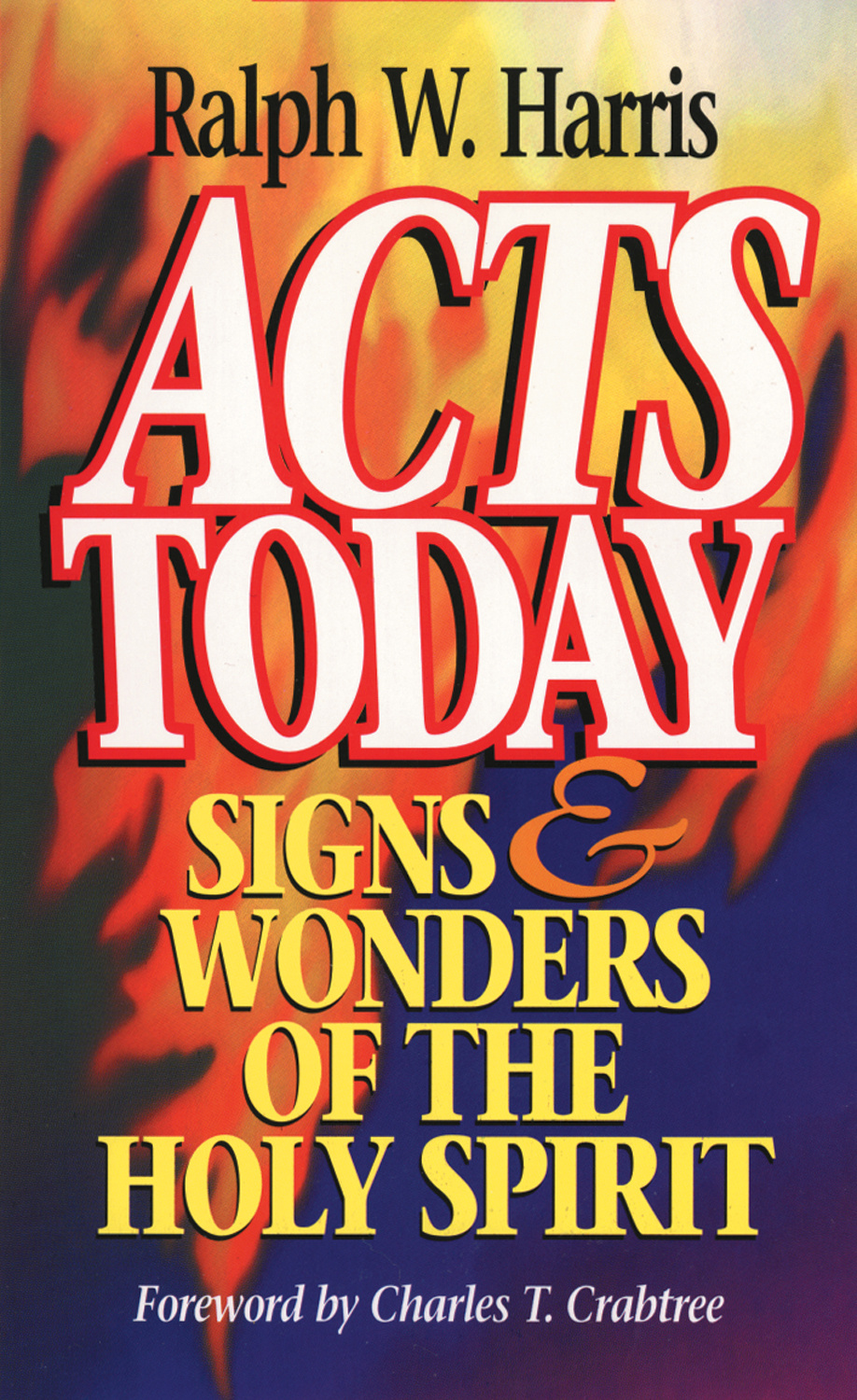 Signs & Wonders of the Holy Spirit

You've read about the miracles in the Book of Acts. Now you can learn about miracles and other exciting moves of the Holy Spirit that are happening today. Acts Today is a collection of testimonies from all over the world. Ralph W. Harris enters hospital rooms, opens church doors, and visits households where the Spirit has blessed ordinary people through healings, miracles, visions, angelic appearances, tongues, and other events. Packed with documented stories that will revitalize your personal walk with Christ, Acts Today is also a remarkable tool for group devotions, Sunday school lessons, and sermon illustrations. Acts Today introduces people who've been healed of blindness, tuberculosis, cystitis, liver damage, and other ailments. Learn about mysterious strangers who chaperone bewildered Christians in foreign train stations, meet the former satanic priestess who no longer serves demons, and hear the report of parched Union prisoners of war who gulped water from a once-dry rock. And there's more. Acts Today gives testimonies from people who've spoken in languages they'd not previously studied-Croatian, Ukrainian, Chinese, French, and Aramaic-Hebrew. Every one of the testimonies in Acts Today is accompanied by names, dates, places, and other documenting facts. More than 100 inspiring stories are presented in all and they clearly convey one mighty message: God is the same today as He was yesterday.

Born on September 1, 1912, to Charles and Georgia Harris in Detroit, Michigan, Ralph was the youngest of six children. His young life saw very little in material wealth, but an abundance of love and guidance. "We didn't know we were poor," he said in his memoirs. Harris graduated magna cum laude from Cooley High School in Detroit in 1931 and went on to earn a diploma from Central Bible Institute (now College) in Springfield, Missouri, in 1937. He would add a bachelor's degree in 1961 and a master's degree in 1969, also from CBC. Harris pastored from 1936 to 1943, first Nichols (Missouri) Community Church, then Faith Tabernacle in Clio, Michigan. In 1943, he was selected as the first National Youth Leader for the Assemblies of God. During his tenure leading the A/G youth from the national headquarters in Springfield, Missouri (1943-1948), Harris founded the Speed the Light program in 1944--a missions program that focused on providing transportation, from bicycles to 4-wheel drive vehicles, to assist missionaries in the field. This program has grown exponentially over the decades. From 1948 through 1954, Harris pastored Fremont Tabernacle in Seattle, Washington. There he put his church on the map when in 1949 he and his church recruited 1,189 people to hand-write a chapter each of the Bible. Writers ranged from 8 to 85 years old and came from nearly 30 denominations. The local newspaper provided weekly updates concerning the progress and even President Truman sent a congratulatory note upon the Bible's completion. "From that time on, people always referred to [us as] "the church with the handwritten Bible," Harris said during an interview. In 1954, Harris was invited back to Springfield, Missouri, to become the editor in chief of A/G Church School Literature Department, which developed curriculum for Sunday school. He held that position until his retirement from headquarters in 1976. During his 22 years as editor, Harris implemented a number of beneficial changes and helped expand CSL from 27 publications to 111 with circulation of 50 million pieces a year.