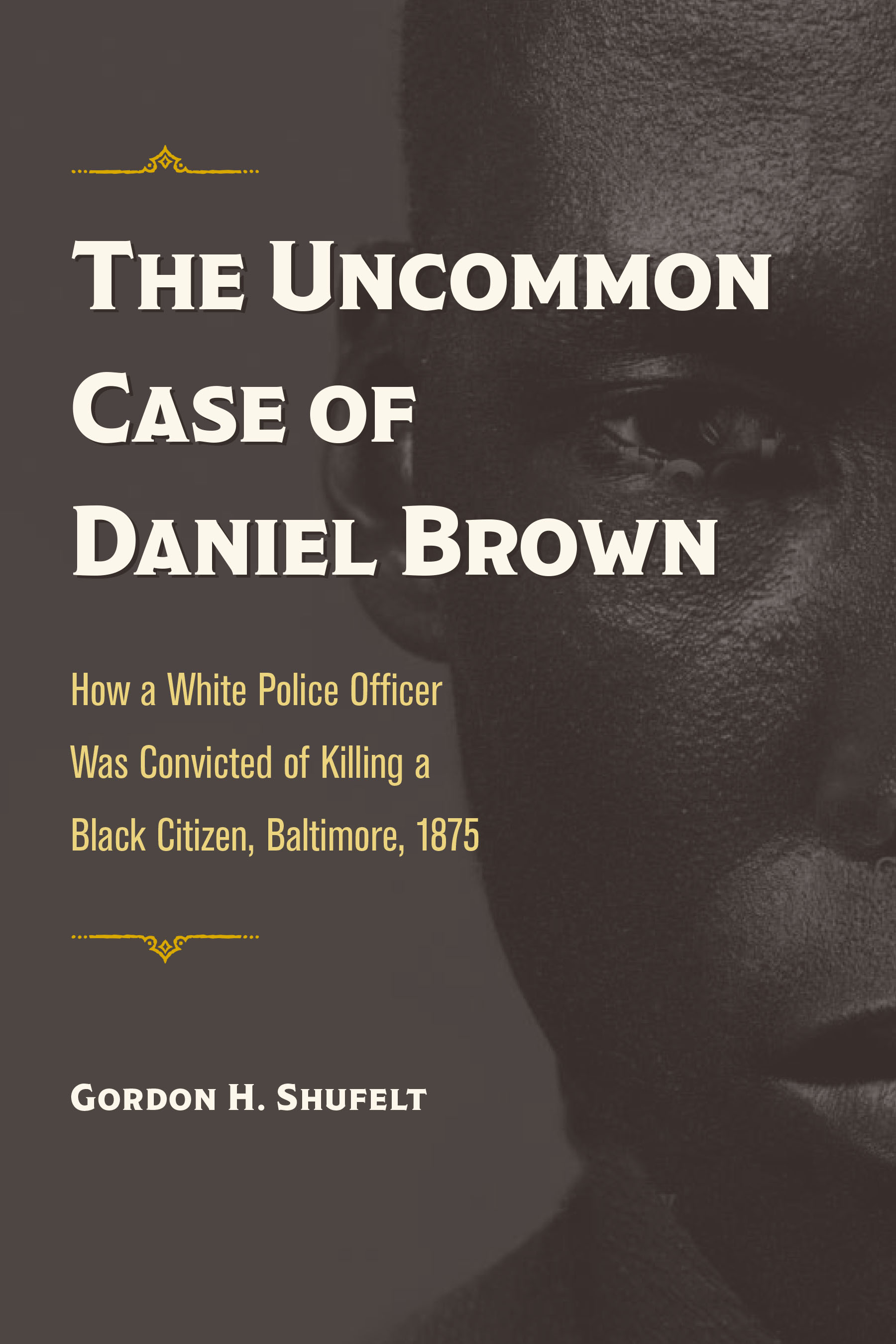 The Uncommon Case of Daniel Brown

How a White Police Officer Was Convicted of Killing a Black Citizen, Baltimore, 1875

In 1875 an Irish-born Baltimore policeman, Patrick McDonald, entered the home of Daniel Brown, an African American laborer, and clubbed and shot Brown, who died within an hour of the attack. In similar cases at the time, authorities routinely exonerated Maryland law enforcement officers who killed African Americans, usually without serious inquiries into the underlying facts. But in this case, Baltimore’s white community chose a different path. A coroner’s jury declined to attribute the killing to accident or self-defense; the state’s attorney indicted McDonald and brought him to trial; and a criminal court jury convicted McDonald of manslaughter.

What makes this work so powerful is that many of the issues that the antipolice brutality movement faces today were the very issues faced by black people in nineteenth-century Baltimore.

Both Brown and McDonald represented factions in conflict during a period of social upheaval, and both men left home to escape dire conditions. Yet trouble followed both to Baltimore. While the conviction of McDonald was unique, it was not a racially enlightened moment in policing. The killing of Brown was viewed not as racial injustice, but police violence spreading to their neighborhood. White elites saw the police as an uncontrolled force threatening their well-being. The clubbing and shooting of an unarmed black man only a block away from the wealthy residences of Park Avenue represented a breakdown in the social order—but Jim Crow in Baltimore was not in danger.

Prior to 1867 a Maryland statute barred African Americans from testifying against whites in proceedings before police magistrates or in any of the state's courts. During the trial of McDonald, the press described the Baltimore police as “blue coated ruffians,” and there was a general distrust of the police force by both blacks and whites. Brown’s wife, Keziah, gave damning testimony of Officer McDonald’s actions. The jury could not agree on verdicts of first- or second-degree murder, and after an attempt to reach a compromise verdict of second-degree murder failed, the majority acquiesced to the manslaughter verdict.

The Uncommon Case of Daniel Brown adds to the historiography of policing and criminal justice by demonstrating the pivotal role of the coroner’s inquest in such cases and by illustrating the importance of social ties and political divisions when a community addresses an episode of police violence.

Gordon H. Shufelt is a retired attorney and administrative law judge with an M.A. from the University of Colorado, a J.D. from Rutgers, and a Ph.D. from American University. He served in the federal government for 30 years, including 14 years as a Veterans Law Judge with the Board of Veterans Appeals in Washington, DC. He has published historical articles about Baltimore in the Journal of American Ethnic History and the Journal of Southern History with a focus on immigration and African American history.