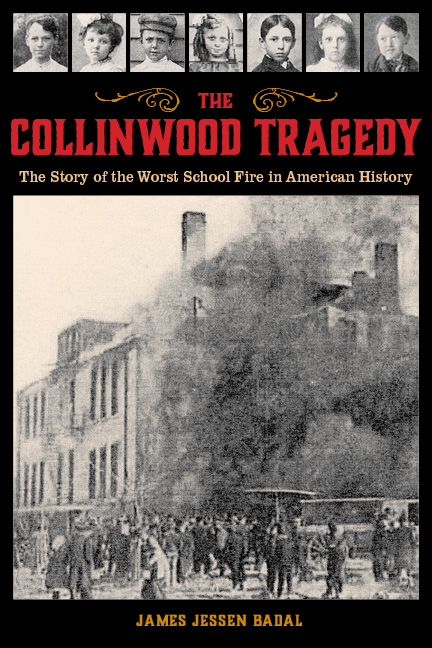 The Story of the Worst School Fire in American History

A devastating loss of life and a community’s response

March 4, 1908, was an ordinary morning in Collinwood, Ohio, a village about ten miles outside of Cleveland. Children at Lakeview Elementary School were at work on their lessons when fifth-grader Emma Neibert noticed wisps of smoke, a discovery that led to a panicked stampede inside the school—the chaos of nine teachers trying to control and then save pupils in overcrowded classrooms. Outside, desperate parents and would-be rescuers fought to save as many children as possible, while Collinwood’s inadequate volunteer fire department—joined by members of the Cleveland fire department—fought a losing battle with the rapidly spreading blaze.

While some inside jumped from the building to safety, most were trapped. Ultimately, 172 children, two teachers, and one rescue worker were killed, and the Collinwood community was irrevocably changed.

The fire’s staggering death toll shocked the entire country and resulted in impassioned official inquiries about the fire’s cause, the building’s structure, and overall safety considerations. Regionally, and eventually nationwide, changes were implemented in school structures and construction materials.

The Collinwood Tragedy: The Story of the Worst School Fire in American History describes not only the events of that fateful day but also their lingering effects. James Jessen Badal’s extensive research reveals how the citizens of Collinwood were desperate to find someone to blame for the tragedy. Rumor and suspicion splintered the grieving community. And yet they also rose to the challenge of healing: officials reached out to immigrant families unsure of their rights; city charities, churches, and relief agencies responded immediately with medical help, comfort for the bereaved, and financial support; and fundraising efforts to assist families totaled more than $50,000—more than $1 million in today’s terms.

James Jessen Badal is an award-winning author and assistant professor of English and journalism at the Eastern Campus of Cuyahoga Community College. He has served on the board of trustees of the Cleveland Police Historical Society since 2001. His previous books include In the Wake of the Butcher: Cleveland’s Torso Murders, Twilight of Innocence: The Disappearance of Beverly Potts, Though Murder Has No Tongue: The Lost Victim of Cleveland’s Mad Butcher, and Hell’s Wasteland: The Pennsylvania Torso Murders.