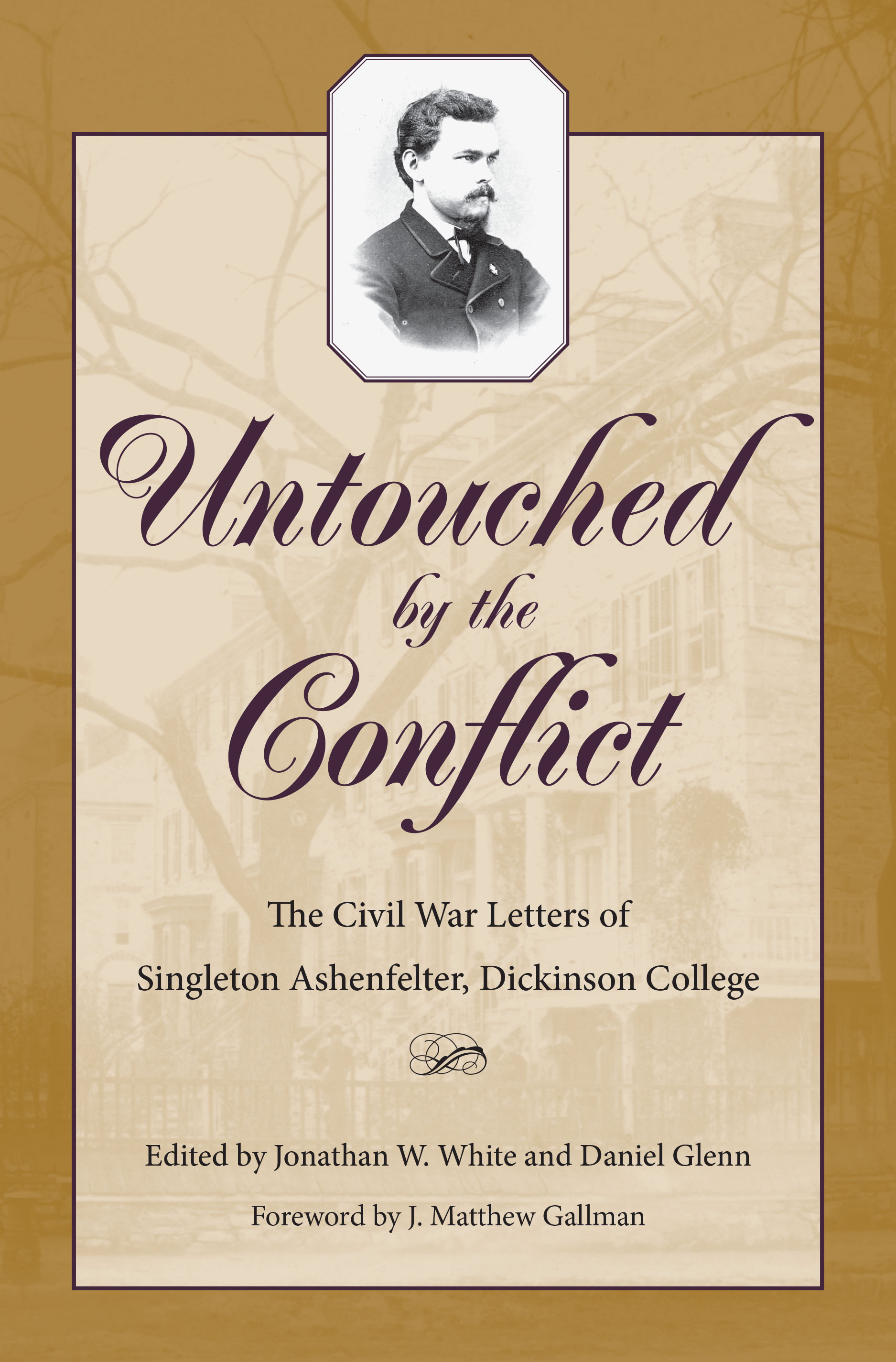 Untouched by the Conflict

Nearly three million white men of military age remained in the North during the Civil War, some attending institutions of higher learning. College life during the Civil War has received remarkably little close attention, however, in part because of the lack of published collections of letters and diaries by students during the war. In Untouched by the Conflict, Jonathan W. White and Daniel Glenn seek to fill that gap by presenting the unabridged letters of Singleton Ashenfelter, a student at Dickinson College in Pennsylvania, to his closest friend at home near Philadelphia.

Ashenfelter was arrogant, erudite, witty, impulsive, self-interested, reflective, and deeply intellectual. His voice is like none other in the published primary source literature of the Civil War era. Following the war, he became a newspaper editor and the US attorney for the Territory of New Mexico. The letters’ recipient, Samuel W. Pennypacker, went on to become the 23rd governor of Pennsylvania.

Covering the years 1862–1865, Ashenfelter’s correspondence offers a rich, introspective view into the concerns and experiences of a young, middle-class white man who chose not to enlist. His letters reveal, too, the inner world of a circle of friends while they mature into adulthood as he touches on topics of interest to scholars of 19th-century America, including romance, religion, education, social life, friendship, family, and the war.

Jonathan W. White is associate professor of American Studies at Christopher Newport University and is the author or editor of nine books, including “Our Little Monitor”: The Greatest Invention of the Civil War, with Anna Gibson Holloway.

Daniel Glenn is the author of several articles on the Civil War era that have appeared in Military Images, the Federal Lawyer, and Civil War Navy.