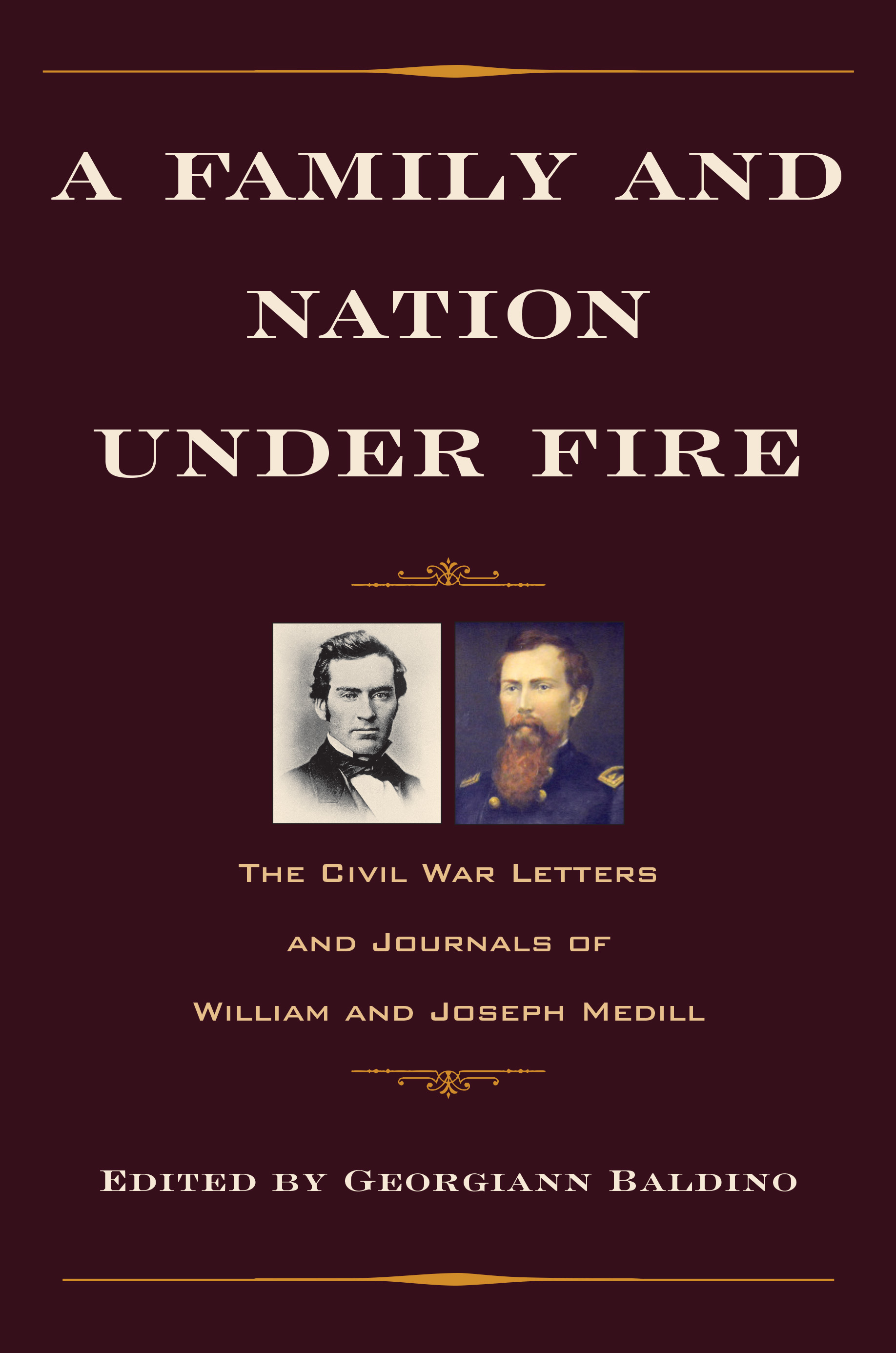 Family and Nation under Fire

The Civil War Letters and Journals of William and Joseph Medill

This collection of previously unpublished diaries and correspondence between Maj. William Medill and older brother Joseph, one of the influential owners of the Chicago Tribune, illuminates the Republican politics of the Civil War era. The brothers correct newspaper coverage of the war, disagree with official military reports, and often condemn Lincoln administration policies. When shots were fired at Fort Sumter, the Medills mobilized, unaware how their courage would be tested in the coming years.

Joseph’s letters to President Lincoln reveal their exceptional relationship. A founding member of the Republican Party, Joseph was a powerful force for moral journalism. With his partner Dr. Charles Ray, Joseph extended the Tribune’s reach until it achieved national influence. By 1860, Ray and Joseph claim to have elected Abraham Lincoln president, and Lincoln publicly agrees that their paper did more for him than any paper in the Midwest. When regional divisions escalate, Joseph issues early calls for war and lobbies fervently for emancipation. He continues to support Lincoln and the war effort but uses the Tribune to advise Washington about the conduct of the war, the draft, monetary policy, and slavery. In private letters, Joseph lectures the president about emancipation, urging him to take an aggressive stance toward slave owners and warning about the Conscription Act.

William began his military career as a private but was promoted to captain and then major, first serving on the front and later dealing directly with commanders. His letters rail against inept leaders, good men weakened by short- ages, lives wasted, and destruction that defies understanding. His eyewitness accounts provide a fascinating perspective—part personal trauma and part social commentary.

The Medill letters and journals are poignant, private, and traumatic. Joseph’s early public calls for war turn to anxiety as the war escalates and then to grief when William is wounded. The Medills are revealed as vulnerable human beings caught up in cataclysmic events that test their moral vision and compel them to find ways to better society. A war of liberation is their solution. The brothers embrace that deadly game in order to pursue a more perfect Union.