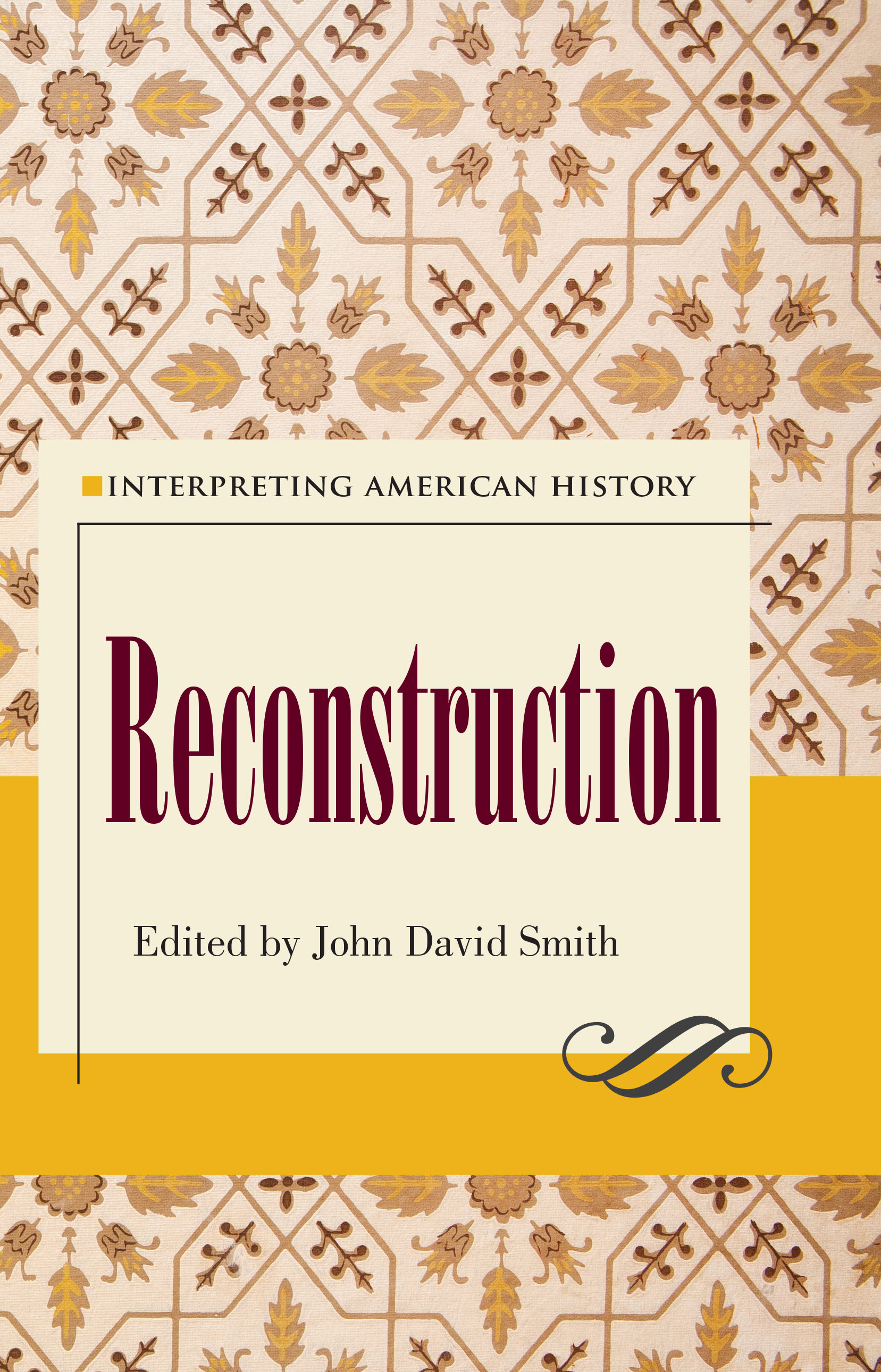 Writing in 1935 in his brilliant and brooding Black Reconstruction, W. E. B. Du Bois lamented America’s post–Civil War era as a missed opportunity to reconstruct the war-torn nation in deed as well as in word. “If the Reconstruction of the Southern states, from slavery to free labor, and from aristocracy to industrial democracy, had been conceived as a major national program of America, whose accomplishment at any price was well worth the effort,” wrote Du Bois, “we should be living today in a different world.”

Interpreting American History: Reconstruction provides a primer on the often-contentious historical literature on Reconstruction, the period in American history from 1865 to 1877. As Du Bois noted, this critical period in U.S. history held much promise for African Americans transitioning from slavery to freedom and in redefining American nationality for all citizens.

Interpreting American History: Reconstruction is an essential guidebook for students and scholars traversing the formidable terrain of Reconstruction historiography.

John David Smith is the Charles H. Stone Distinguished Professor of American History at The University of North Carolina at Charlotte. His many books include An Old Creed for the New South; Slavery, Race, and American History; Black Judas: William Hannibal Thomas and The American Negro; Lincoln and the U.S. Colored Troops; and Soldiering for Freedom (with Bob Luke). Smith has received the Mayflower Society Award for Nonfiction and The Gustavus Myers Center Award for the Study of Human Rights in North America.