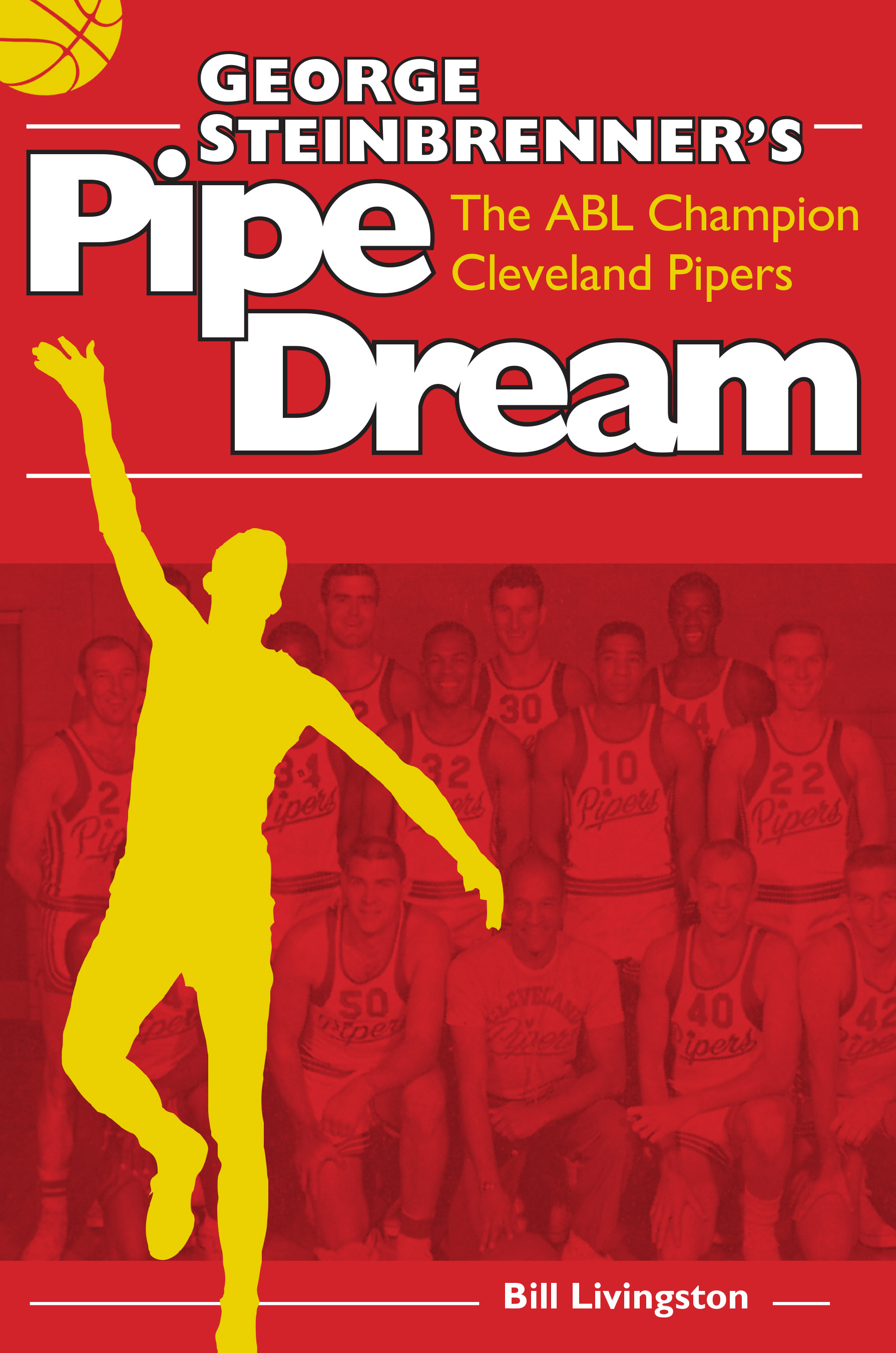 Steinbrenner nearly beats the Cavaliers to the NBA by eight years

In an eleventh-floor corner office in downtown Cleveland during the spring of 1961, 30-year-old George Steinbrenner sketched with his hands the future as he dreamed it. He grabbed the young basketball player who was sitting near him by the shoulder with one hand and jabbed the air with invisible designs with the other. A glittering 12,000-seat basketball palace, Steinbrenner said to Larry Siegfried, the just-graduated captain of the Ohio State basketball team, would soon spring from the weedy empty lots along the Lake Erie shoreline. It would be an arena fit for the basketball royalty Steinbrenner was assembling for the Cleveland Pipers of the new American Basketball League. Before the Pipers’ tumultuous story was over, Steinbrenner would win Siegfried’s services and the ABL championship.

In George Steinbrenner’s Pipe Dream, Bill Livingston brings to life the remarkable story of the one-season wonder Pipers and their unlikely national championship. Drawing on personal interviews and extensive research, he introduces readers to the personalities that surrounded the organization, including John McLendon, the first African American head coach in any professional sport; Jerry Lucas, one of college basketball’s greatest players; Dick Barnett, the best player on the team and the driving force for their ABL championship; the extravagantly talented prodigy Connie Hawkins; and Jack Adams, the Pipers’ captain, who was traded in midseason in a fit of pique on Steinbrenner’s part.

Bill Livingston takes readers along for the Pipers’ short but wild ride, providing a compelling and entertaining story about a fascinating chapter in sports history.