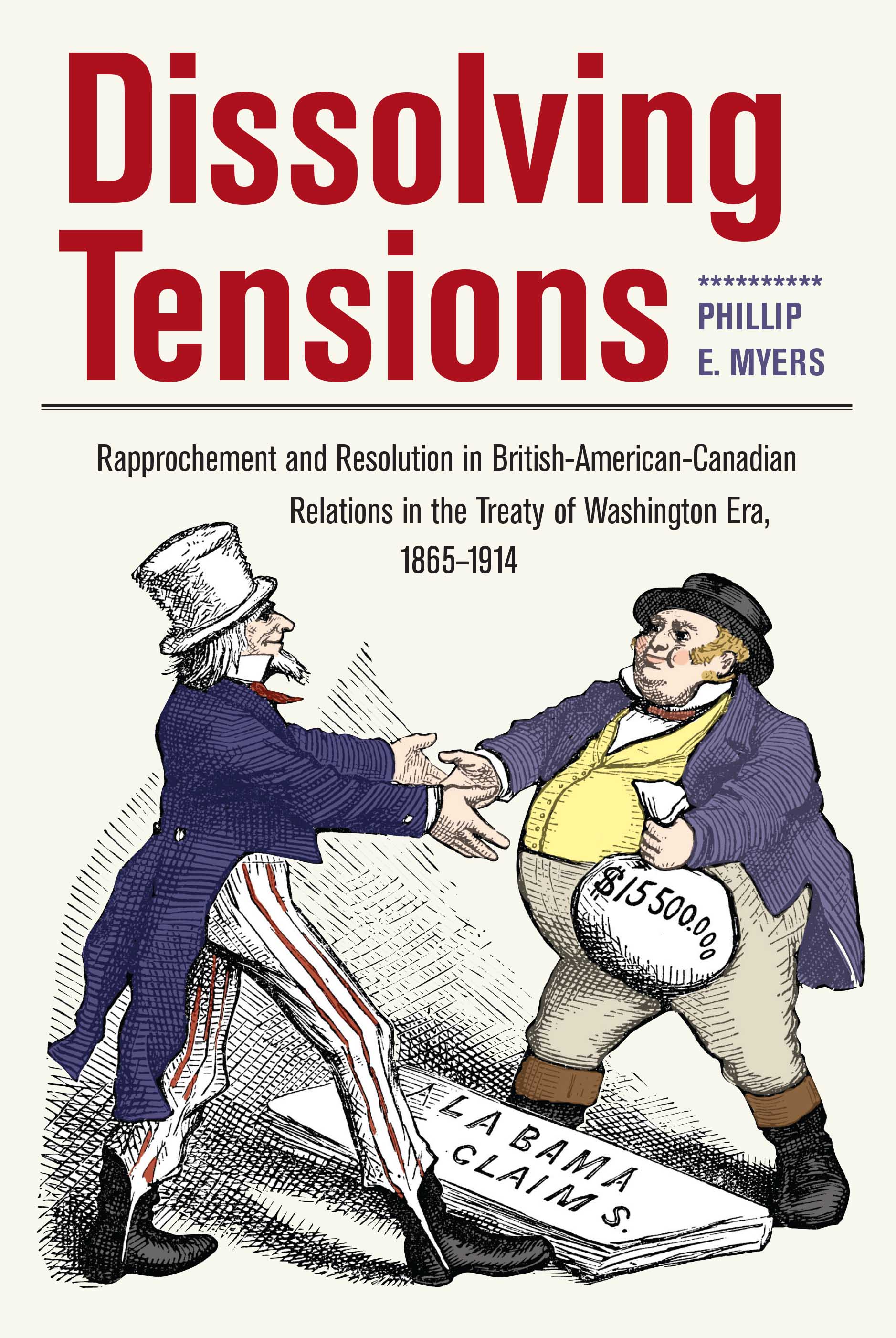 Rapprochement and Resolution in British-American-Canadian Relations in the Treatyof Washington Era, 1865-1914

How the period from 1865 to 1914 defined Anglo-American relations

Dissolving Tensions dismisses the long-held argument that a British-American rapprochement did not occur until the mid-1890s. Instead, author Phillip E. Myers shows that the rapprochement was distinct prior to the Civil War, became more distinctive during the conflict, and continued to take shape afterward.

Myers illustrates clearly that the Treaty of Washington of 1871 was a defining ingredient in resolving British-American-Canadian tensions and sent the rapprochement into a new period of stability and dispute resolution during the three decades before World War I. Drawing upon a wide variety of primary and secondary sources, Myers makes his argument from the perspectives of geopolitics, finance, investments, and commerce, demonstrating that British-American-Canadian relations followed a pragmatic, consistent path in keeping the spirit of the comprehensive Treaty of Washington alive. After 1871, peaceful diplomacy shaped the triangular relationship for nearly five decades.

Myers delineates the contributions of British, American, and Canadian statesmen - among them, William Henry Seward, Lord John Russell, Hamilton Fish, William Ewart Gladstone, and Ulysses S. Grant - to defining and stabilizing the rapprochement against the background of American Reconstruction, global events such as the Franco-Prussian War, and issues such as the Alabama claims dispute, fisheries, boundaries, and Fenian insurgents.

Dissolving Tensions lays the groundwork for understanding how the period from 1865 to 1914 was a watershed era in Anglo-American relations that established the contours of twentieth-century diplomacy.

Phillip E. Myers is a retired research foundation administrator, Graduate Dean, professor, and author of Caution and Cooperation: The American Civil War in British-American Relations, published in the New Studies in U.S. Foreign Relations series in 2008. He has B.A. and M.A. degrees from the University of Colorado and a Ph.D. from the University of Iowa, all in modern history.