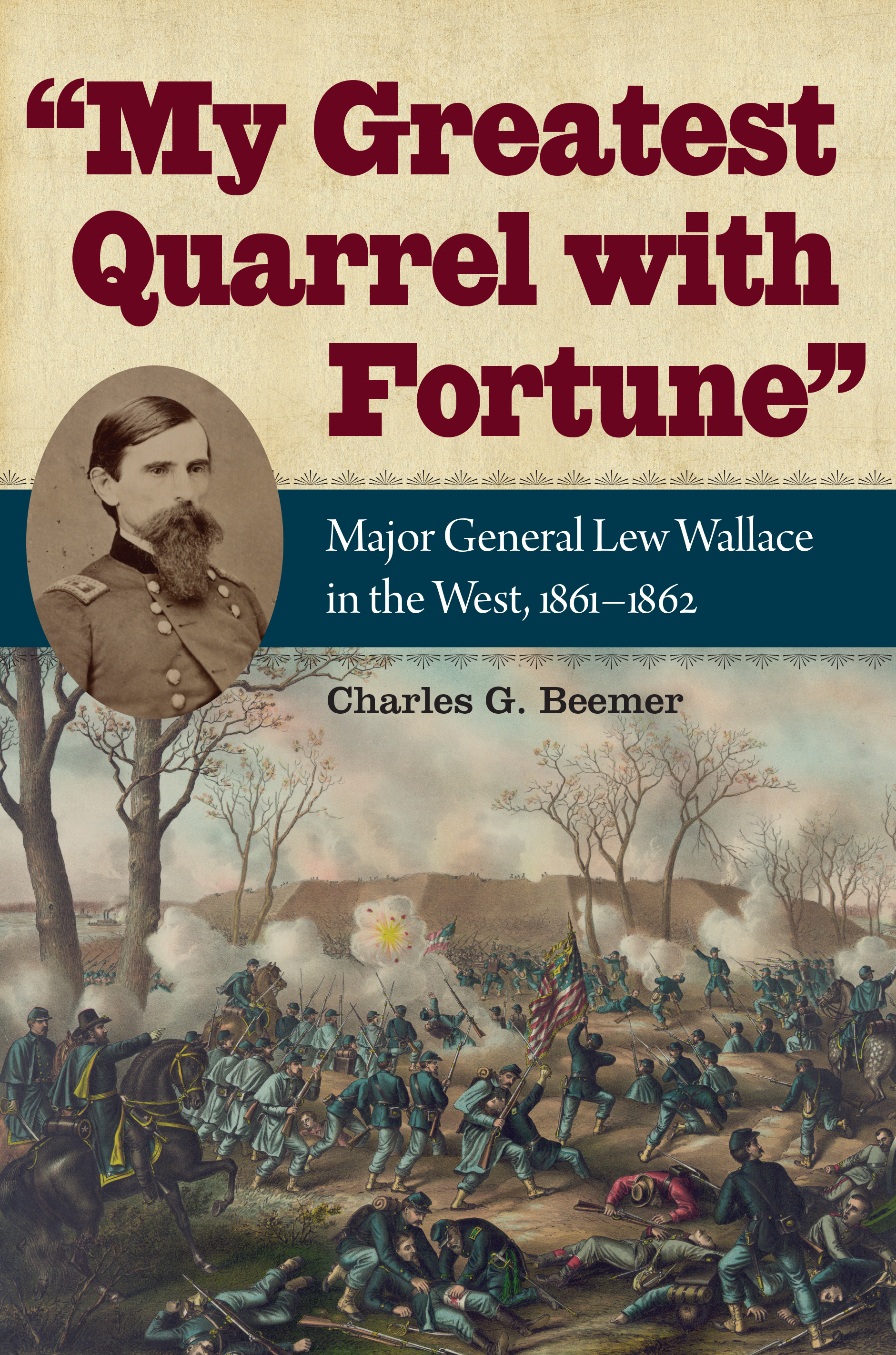 My Greatest Quarrel with Fortune

Who was Lew Wallace's true foe - the Confederacy, General Halleck, General Grant, or himself?

Lew Wallace of Indiana was a self-taught extraordinary military talent. With boldness and celerity, he advanced in less than a year from the rank of colonel of the 11th Indiana to that of major general commanding the 3rd Division at Shiloh. Ultimately, his civilian, amateur military status collided headlong with the professional military culture being assiduously cultivated by Maj. Gen. Henry W. Halleck, a cautious and difficult commander. The fallout was aggravated by Wallace's unwillingness to acknowledge the protocols that sustained the military chain of command. The primary result of the collision was that he failed to realize his most cherished ambition: leading men in battle.

Wallace grew from comparative obscurity to become a model for the civilian, amateur soldier. His participation in the Woolfolk affair in late 1861 personified the difficulties the Lincoln administration had with the army justifying, then enforcing, its official policy of conciliation. Wallace's testimony before the Joint Congressional Committee on the Conduct of the War highlighted that problem anew and galvanized the opposition in his worsening relationship with Ulysses S. Grant. Author Charles G. Beemer's extensive investigation of primary sources reveals that a number of existing interpretations concerning Wallace, Grant, Halleck, Grant's aide John A. Rawlins, and the Union war effort in the West from Fort Henry to Shiloh, either need refurbishing or demand discarding.

Deliberately disobeying a direct order from Grant, Wallace thwarted the probable destruction of the Union right flank at Fort Donelson while simultaneously saving Grant's military career from oblivion. For this, he received little recognition, especially from Grant. At Shiloh, Wallace was absent from the field of battle the entire first day, and a thorough explanation of why this happened has yet to become an integral part of the Shiloh story. Predicated upon Wallace's presumed errors of judgment and alleged lack of productive activity that day, Halleck, Rawlins, and an unwitting but supportive Grant engineered a campaign of silence, thereby casting Wallace into the unofficial role of scapegoat for the failure of Union arms on the Tennessee. Wallace's unrepentant desire for exoneration clashed headlong with an aloof and ungrateful Grant, generating a controversy and a cover-up that lingers even today.

Charles G. Beemer, a retired attorney, earned an M.A. in history from the University of Wisconsin and completed further study toward a Ph.D. in history at Northwestern University. Long familiar with the truths, falsehoods, and fictions that highlight the brief but critical military career of Lew Wallace, Beemer currently serves on the Board of Lew Wallace Scholars sponsored by the Lew Wallace Study. He and his wife Nancy live in western North Carolina.