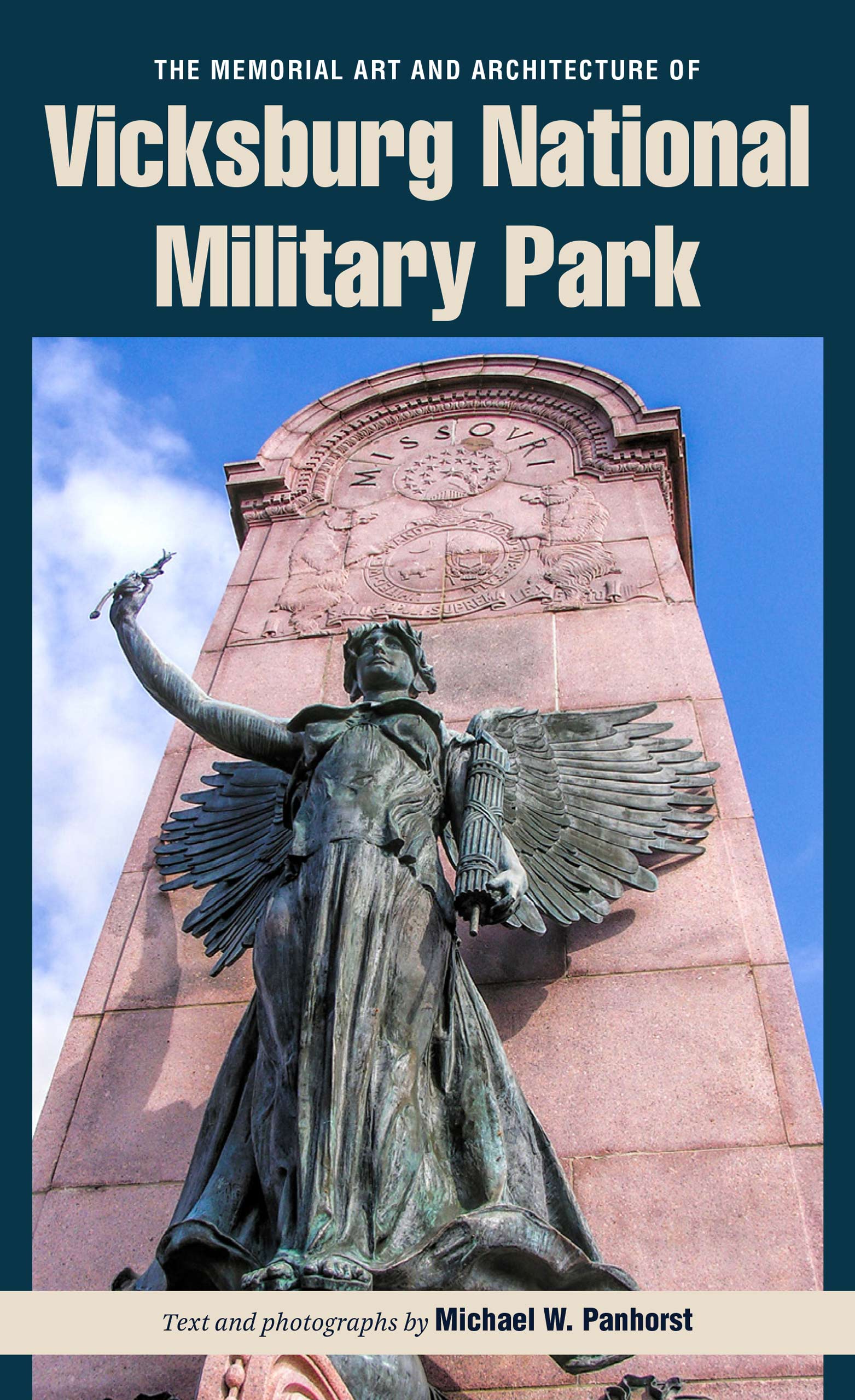 The Memorial Art and Architecture of Vicksburg National Military Park

In the heyday of Civil War commemoration at the turn of the twentieth century, Mississippi’s Vicksburg National Military Park was considered “the art park of the South.” By 1920, more than 160 portrait statues, busts, and reliefs of Vicksburg’s defenders under Gen. John C. Pemberton and the besieging Union army commanded by Gen. Ulysses S. Grant lined the tour route along the earthworks around the Gibraltar of the Confederacy. Most of the memorial art and architecture was built in the classical revival Beaux-Arts style popular following the World’s Columbian Exposition of 1893. The federal government, states, and individual patrons commissioned dozens of sculptors and architects to create these enduring structures, marking the historic battlefield and commemorating the men and events involved in the campaign and siege of Vicksburg.

The Memorial Art and Architecture of Vicksburg National Military Park chronicles the preservation of the battlefield and its establishment as the southernmost of five national military parks formed in the 1890s. It illuminates and illustrates the complex patronage, design, and construction processes—including bronze casting and stone carving—in a fluent fashion appealing to general readers and Civil War buffs, as well as to scholars of collective memory and American cultural history.

This compact guidebook is handy for use in the field (on foot or in the car) and in the comfort of a favorite reading chair. It includes an illustrated driving tour, thematic discussions of Vicksburg’s equestrian monuments and portrait statuary, biographical information about the designers, and a glossary of monument terminology. Panhorst’s insightful analysis and stunning full color photographs of Vicksburg’s memorial art and architecture help readers appreciate fully the beauty and significance of “the art park of the South.”

Michael W. Panhorst is a historian of art and architecture, curator, teacher, and historic preservationist who has participated in the Save Outdoor Sculpture! program of Heritage Preservation and development of the Smithsonian’s Inventory of American Sculpture. He has lectured and published widely about monuments and memorials, and his photographs have been published in Civil War Art, the Alabama Review, Sculpture Review, and Sculpture magazine. His photo essay on the earliest Civil War battlefield monuments is forthcoming in Southern Cultures.