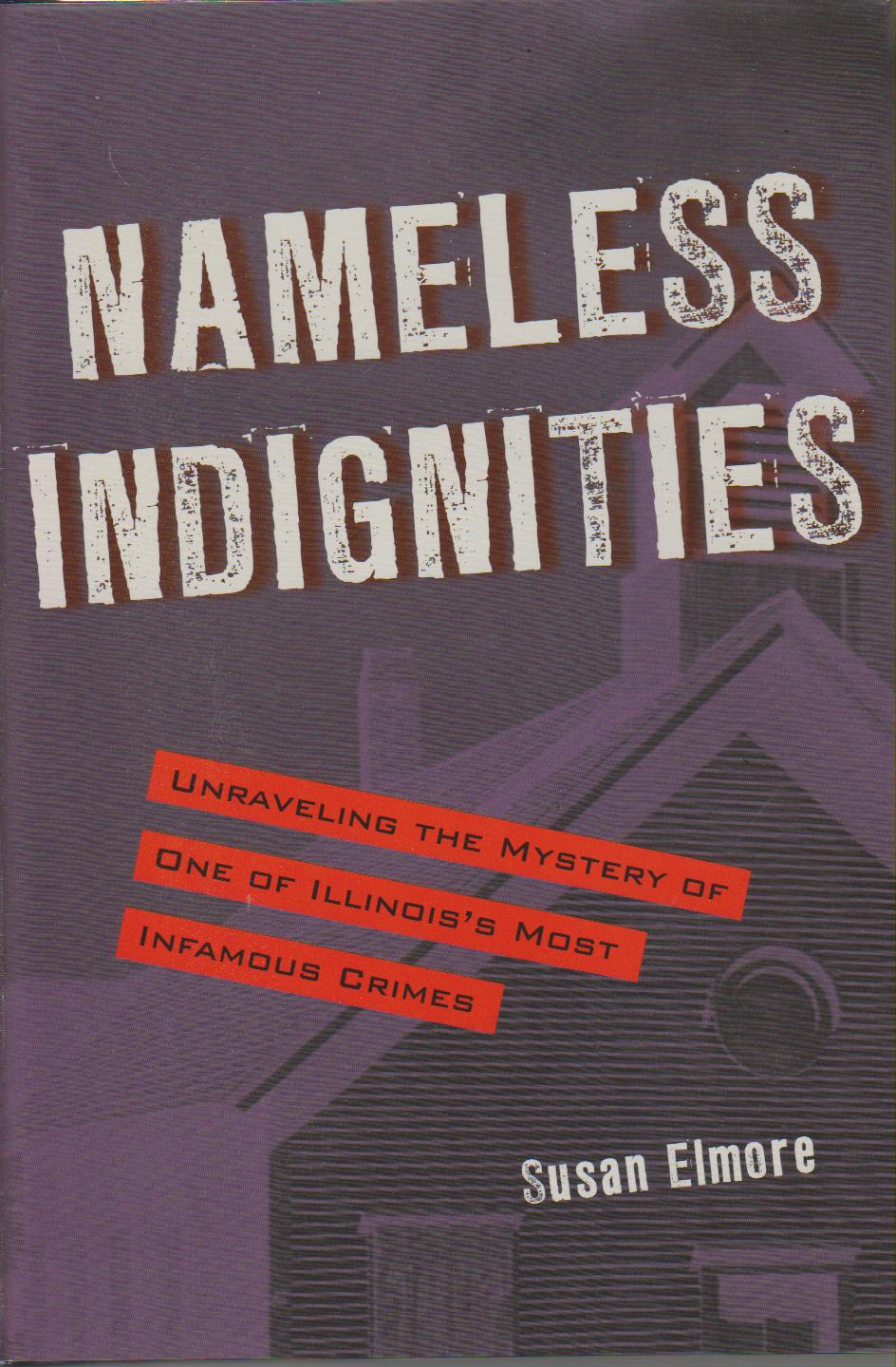 Unraveling the Mystery of One of Illinois's Most Infamous Crimes

Upon discovering that her great-great aunt was the victim and central figure in one of Illinois’s most notorious crimes, author Susan Elmore set out to learn more. She uncovered a perplexing case that resulted in multiple suspects, a lynch mob, charges of perjury and bribery, a failed kidnapping attempt, broken family loyalties, lies, cover-ups, financial devastation, and at least two suicides.

In June 1882, when young schoolteacher Emma Bond was brutally gang-raped and left for dead in her country schoolhouse near Taylorville, Illinois, an enduring mystery was born. The case was covered by newspapers across the country, but some of the injuries inflicted upon the victim were so appalling that the press refused to print the ugliest details, referring to them only as “nameless indignities.” Emma’s life hung in the balance for months, but she survived. Eighteen months went by before three of the six suspects were finally brought to trial. Citizens expected a swift conviction but were shocked to learn of the defendants’ acquittal.

What should have been the end of the Bond story was actually just the beginning. Permanently crippled in the attack, Emma spent time in a sanitarium and was stricken by amnesia. In the years that followed, new theories on the crime emerged. Some suggested that she had concocted her story as a cover-up for an unwanted pregnancy or abortion. Doctors labeled her as a mentally unstable hysteric and a malingerer who purposely lied. Within a decade, the tides turned against Emma and her life began to crumble as she tried to cope with the demons of her past.

At the time, educators, editors, politicians, lawyers, and doctors eagerly weighed in on the case and its ramifications. Doctors of the Victorian era couldn’t agree on anything of a physical or a psychological nature, and as a result, Emma paid dearly. The crime also took a toll on local residents, pitting families and neighbors against one another. The fact that the case was never solved gave it staying power, with unanswered questions and intrigue persisting for decades.

Elmore spent years digging through historical newspapers and documents, trying to crack this whodunit. In the process, she uncovered startling new facts about some of the defendants and based on those discoveries developed her own theory on what really happened. Her theory concludes Nameless Indignities.

A native of Springfield, Illinois, Susan Elmore is a genealogist with thirty years of experience in researching and deciphering the secrets of the past. Her longtime passion for genealogy, history, and true crime was the driving force behind her investigation of this case.