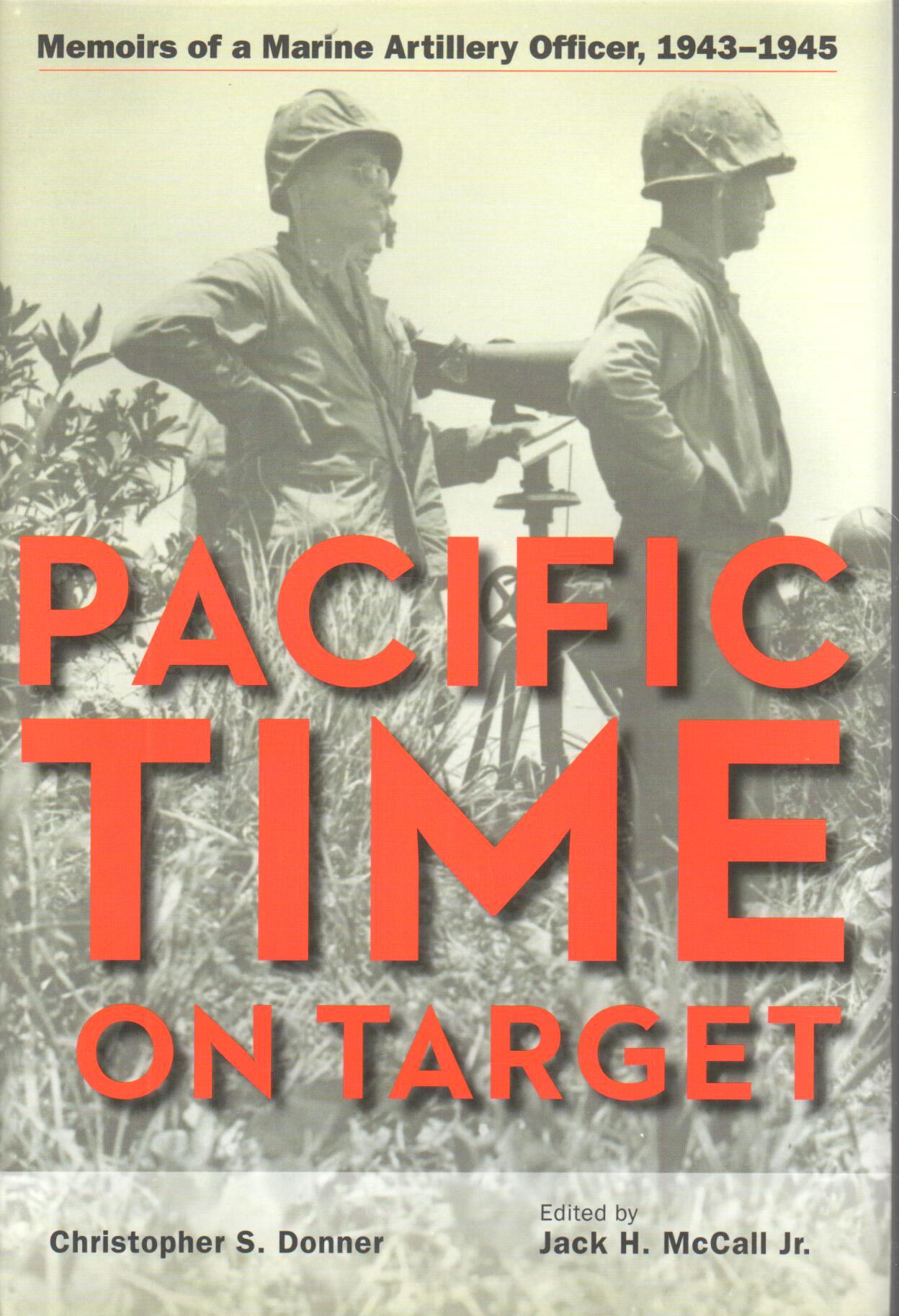 As a married man and Stanford graduate student nearing thirty, Christopher Donner would likely have qualified for an exemption from the draft. Like most of his generation, however, he responded promptly to the call to arms after Pearl Harbor. His wartime experiences in the Pacific Theater were seared into his consciousness, and in early 1946 he set out to preserve those memories while they were still fresh. Sixty-five years later, Donner’s memoir is now available to the public.

During the spring of 1943 Donner joined the Marines’ 9th Defense Battalion and saw his first combat service in the campaign for New Georgia in the Solomon Islands. Due to a large Japanese airfield threatening several Allied bases, New Georgia was the next island group targeted for the Allies’ post-Guadalcanal operations. Donner’s account of the fight for New Georgia is replete with images of lush tropical lagoons and groves shredded by American artillery bombardments and Japanese air raids. With the end of Japanese resistance in the Central Solomons, Donner’s battalion was dispatched in June 1944 to serve in the liberation of the U.S. territory of Guam. When his unit was deactivated and its veterans sent home, Donner was not so fortunate.

In early 1945, Donner was reassigned to the 11th Marines, the 1st Marine Division’s field artillery. His new commander decreed that Donner would serve as a field artillery forward observer—just in time for the invasion of Okinawa. Teeming with close calls and near misses, frank yet sensitive observations of the brutality visited on Okinawa’s civilians, and the horrors of frontline combat, Donner’s account of his service with the “Old Breed” on Okinawa forms the core of his memoir. Donner’s “FO” team accompanied both Marine and Army infantrymen into the bitter fighting at Wana Ridge, the Dragon’s Tooth, and Shuri Castle. Miraculously unscathed by the Okinawa bloodbath, Donner was en route to California for his first opportunity for leave when he learned of the atomic bombs and war’s end.

Besides providing a candid, moving contemporary record of the combat experiences of a Marine Corps officer, Pacific Time on Target is an invaluable account of the harrowing life of an artillery forward observer, as few of these men survived to tell their stories. It will appeal to military historians and general readers alike.

The late Christopher S. Donner was born in Philadelphia in 1912. After graduation from Princeton University, he embarked on a career in academics and teaching. He served as a Marine officer in the Pacific Theater during World War II, later retiring as a Major in the Marine Corps Reserve. After the war, Donner resumed his academic endeavors, serving as a high school teacher and university and college professor for many years. He died at age 99 in 2012.