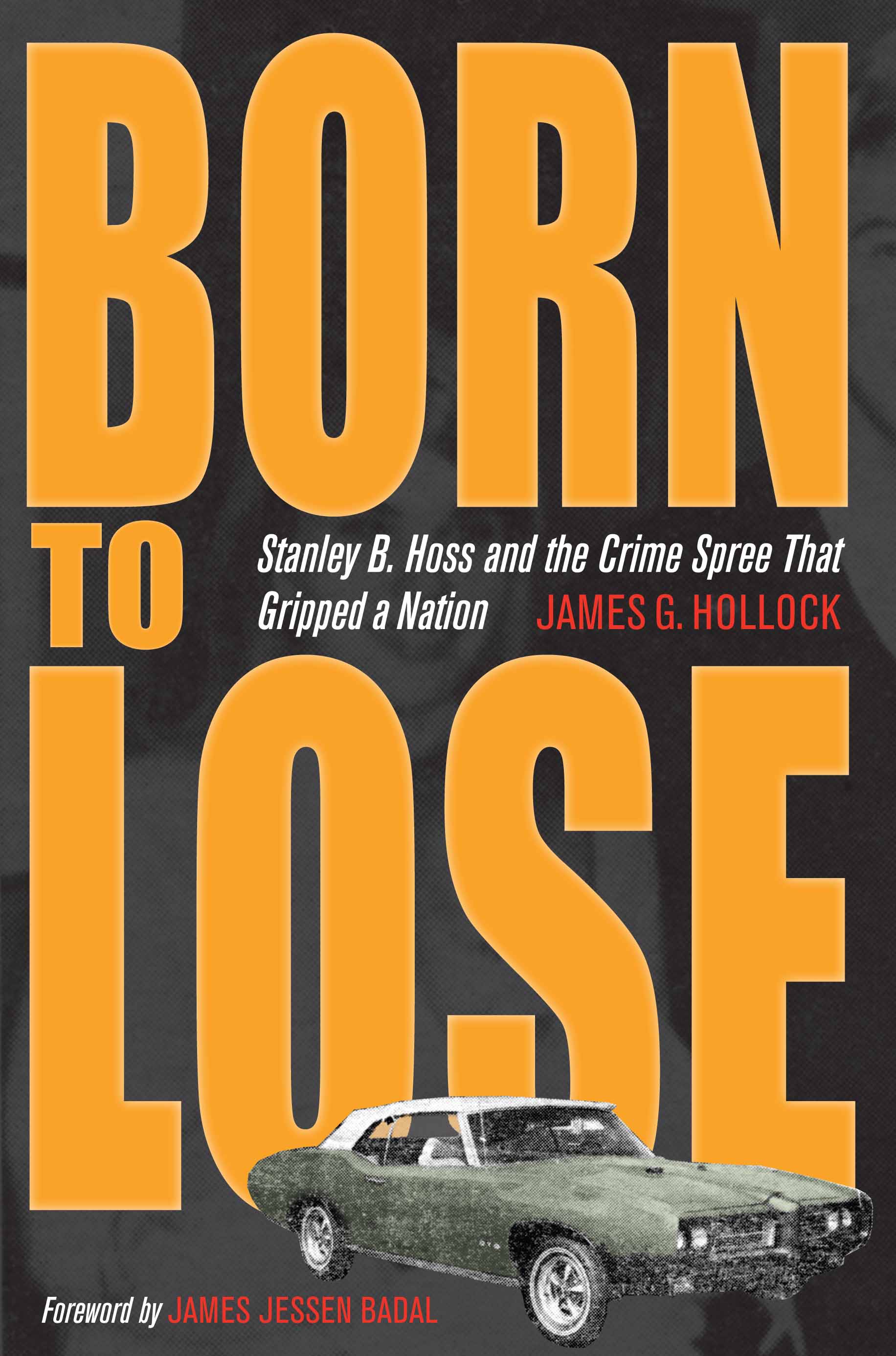 Stanley B. Hoss and the Crime Spree That Gripped a Nation

Stanley Barton Hoss was a burglar, thief, and local thug from the Pittsburgh area. In eight short months in 1969, however, he became a rapist, prison escapee, murderer, and kidnapper; the subject of an intense nationwide manhunt; and one of the FBI’s Ten Most Wanted.

In Born to Lose, author James G. Hollock traces Hoss from his earliest misdemeanors at the age of fourteen to a daring rooftop escape from the Allegheny Workhouse in Blawnox, Pennsylvania, where he was being held on a rape charge, to his killing of police officer Joseph Zanella in Oakmont, Pennsylvania, to the kidnapping near Cumberland, Maryland, and his ultimate murder of Linda Peugeot and her two-year-old daughter Lori in the autumn of 1969. Their bodies have never been found.

Although indicted for the Peugeot kidnappings, these charges were later dropped because it was determined his constitutional right to a speedy trial was denied. Hoss was, however, convicted of the murder of Officer Zanella and initially sentenced to death, and that sentence was subsequently commuted to life in prison. But his killings didn’t end there. In December 1973, while incarcerated at Western Penitentiary, Hoss conspired with two fellow white inmates in the savage murder of the popular and well-respected corrections officer Lieutenant Walter Peterson, one of the first African Americans hired by the Pennsylvania prison system. As a result of this final homicide, Hoss was transferred to an isolation facility in Philadelphia where in 1978 he hanged himself.

By consulting previously sealed state and federal archives and interviewing sixty individuals who witnessed or had significant knowledge of Hoss’s series of felonies, James G. Hollock vividly re-creates the crimes, police dispatches, and court proceedings in this gripping narrative. He poignantly characterizes the players involved, especially those who suffered either directly or indirectly at the hands of Stanley B. Hoss.

James G. Hollock has 30 years of experience with the Pennsylvania Department of Corrections, primarily at Western Penitentiary in Pittsburgh.

James Jessen Badal is assistant professor of English and journalism at Cuyahoga County Community College in Cleveland. He was elected to the board of trustees of the Cleveland Police Historical Society in 2001. He is the author of In the Wake of the Butcher: Cleveland’s Torso Murders (The Kent State University Press, 2001) and Twilight of Innocence: The Disappearance of Beverly Potts (The Kent State University Press, 2005).