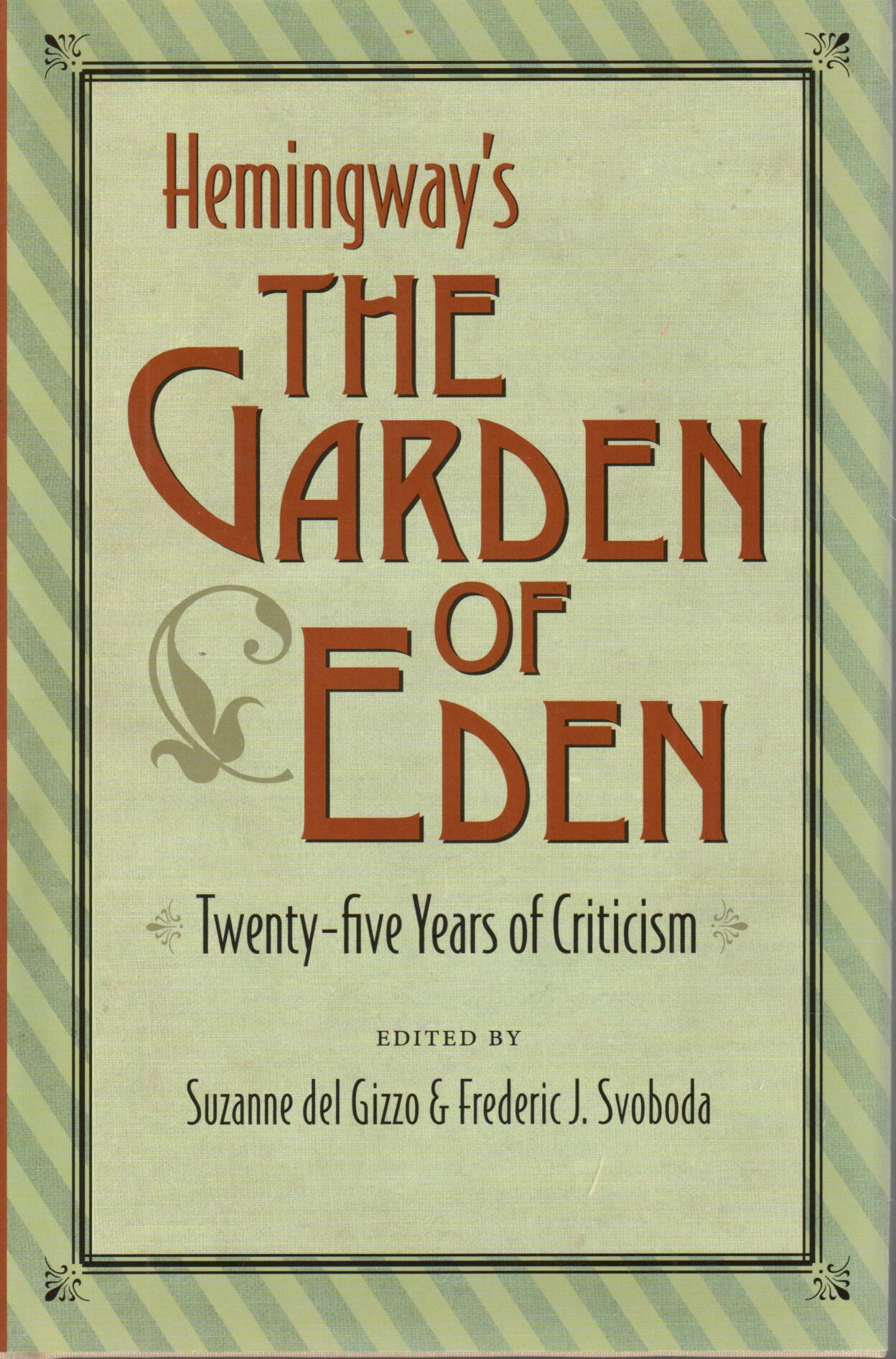 Hemingway's The Garden of Eden

When The Garden of Eden appeared in 1986, roughly twenty-five years after Ernest Hemingway's death, it was a watershed event that changed readers' and scholars' perceptions of the famous American author. Following five months in the life of protagonist David Bourne, a rising young writer of fiction, and his highly intelligent but artistically frustrated wife, Catherine, the novel is unique among Hemingway's works. Its exploration of gender roles and identities, unconventional sexual practices, race, and artistic expression challenged the traditional notions scholars and readers had of the iconic writer, and it sparked a debate that has revolutionized Hemingway studies.

It was also the first of Hemingway's posthumously published novels to garner a storm of criticism regarding the editing of its text. Many comparative studies have been done between the original manuscript, which contains over 2,000 pages, and its heavily edited published version, which has little over 200 pages. Despite the whirlwind surrounding The Garden of Eden, no book-length study of the novel has ever been published - until now.

In Hemingway's The Garden of Eden, editors Suzanne del Gizzo and Frederic J. Svoboda have collected the best essays and reviews - pieces that examine the novel's themes, its composition and structure, and the complex issue of editing a manuscript for posthumous publication - and placed them in a single, cohesive volume. Among the included works are E. L. Doctorow's famous New York Times review "Braver Than We Thought," a new essay by Tom Jenks examining his editing process in "Editing Hemingway: The Garden of Eden," and Mark Spilka's "Hemingway's Barbershop Quintet: The Garden of Eden Manuscript," a precursor to his groundbreaking study of Hemingway's concerns with sex and gender roles, Hemingway's Quarrel with Androgyny.

Hemingway's The Garden of Eden is a must-read text for scholars, students, and readers of Hemingway.

Suzanne del Gizzo is assistant professor of English at Chestnut Hill College in Philadelphia. She received her Ph.D. in English literature from Tulane University in 2003. Her articles and reviews on Hemingway have appeared in The Hemingway Review, Journal of the History of Sexuality, Modern Fiction Studies, and other publications. She is a board member of the Ernest Hemingway Foundation and Society.

Frederic J. Svoboda is chair of the Department of English at the University of Michigan-Flint. He received his Ph.D. in English from Michigan State University in 1978. He is the author of Hemingway and The Sun Also Rises: The Crafting of a Style and the coeditor of Hemingway: Up in Michigan Perspectives.