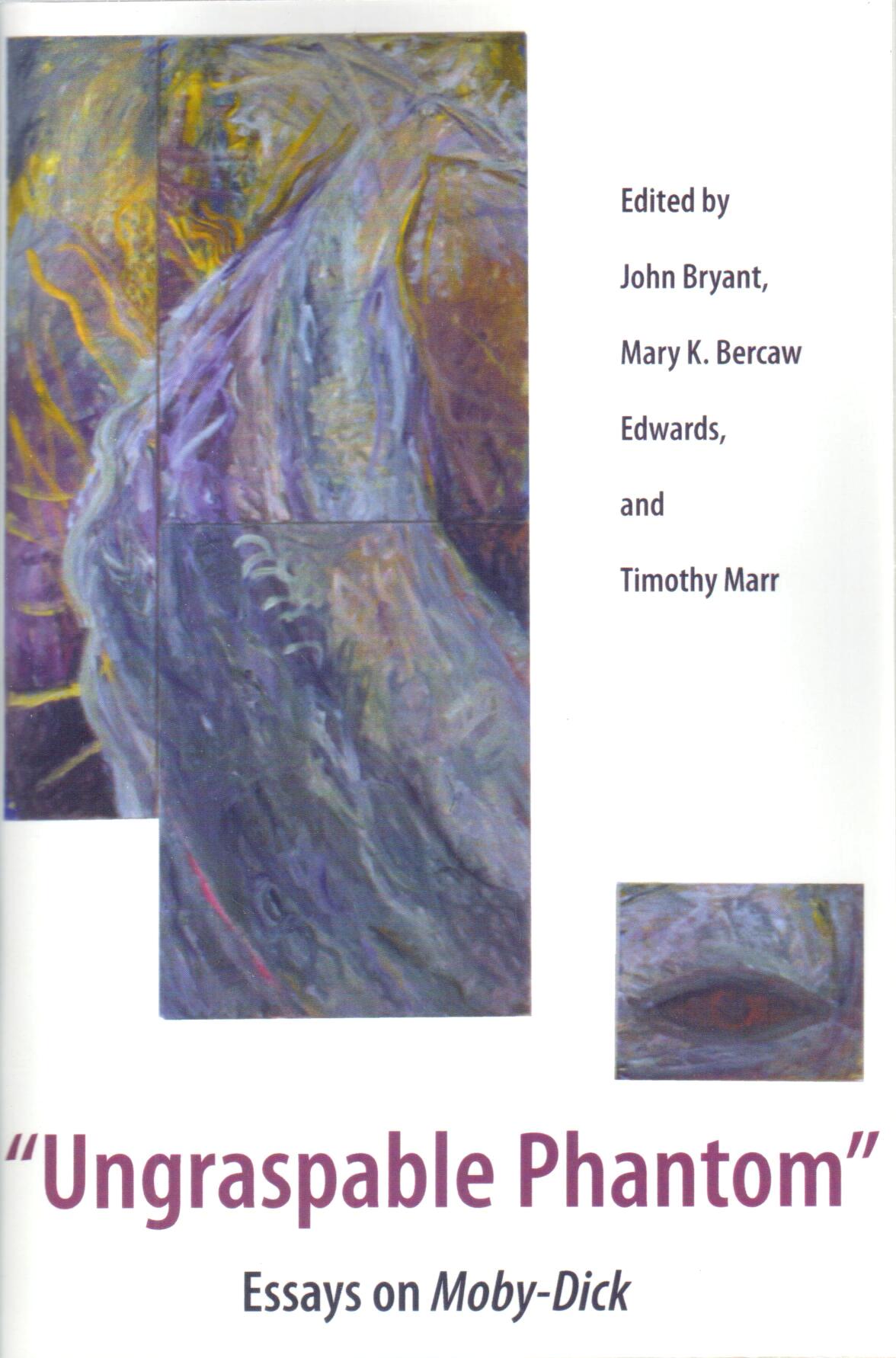 A collection of essays presented at the sesquicentenary Moby-Dick conference

The twenty-one essays collected in “Ungraspable Phantom” are from an international conference held in 2001 celebrating the 150th anniversary of the publication of Moby-Dick. The essays reflect not only a range of problems and approaches but also the cosmopolitan perspective of international scholarship. They offer new thoughts on familiar topics: the novel’s problematic structure, its sources in and reinvention of the Bible, its Lacanian and post-Freudian psychology, and its rhetoric. They also present fresh information on new areas of interest: Melville’s creative process, law and jurisprudence, Freemasonry and labor, race, Latin Americanism, and the Native American.

Scholars, students, and readers of Moby-Dick will find this collection of essays fresh and insightful.

John Bryant is professor of English at Hofstra University and served as editor of the Melville Society Extracts. His other books include Melville and Repose: The Rhetoric of Humor in the American Renaissance, A Companion to Melville Studies, and Melville’s Evermoving Dawn: Centennial Essays.

Mary K. Bercaw Edwards is associate professor of English at the University of Connecticut. Her previous publications include Cannibal Old Me: Spoken Sources Melville’s Early Works, Melville’s Sources (1987) and Herman Melville’s Whaling Years (2004), which she co-edited with Thomas Farel Heffernan.

Timothy Marr is an assistant professor of American studies at the University of North Carolina at Chapel Hill. He is the author of The Cultural Roots of American Islamicism (2006).