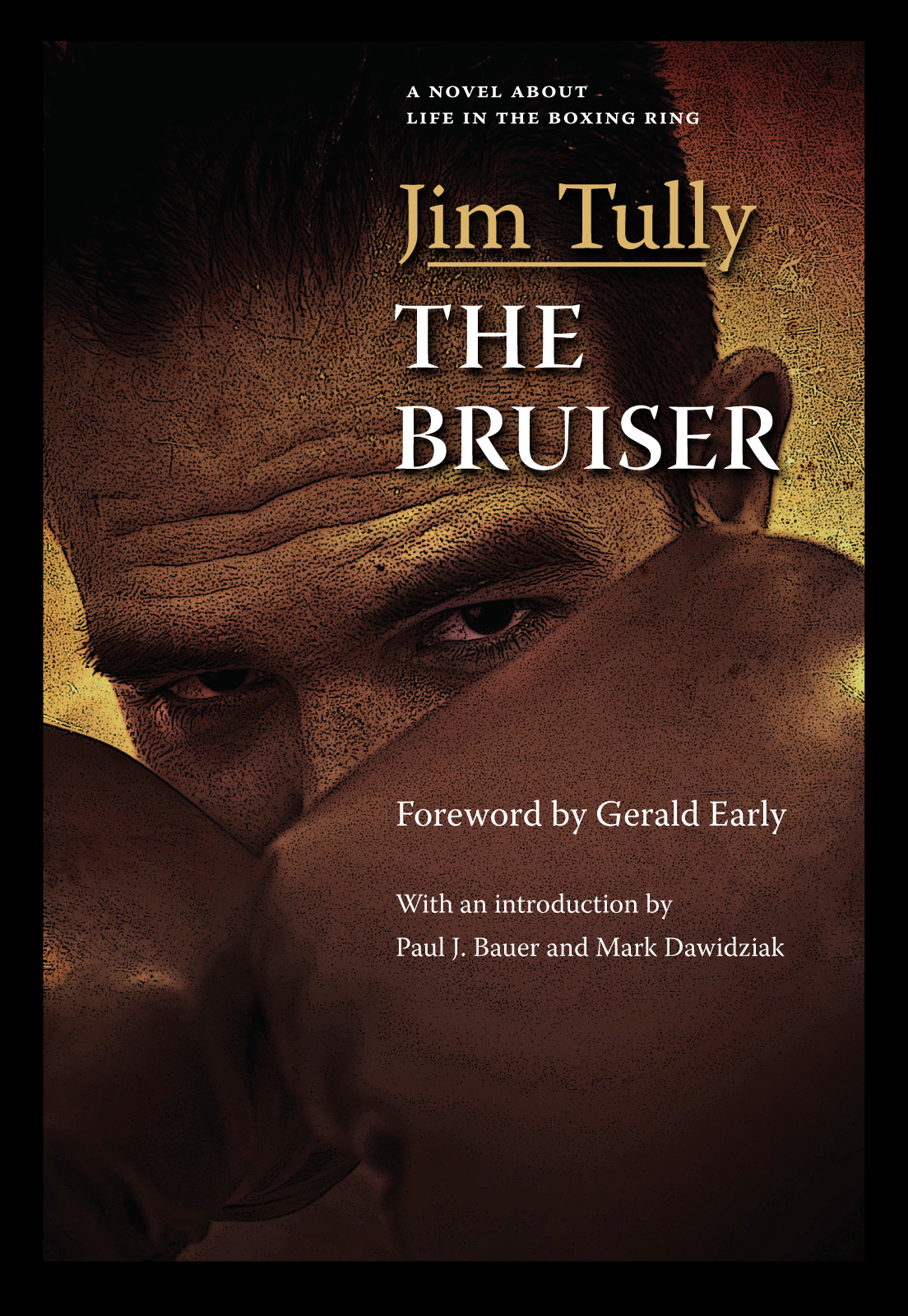 A picture of life in the boxing ring

“Few novelists captured the contradictions of his country so simply or so honestly in the metaphor of the pure, fatalistic, and merciless community of bruising.”—from the Foreword

When The Bruiser was first published in 1936, almost every reviewer praised Jim Tully’s gritty boxing novel for its authenticity—a hard-earned attribute. Twenty-eight years before the appearance of The Bruiser, Tully began a career in the ring, fighting regularly on the Ohio circuit. He knew what it felt like to step inside the ropes, hoping to beat another man senseless for the amusement of the crowd. Having won acclaim in the 1920s for such hard-boiled autobiographical novels as Beggars of Life and Circus Parade, Tully thus became both fighter and writer. “It’s a pip of a story because it is written by a man who knows what he is writing about,” said sportswriter and Guys and Dolls author Damon Runyon. “He has some descriptions of ring fighting in it that literally smell of whizzing leather. He has put bone and sinew into it, and atmosphere and feeling.”

The Bruiser is the story of Shane Rory, a drifter who turns to boxing and works his way up the heavyweight ranks. Like Tully, Shane starts out as a road kid who takes up prizefighting. While The Bruiser is not an autobiographical work, it does draw heavily on Tully’s experiences of the road and ring. Rory is part Tully, but the boxers populating these briskly paced chapters are drawn from the many ring legends the writer counted among his friends: Jack Dempsey, Joe Gans, Stanley Ketchel, Gene Tunney, Frank Moran, and Johnny Kilbane, to name a few. The book is dedicated to Dempsey, the Roaring Twenties heavyweight champion, who said, “If I still had the punch in the ring that Jim Tully packs in The Bruiser, I’d still be the heavyweight champion of the world today.”

More than just a riveting picture of life in the ring, The Bruiser is a portrait of an America that Jim Tully knew from the bottom up.

Paul J. Bauer is a used and rare book dealer in Kent, Ohio. He is the coauthor of Frazier Robinson’s autobiography, Catching Dreams: My Life in the Negro Baseball Leagues (1999).

Mark Dawidziak has been the television critic at the Cleveland Plain Dealer since 1999. A theater, film, and television reviewer for about thirty years, his many nonfiction books include The Barter Theatre Story: Love Made Visible (1982), The Columbo Phile: A Casebook (1989), Mark My Words: Mark Twain on Writing (1996), The Night Stalker Companion: A 25th Anniversary Tribute (1997), Horton Foote’s The Shape of the River: The Lost Teleplay about Mark Twain (2003), and The Bedside, Bathtub & Armchair Companion to Dracula (2008). He is also a novelist and a playwright.