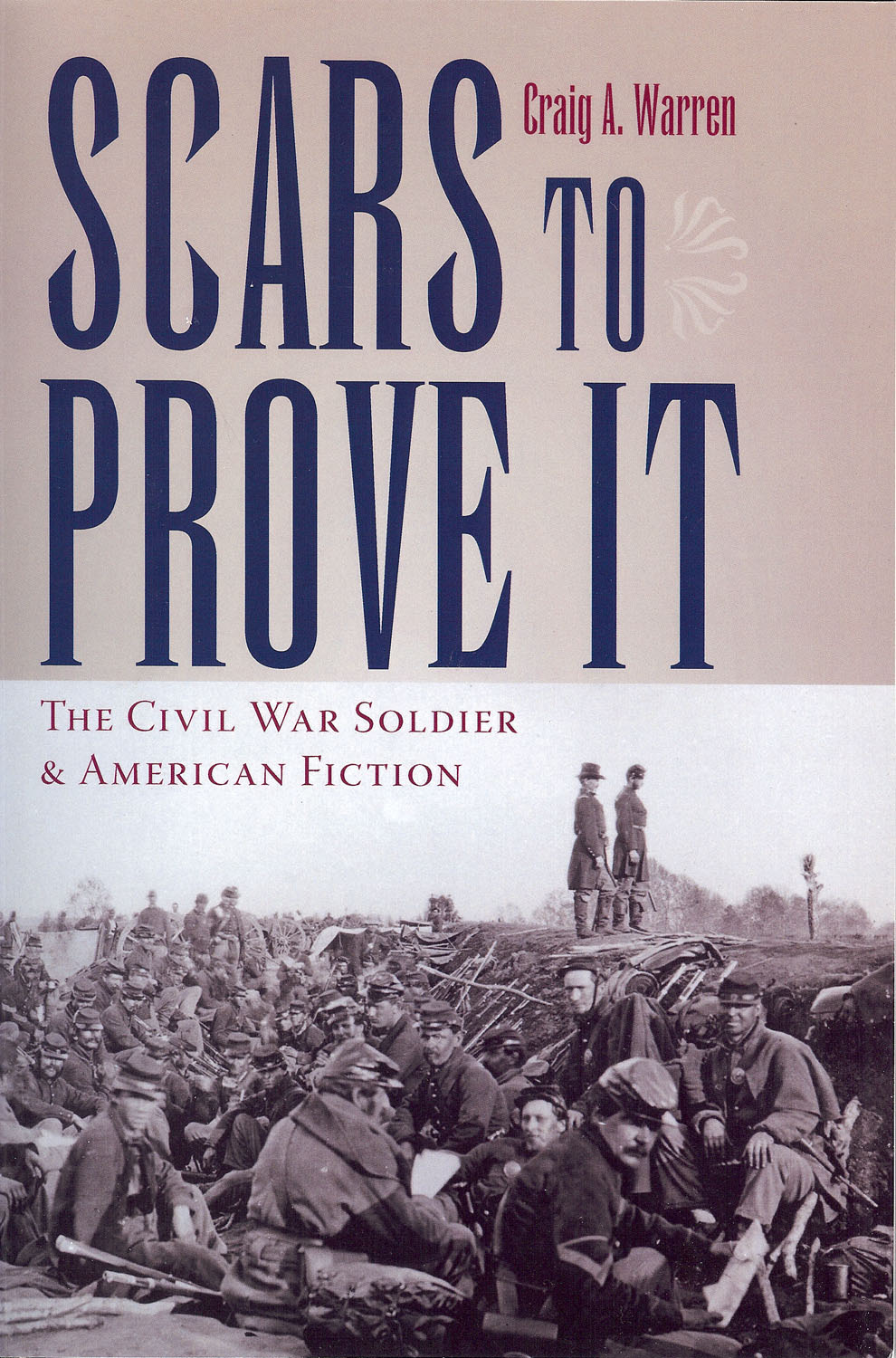 Scars to Prove It

“When the first cannon sounded over Charleston Harbor in 1861, it announced the beginning of an American literary phenomenon. Readers North and South hungered for imaginative writing about the escalating war, and canny publishers were swift to deliver. . . . Today even the most conservative estimate would place the total number of Civil War novels at well over one thousand, and this figure does not account for the thousands of war-related stories published in journals, newspapers, and magazines since 1861.”—from the Introduction

This examination of the interaction between fictional representations of the Civil War and the memoirs and autobiographies of Civil War soldiers argues that veterans’ accounts taught later generations to represent the conflict in terms of individual experiences, revealing how national identity developed according to written records of the past.

Author Craig A. Warren explores seven popular novels about the Civil War—The Red Badge of Courage, Gone with the Wind, None Shall Look Back, The Judas Field, The Unvanquished, The Killer Angels, and Absalom, Absalom! His study reveals that the war owes much of its cultural power to a large but overlooked genre of writing: postwar memoirs, regimental histories, and other narratives authored by Union and Confederate veterans. Warren contends that literary scholars and historians took seriously the influence that veterans’ narratives had on the shape and character of Civil War fiction.

Scars to Prove It fills a gap in the study of Civil War literature and will appeal to those interested in the literature, military writing, and literary studies related to the Civil War.

Craig A. Warren is assistant professor of English at Penn State Erie, The Behrend College.