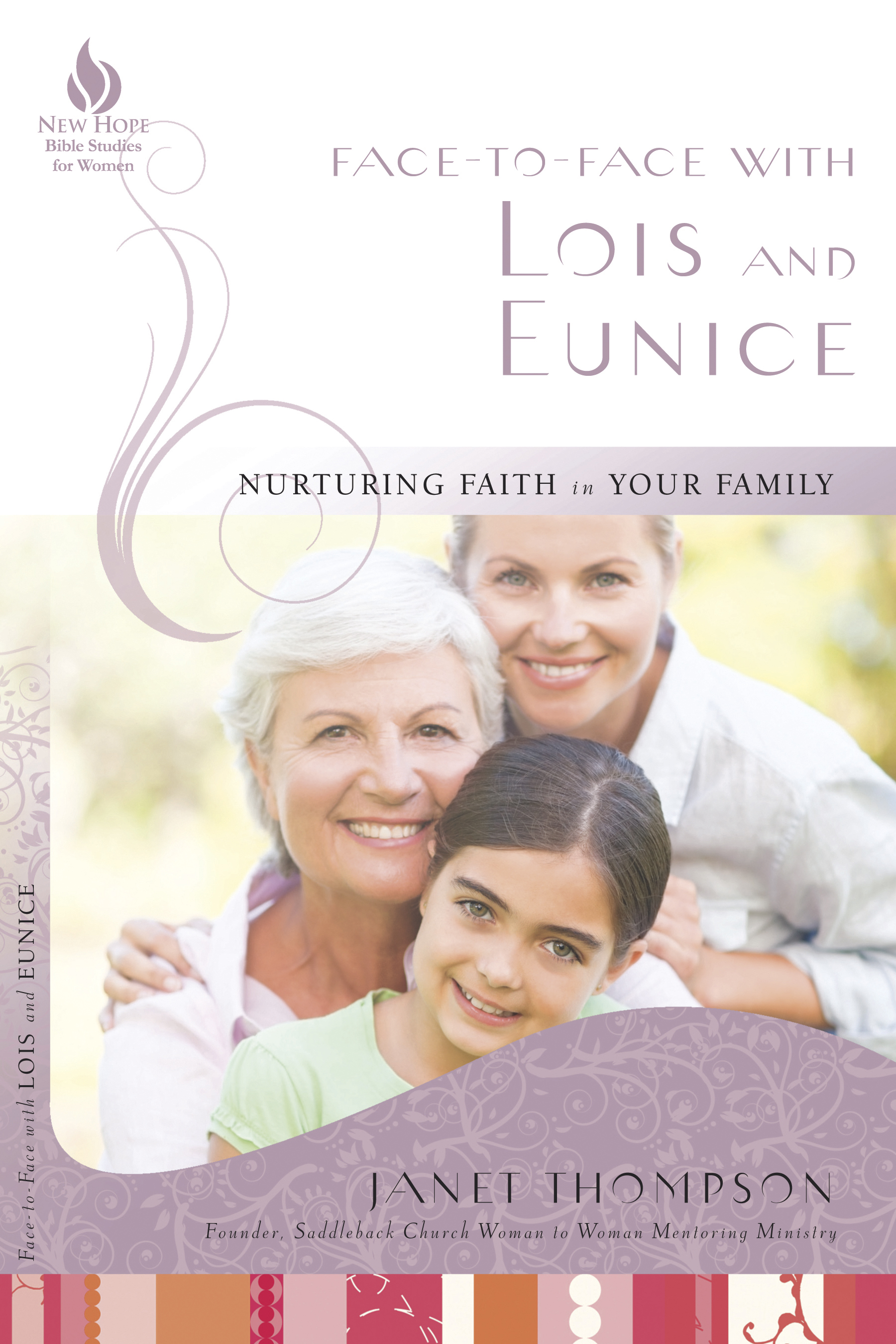 Face-to-Face with Lois and Eunice

Nurturing Faith in Your Family

Lois and Eunice followed the numerous Scriptures instructing one generation to pass on their faith to the next generation, and young Timothy grew up to be a second-generation leader of the early church. Often mentoring focuses on reaching out to others, but as parents and grandparents the first line of mentoring should be within your own family, a concept repeated throughout the Bible. The Bible has many devastating examples of parents who were poor role models or didn’t rear their children to know God, as well good and faithful parents whose children wandered away from God. Face-to-Face with Lois and Eunice focuses on how women today can be grandmothers, mothers, aunts, and mentors whose faith takes root in the next generation.

Janet Thompson, founder and director of About His Work Ministries, is the recognized author of the “Dear God” series and is a speaker on topics relevant to today’s Christian. Janet developed the Woman to Woman Mentoring Ministry at Saddleback Church, served as a lay minister for 12 years leading Saddleback’s Woman to Woman Mentoring Ministry, and she continues to share the blessings of mentoring by training churches around the world. Dave and Janet have four married children and love being Grammie and Grampa to 11 beautiful grandchildren.