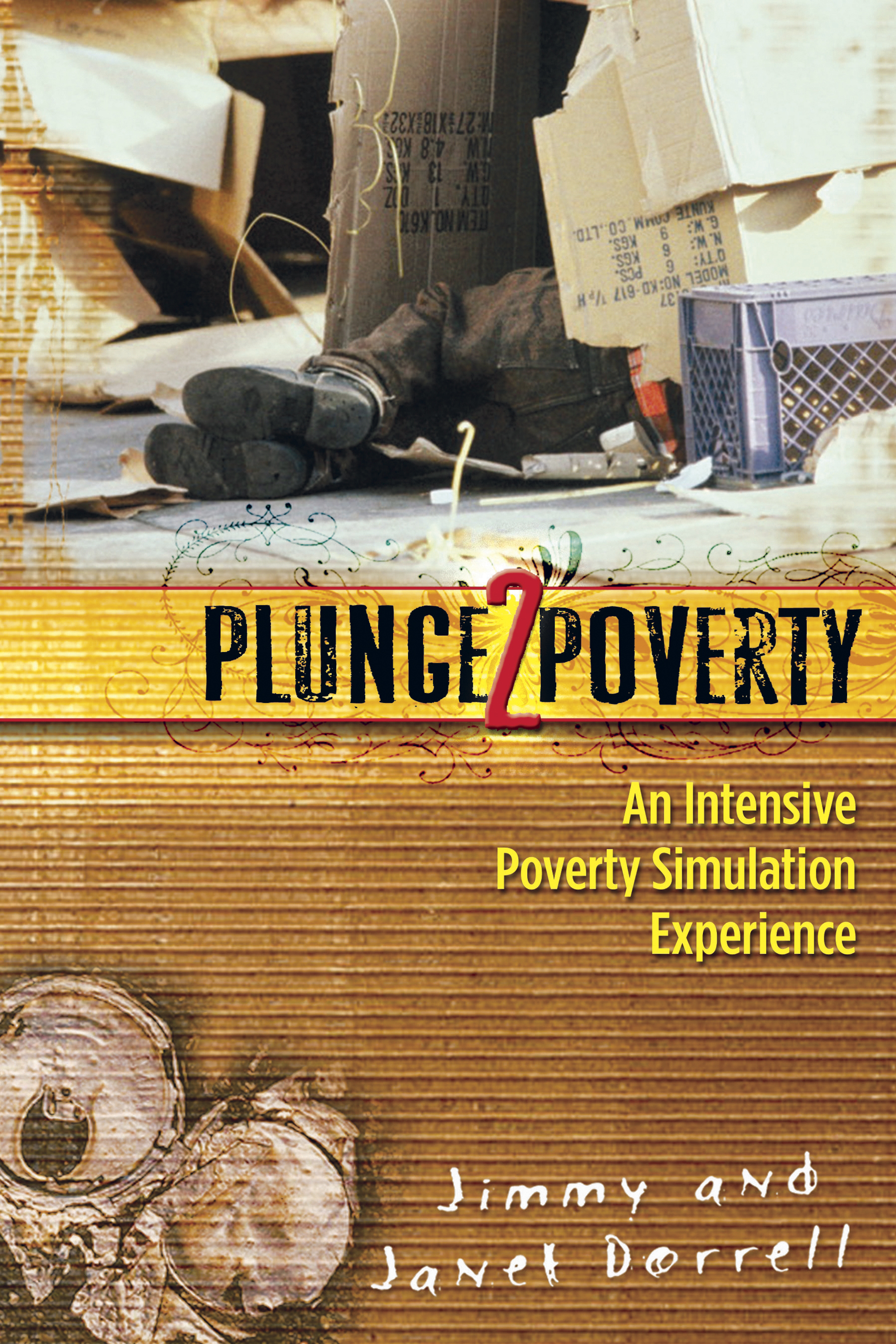 Plunge2Poverty is a guidebook to help group leaders plan a weekend event for students or adults to experience the real challenges and dilemmas of living in poverty. In this 42-hour “plunge,” participants give up their own possessions and comforts to become one of the poor from Friday evening through Sunday afternoon. This intensive experiential learning event challenges individuals and groups to face the harsh realities of poverty in the world and spurs action and compassion among believers.

Jimmy Dorrell is the pastor of Church Under the Bridge, an interdenominational church that grew from a Bible study with five homeless men in Waco, Texas, in 1992 underneath an interstate bridge. Today, there are 300 diverse people of many races and economic backgrounds who meet outside under the same interstate bridge each week. Dorrell is no stranger to ministry among the poor. While still in his 20s, Dorrell and his wife sold their home and traveled the world to witness world poverty firsthand. They returned to Waco and purchased a 4,000-square-foot house occupied by a woman with 40 cats, two mentally ill veterans, and a wild 19-year-old. They have lived there for 27 years, using the space as a harbor for ministry. Dorrell and his wife, Janet, founded Mission Waco in 1992, a Christian, holistic nonprofit to empower the poor. Dorrell remains Mission Waco’s executive director. Dorrell holds an MDiv from Southwestern Baptist Theological Seminary, an MA in environmental studies from Baylor University, and a DMin from Eastern Baptist Theological Seminary. He is on the board of the Heart of Texas Homeless Coalition and has founded four nonprofits that benefit the poor. He has written for numerous newspapers and periodicals and is an adjunct professor teaching urban mission classes at George W. Truett Theological Seminary and civic education classes at Baylor University. He and his wife, Janet, have four children, Seth, Josh, Zach, and Christy.