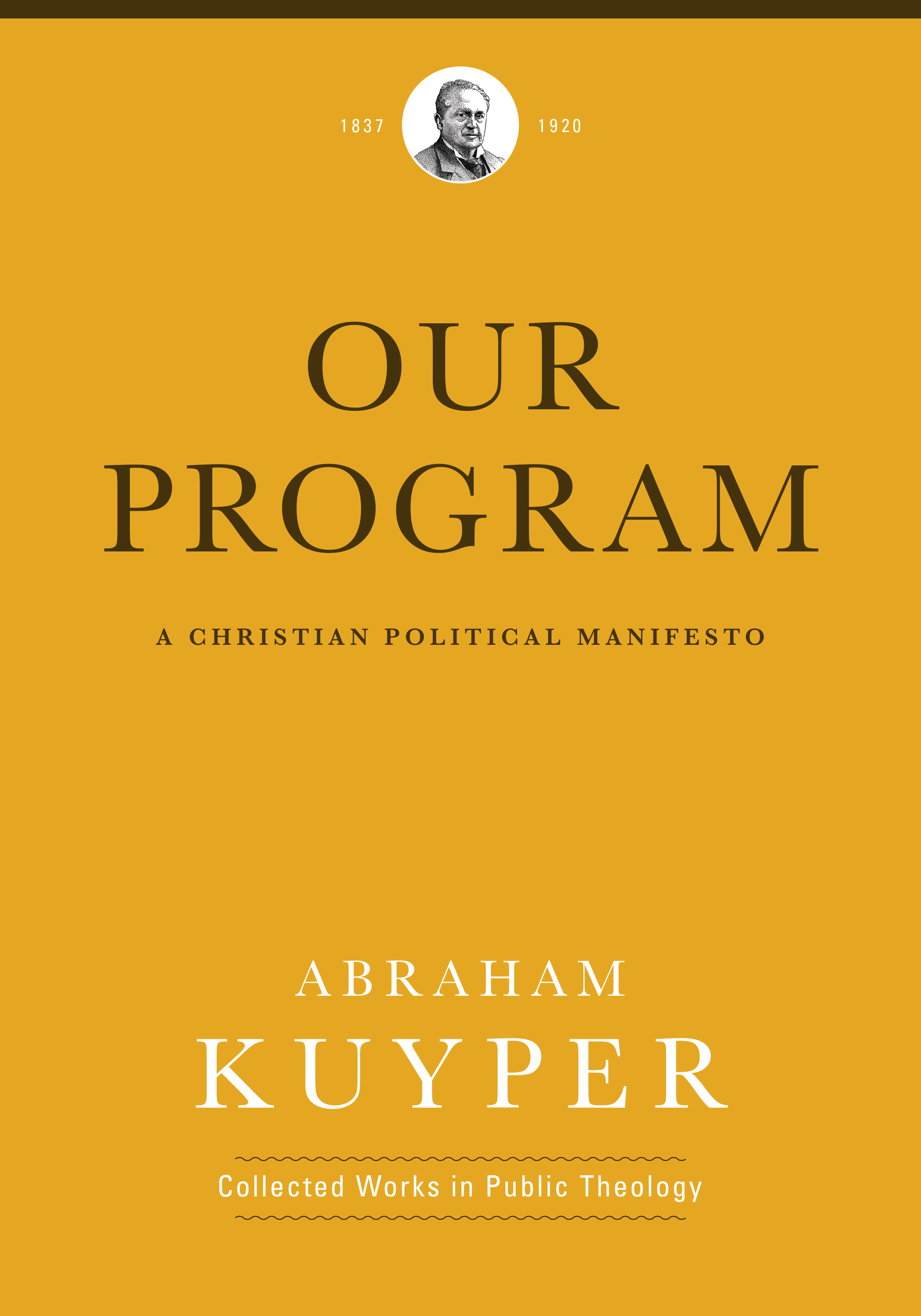 What are the political and social implications of the gospel?

In Our Program, Abraham Kuyper presents a Christian alternative to the secular politics of his day. At that time, the church and state were closely tied, with one usually controlling the other. But Kuyper's political framework showed how the church and state could engage with each other while remaining separate. His insights, though specific to his time and place, remain highly relevant to Christians involved in the political sphere today.

This new translation of Our Program, created in partnership with the Kuyper Translation Society and the Acton Institute, is part of a major series of new translations of Kuyper's most important writings. The Abraham Kuyper Collected Works in Public Theology marks a historic moment in Kuyper studies, aimed at deepening and enriching the church's development of public theology.

Harry Van Dyke was born in Rotterdam, Holland, and at the age of twelve moved with his parents and six siblings to Canada. He earned a BA at Calvin College and a DLitt at the VU University Amsterdam. He has published a score of articles, numerous translations, and a book, Groen van Prinsterer's Lectures on Unbelief and Revolution (1989), besides editing anthologies of the writings of S. U. Zuidema and M. C. Smit.

For twelve years he served as research fellow and instructor in theory and philosophy of history at the VU University Amsterdam, then taught history at Redeemer University College for twenty-three years. Since his retirement he has given direction to the Dooyeweerd Centre for Christian Philosophy and has been involved in several translation projects. He and his wife have two adult daughters and two grandchildren. They reside in Hamilton, Ontario, where they are members of a local Christian Reformed church.