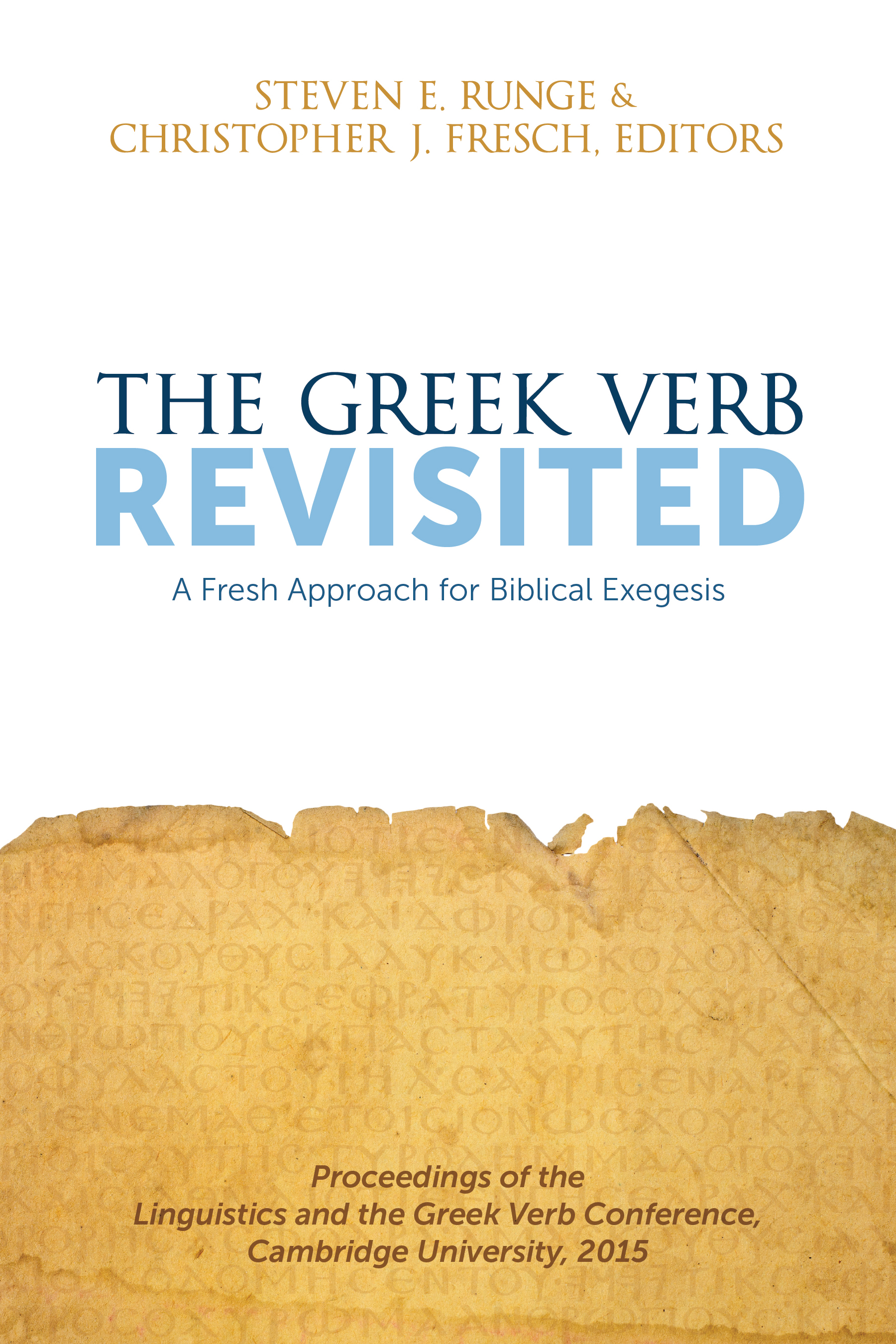 A Fresh Approach for Biblical Exegesis

New Testament studies have debated the Koine Greek verb for 25 years--reaching an impasse when it came to both tense and aspect.

Now, a group of scholars offer a new take on this debate. Originally presented as part of a conference on the Greek verb at Tyndale House, Cambridge, the chapters in The Greek Verb Revisited represent scholarly collaboration from the fields of linguistics, classics, and New Testament studies--resulting in a new perspective that allows the reader to approach the Greek verb in a fresh way.

The Greek Verb Revisited not only offers a rare glimpse into the background of the debate over the Greek verb, but also explains the significance of this discussion and provides a linguistically-sound way forward.

Christopher J. Fresch (PhD, University of Cambridge) teaches biblical languages and Old Testament at Bible College of South Australia, an affiliated college of the Australian College of Theology. His research focuses on Greek and Hebrew languages, linguistics, and the Septuagint.