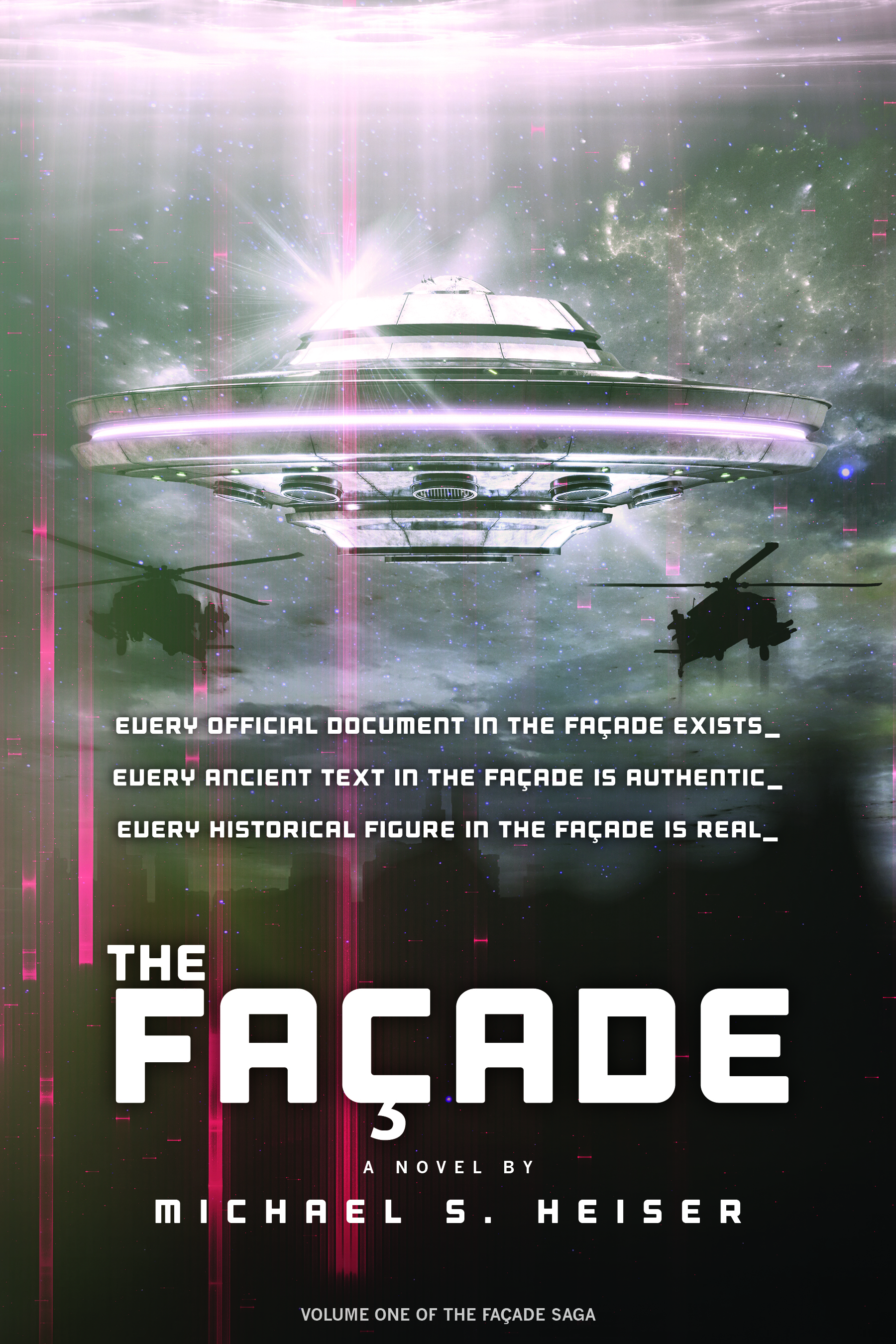 Haunted by his parents' death and his career failures, Dr. Brian Scott has begun to settle for the life he's been given.

Until he's kidnapped by military insiders known as The Group.

Brian and a team of world-class scholars are given a confidential mission: To prepare humanity for a new reality. They are here. But as the government's involvement with extraterrestrials is revealed, strange things begin to happen.

Something isn't right. Unpeeling layer after layer of deception and counter-deception, Brian moves toward a shocking revelation that will forever alter how humanity sees itself.

Every document cited in The Façade actually exists.

Every ancient text discussed in The Façade is authentic.

Every historical figure referred to or quoted in The Façade is real.

Michael S. Heiser is a senior writer for Bible Study Magazine and a scholar-in-residence at Faithlife Corporation. He has also served as academic editor for the Faithlife Study Bible and is author of The Unseen Realm: Recovering the Supernatural Worldview of the Bible and the fiction series The Facade Saga.